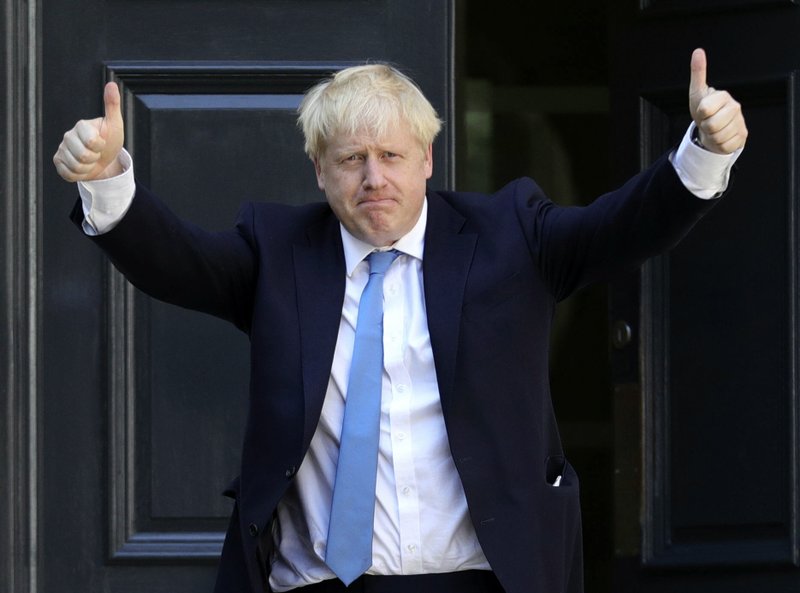 Small economies become successful when they overcome the tyranny of size and geography by exporting to larger, faster growing regions and countries. Since 1990, this has been the Irish export story. Brexit is just the latest event in the ongoing process of de-coupling from the orbit of the UK that began politically one hundred years ago and accelerated economically about thirty years ago. These structural changes in the Irish economy are continuing apace and Brexit will accelerate them.

In truth, it could well be a blessing. Put simply, the more demented our neighbour looks, the more sane Ireland appears by simply doing nothing. In a globalised world, where capital and talent flow freely, sanity should not be underestimated.

However, taking such a cosmopolitan view demands having a framework within our heads to understand the globe, particularly when there is so much political uncertainty around. So are there any shortcuts we can take to assess the changing world economy?

The triumvirate of prices

Many years ago an old boss of mine on a City trading floor advised me that I needed to pay attention to three significant prices at critical junctures. These three prices tend to move together and can tell us a lot about the future if we understand how they link. The triumvirate of prices is: the US long bond rate; the level of the dollar; and the oil price.

If the US long bond (the long term interest rate at which the US government borrows) is falling, it means that the market expects the US economy to slow or even begin to flirt with recession. Falling long term interest rates imply that the Federal Reserve believes inflation will be falling in the future because demand will be weak. If this rate has been falling over a year or is pointing downwards, the implication is that a slowdown is under way or will be. Normally, this is associated with a fall in the dollar because, again, if the interest rate underpinning the dollar is falling, then the dollar is less attractive than other currencies and it should be falling too. And the third price, the price of oil, should also be falling because the US is the biggest oil consumer on the planet and if US growth is going to slow, then US oil demand will slow too and the price of oil should be falling.

Therefore, these three critical prices should move together. They should all point downwards at more or less the same time in a downturn and upwards in an upswing. Until very recently these relationships held and you could form a view of the world by reading these financial tealeaves. But not anymore.

Today, there are some contradictions that we need to digest, underscoring how hard it is to use old rules for our new interlinked global economy.

Over the past year the long bond rate has fallen from over 3 per cent to just over 2 per cent. This is a big 1 per cent fall. In absolute terms, it’s a drop of over 30 per cent in one year and should be consistent with a US economy that is stagnant, where unemployment is rising and the stock market is falling to discount the coming recession. But this is not the case. The US economy is roaring – even at this late stage in the cycle. Unemployment is still falling and the stock market has never been higher. It may well be peaking, but the headline data are still robust.

The falling long bond should also be pushing the dollar down. But again, this relationship may have been held in the past, but not now. The dollar is rising against major currencies because financial markets believe that even if the US were to weaken, other economies are even weaker. This is particularly the case in Europe where industrial data has been markedly soft, implying lower interest rates in Europe from now pushing the euro down and the dollar up.

The third price is the price of oil – which should be falling in tandem with the long bond. But it is not. The price of oil rose from $43 a barrel to over $60 and is now down again at $55 over the past two years.

Why would the price of oil, so dependent on US demand and Opec’s supply management holding, have risen so dramatically given the movements in interest rates? Donald Trump’s sabre rattling in Iran provides the key. If the US president wants a little pre-election low-level conflict in the Gulf, a scrape with Iran might be cynical, but would enflame MAGA patriotism so essential for the Trump electoral machine. So, oil prices could stay high at least until the US-residential face-off.

All this means that the old way of looking at the world economy, where major prices move together, is not as reliable as it once was. There are simply too many erratic variables.

As a result, a small country like Ireland, plugged into the global business cycle, needs to stay open for business and open to talent. Looking ahead to the next few weeks, when it comes to negotiating bottom lines, maybe Ireland should not be as absolutist as others. Unlike big countries, small countries depend on soft power and agility, not hard power and muscle. Small countries need to play the long game, remaining flexible and open, when all around us are being rigid and closed.

Compromise is a sign of strength, not weakness but you can only compromise if the other side is prepared to compromise too. We understand the ground rules  of the weak because we have been weak for many years, unfortunately the UK is new to this position and might make a few elementary errors as it come to terms with its new reduced circumstances. This risk is increasing by the hour.