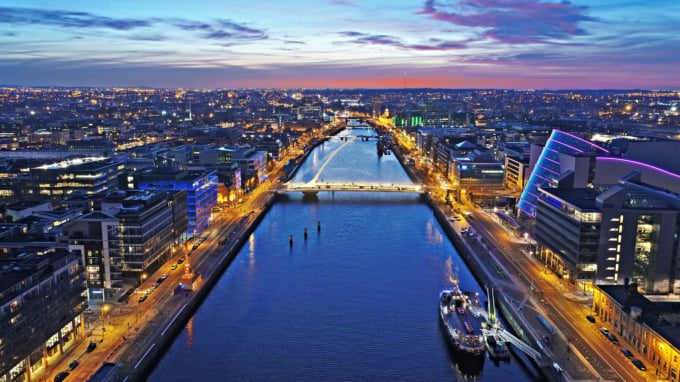 It’s pretty clear that we will have an election in the next six months. Although most of the debate will focus on domestic issues, particularly what can be termed supply issues, such as housing and transport, it is a good exercise, at the start of the year, to stand back and take stock of what is likely to be happening outside this jurisdiction.

1. The shape of Brexit

After three years of angst and a final, tortuous withdrawal agreement, a hard Brexit will be back on the table. The European Union will stick to its guns, telling the UK that if it wants a free-trade agreement, the UK will not be allowed to undercut the EU on environmental, financial or labour regulations or legislation. This will impede the UK’s ability to “go it alone”.

Boris Johnson, the British prime minister, will have to choose between UK business – which wants a free-trade agreement at all costs – and his own backbenchers who want to set the UK on a Singapore-on-Thames model, which implies lower bars on environmental and labour legislation.

Johnson will be reluctant to risk the economic impact of trade barriers with the EU, especially as he intends to borrow hugely to satisfy his new constituency in the north of England. His previous form suggests he will opt for a Brexit in name only. This means close(ish) alignment with the EU.

Trade talks come down to power. Johnson needed to sound nationalistic ahead of last month’s UK general election, but, now that he has won, pragmatism should reign. With his parliamentary majority he will be able to whip the party behind whatever strategy makes most sense for the economy.

Expect a change of leadership for the DUP. Should Jeffrey Donaldson take over, he is likely to move the party away from the hardline stance that made it a laughing stock in terms of both tactics and presentation. In the UK election the Alliance Party and the SDLP made significant gains.

But two factors continue to dominate. The first is that, although the centre ground did well in the election, the big trend in the North is the demographic shift towards nationalism. This demands a new conversation on the island about the way forward.

Second, the latest figures from the UK show that Northern Ireland had the worst-performing part of the UK economy in 2019 – a very poor performance, particularly when the rest of the island is booming.

3. Division in the US

In the United States, impeachment, further division and the presidential election will dominate the early part of the year. The US economy has done better than most people expected, driven largely by high consumer spending. But it is late in the cycle now, and there are lots of vulnerabilities that are typical of a late-cycle economy, such as its current-account and budget deficit – the former driving economic nationalism, the latter exacerbated by the fact that all the presidential candidates are promising to spend more.

In terms of the economy and the election, president Donald Trump might get lucky, with the economy wringing the last few quarters of growth out of a 10-year recovery. He is likely to fight the election on a successful economy – a powerful political message.

In terms of US politics, there are two issues of note. The first is that the destruction of the Labour Party in the UK might be telling us that radical leftist agendas – no matter how sensible they are in the face of inequality – don’t play well with voters. They are too easy for rivals to vilify. Economic insecurity, even in a recovering economy, makes people nervous about voting for bold change.

The second political point is specific to the US, and it is that the way of nominating presidential candidates, via its system of primaries, seems increasingly chaotic and likely to deliver highly partisan candidates, such as Trump.

Worldwide, the series of mini-revolts on streets from Iraq to Chile, and Hong Kong to Paris, underscores the fragility of traditional politics in the face of rising inequality.

These new political developments are not parties but movements. A movement is less coherent than a party. The bar to join a movement is lower, and the issues that trigger these mass protests appear innocuous, from an environmental petrol tax in France to a modest increase in metro fares in Chile.

Again, people’s sense of being left behind, and of not having a stake in their own country, is the economic background noise to these movements.

People’s sense that they don’t have a stake is a function of low growth worldwide. Recoveries from the 2008 financial crisis have been patchy at best, and this trend will continue in 2020. And because the rewards increasingly are going to those at the top, the link between higher economic growth and higher economic equality (an assumed underpinning of the political status quo since the second World War) has been broken. This makes government parties more fragile even in the face of decent aggregate economic performances.

Nowhere is this more evident than in Europe, where Germany will have to come to terms with a world without Angela Merkel. Spain’s constitutional crisis with Catalonia shows no sign of a truce, and Italy’s right-wing Lega looks set to continue to make gains whether in or out of government. In central Europe the politics of race and identity are the result of the perceived failure of liberal economies to drag enough of the population out of poverty. These trends will continue.

And as long as these trends continue, interest rates in Europe will remain lower for longer. This means rates here will not rise despite the fact that the economy is bursting at the seams.

Although Ireland’s general election will be fought on national issues, our economy is vulnerable to changes in the global environment – which looks challenging to say the least.