Germany under pressure to reinvent itself for a post-carbon world 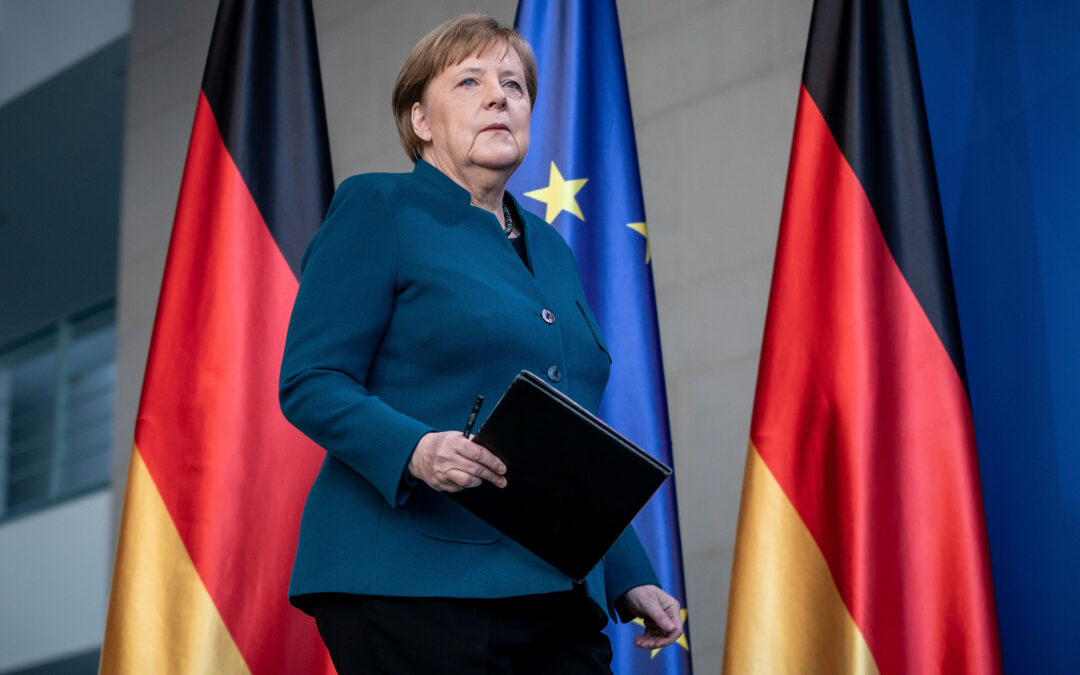 When it comes to foreign politics, we tend to get hot under the collar about events in the UK and the US. Yet in terms of the impact on Ireland and Irish policy, events in Germany are more material. We are on the path to closer EU integration, and Germany is the dominant country, so Germany counts now more than ever.

The Merkel era is over – a new Germany is recalibrating. What sort of Germany will we get?

The pandemic has proved a turning point in European monetary policy, as old dogmas have been abandoned and pragmatism has replaced rules and regulations. The ECB will not allow another bond crisis in Greece, Italy, Spain or Ireland that might undermine the euro. There will be no rerun of the epic mismanagement of the currency that was on display between 2011 and 2014.

In order to avoid any repetition of this silliness, the ECB and the leaders of France, Italy and Spain plus the leaders of the German Green Party (ahead in the polls now) will have to rein in the orthodox instincts of Merkel’s successor. The EU is on a collision course with the CDU, the party of Konrad Adenauer, Helmut Kohl and, of course, Angela Merkel that has governed Germany since 2005.

This week the CDU announced its manifesto ahead of critical federal election in September. It reads like a euro wrecking ball designed to precipitate a major Italian and Spanish debt crisis by reversing the ECB’s recent bond-buying programme, the only thing holding the euro together at the moment; it will split Europe down the middle.

Why would a pro-European party, the engine of European politics for seven decades, do something like this? Because the CDU is wedded to the carbon economy that has served Germany so well for the past 50 years. It created the carbon-burning miracle that is the German Wirtschaftswunder. Yet we are moving into a post-carbon world, where economies that are based on carbon must adjust or die.

Behind all the luxury brands and reliability of the hyper-successful Germany economy lies one fact: industrial Germany is a carbon addict marooned in a post-carbon world.

Since 1950 Germany has been burning fossil fuels and turning the result into cars, trains, heavy machinery, plastics, petrochemical products and food. It has exported most of this, resulting in the largest trade surplus per head in the world.

The carbon model was so successful for the Germans that all their institutions – political, financial and ideological – were constructed to maintain it. The Bundesbank kept inflation low to ensure that wages did not go out of control.

Those wages were negotiated collectively, taking their lead every year from the IG Metal trade union, which sets a floor and a ceiling on country-wide wages.
Industry, underpinned by low inflation and manageable wages, fed off the graduates of an education system, annually throwing off engineers, mechanics and designers to work in the fossil-fuel burning manufacturing sector. Government spending and debts were kept to a minimum so as not to clog up the engine with unnecessary financial shocks.

The export surplus ensured that billions of deutschemarks, and later euro, flowed back into Germany, dropping the cost of capital and providing lots of money for investment. Profits from these German companies were taxed reasonably stiffly and the money redistributed to other sectors of the economy.

Efficient German agriculture burned oil on a massive scale to produce food. Having starved between 1945 and 1948, Germany wasn’t about to go through that again.

The main political party, the CDU, was designed to prop up the interests of this amazingly successful industrial effort dependent on fossil fuel. Germany was run by a “carbon coalition”, which brought together industry, political institutions, political parties, the central bank and the technical education system, not to mention the national transport system of roads and railways and, of course, agriculture, all based on burning fossil fuels.

Germany perfected this model and did it better than everyone else. Now this paradigm is over. Germany must reinvent itself.

Reinvention means shifting to a post-carbon world and re-examining the entire edifice. An interesting aspect of this shift is that the German people are already there, leaving the establishment floundering. The Green Party is riding high in the polls and, whatever about governing, the Greens will be properly in the mix for the next coalition.

However, the post-carbon world means a European Green New Deal – the type the ECB is hinting it will finance by buying bonds issued to retrofit various economies. The post-carbon world means spending money, loosening the purse strings, driving on from the pandemic emergency measures to make money available to invest in green technology. Financially this means tearing up everything the carbon coalition held dear in terms of public investment and public debt.

For the CDU leadership, the implication is that world can’t go back to the old days. There’s no going back to normal because normal is how we got here.
Europe in the next 30 years will move towards a post-carbon society. The orthodoxy of the carbon coalition must be abandoned because it is incompatible with the Green agenda.

This is the real battle that is playing out in Germany. For domestic political reasons ahead of an election, the dying “carbon coalition” might try to reframe the policy options in terms of the parsimonious Germans holding the line against the profligate Italians and French. But that’s not what is going on at all.

The truth is that Germany, along with all heavy industrial powers, is experiencing a “once in two centuries” moment, where the carbon coalition has to lurch to a post-carbon world of wind, solar, wave and other renewable energy.

It is hard to power steel smelters or internal engines, oil extraction or refining with wind energy. The sun’s rays are amazing, but solar power is not a substitute for artificial fertilizer.

The more dependent you are on carbon, the harder the transition, and for Germany there’s no point blaming your European neighbours for the extent of this challenge. There are bigger things at stake, such as the Green New Deal.

Ultimately, the reason I believe that Europe will continue with its loose fiscal and monetary policy is that the world is depending on it.