The property market and its players have changed profoundly since 2008. We are now dealing with a different beast 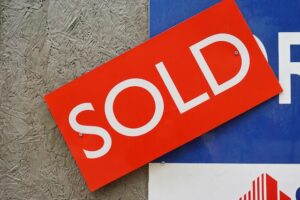 A couple of weeks ago, this column considered the frailty of China’s property market, and whether a crash in China could undermine Ireland’s dysfunctional property market. Many argue that Irish property will not wobble due to the fundamentals, characterised by demand, a rising working population and a dearth of property. However, as evidenced by the huge number of international property funds active here, property is a global asset class and global events can have an outsized impact on the local.

Compared to 2008, Ireland is more plugged into the global property market because global capital is here. The property market and its players have changed profoundly since 2008. In many ways, it is unrecognisable from the Galway Tent and Ghost Estate fiasco. Analysing today’s market in terms of the Celtic Tiger is akin to generals fighting the last war. We are dealing with a different beast. The transmission mechanism, the journey from problem to crisis, that would play out in the event of a global property shake-out will be completely different – not that same journey from domestic overheating to bust which we witnessed in 2008.

In the last bust, the retail banks ran out of money first, calling in private sector loans, causing the market to sell off, impacting on the real economy last. This time, the retail banks are not involved as much as private sector money. This is largely made up of leveraged funds that operate like bond market investors, borrowing at low interest rates from investment banks, wealthy private individuals, private equity and other investment funds to buy blocks of flats. The past decade of almost zero interest rates has facilitated this trade. The objective is playing the difference between the low rate of borrowing and the higher yield from rents. As long as property prices are rising, these funds can keep their investors sweet with capital gain.

In Ireland, 2021 saw more than €5 billion invested in Irish commercial real estate. Institutional landlords invested more than €1.7 billion in Ireland’s residential sector. Sherry FitzGerald estimates that funds have invested close to €7 billion in the residential Irish property market since 2011, and €3.7 billion of that was invested since 2018. All this money is playing the yield game. According to commercial real estate services and investment firm CBRE, yields in Ireland for various types of property in Q2 2022 are down. Based on rents, multifamily net residential yields are 3.6 per cent, prime office is 4 per cent, while prime purpose built student accommodation is 4.5 per cent and prime high street retail yields 4.5 per cent.

This time round, cracks will appear first in these private funds which, when squeezed by rising interest rates, will be forced by margin calls to come up with cash for their financial backers, forcing property to be sold to raise that cash, causing prices to fall. Interestingly, unlike 2008, because the average punter is not an owner this time but a renter, the resulting negative equity will not be as disastrous, but it will feel uncomfortable, almost recessionary. Longer term, anything that forces down property prices is a good thing for workers, not so good for the wealth of homeowners and, in particular, multiple property holders or pensions tethered to property.

So how does this play out? First, don’t examine the market through the lens of the last cycle. Second, it is all about interest rates, unlike last time when it was all about income.

This week, as the Kremlin woke up to the fact that it has a serious fight on its hands, one that it may lose, financial markets realised that the fight against inflation will be a long hard slog with severe implications for interest rates. During the week, many had “hoped” that US inflation would show signs that it was falling, meaning interest rates wouldn’t have to go up too much.

Although leading indicators for inflation are going the right way – oil and food prices are falling back while some of the global supply chain problems are being ironed out – US core inflation is stuck above 6 per cent. The Federal Reserve is now expected to raise rates by another 1 per cent in the weeks ahead bringing them to 3 per cent. US interest rates are now rising at their fastest pace in 40 years. Imagine what would happen if the Fed decided to raise rates above the rate of inflation to truly throttle inflation? US interest rates of 5 per cent would be curtains for the private equity business. It may not rise that high, and no one can be sure how things will play out. What we do know is there is a massive debt pile, people cannot pay higher rents and the global property market is intertwined in a complex way.

According to finance company MSCI, the size of the professionally managed real estate market globally stood at $11.4 trillion in 2021, up from $10.5 trillion in 2022. The market is estimated to be split along the following geographic lines, with the Americas accounting for some $4.6 trillion (40 per cent); Europe, the Middle East and Africa (EMEA) for $3.8 trillion (34 per cent); and the Asia-Pacific (APAC) region making up the remaining $3 trillion (26 per cent). The possibility of contagion is obvious.

Today, the yield on prime office space in Dublin (4 per cent) is still trading at a premium to other European hubs like Munich (2.65 per cent), Paris (2.85 per cent), Amsterdam (3.10 per cent) and Madrid (3.25 per cent). As debt costs begin to rise with central banks across the world raising interest rates, each market drags the other one down like men tied to a rope falling over the cliff.

Once the move upward in interest rates sinks in, cash will become king. Debt will be a death wish. Those with leverage will go bust because they will be compelled to come up with cash to cover the margin calls of their investors. Initially, they will try to sell the low yield stuff, like their German portfolio. But who will want it? Ultimately, these funds will have to sell their “good” assets to raise money to cover losses on “bad” assets. In such a way, the good becomes bad in a credit crunch. The global property game goes from return on the investment to the return of the investment. Property assets are sold, prices fall dramatically, funds go bust, former captains of the universe fall back to earth, and we start again.

It’s only the credit cycle, as predictable as the weather. You don’t have to precisely pinpoint the day the temperature drops to know winter is coming. Time to wrap up.

Ireland is one of the few countries in the world that runs a trade surplus with China. In 2021, total exports to China stood at €11.89 billion, a nearly 8 per cent increase from 2020. Total imports from China in 2021: €8.4 billion. Exports from Ireland to China over...

END_OF_DOCUMENT_TOKEN_TO_BE_REPLACED

Ireland — a country that only 40 years ago had almost no manufacturing sector — is a manufacturing powerhouse. We have transformed our industrial base from what was a “beer and biscuits” economy, exporting derivatives of basic agriculture, into a highly efficient...

END_OF_DOCUMENT_TOKEN_TO_BE_REPLACED

A chance conversation this week with a builder friend, who specialises in high-end home renovations, got me thinking of the months ahead. He told me that many construction jobs in his area are being cancelled. As the price of labour and materials soar, only those who...

END_OF_DOCUMENT_TOKEN_TO_BE_REPLACED

The village bureau de change is protected from the scorching sun by a large cedar tree. We are in Mount Lebanon, a region split between Maronite Christians and Druze. This village is Maronite, and the local people default to French when speaking to foreigners, while...

END_OF_DOCUMENT_TOKEN_TO_BE_REPLACED

The day after September 11th, 2001, I conducted a public interview with Jack Welch, CEO of General Electric, a classic Bostonian Irish-American, who had just published his autobiography. The great and the good of Irish business turned up at the Irish Management...

END_OF_DOCUMENT_TOKEN_TO_BE_REPLACED

Sitting in the shade outside the Footnote cafe in Hackney, listening to the chatter of three tables of young Irish emigrants, I’m reminded of how London has been a magnet for centuries. The size, opportunity and buzz of this cosmopolitan megalopolis remain...

END_OF_DOCUMENT_TOKEN_TO_BE_REPLACED

Northern Ireland is the only part of the UK economy, apart from London, to have a higher level of income today than before the pandemic. Interestingly, the two parts of the UK that voted decisively against Brexit are doing well in the first two years of that project’s...

END_OF_DOCUMENT_TOKEN_TO_BE_REPLACED

In Ulysses, James Joyce highlights the vibrancy of Dublin’s street life. From first thing in the morning when at 8am on June 16th, 1904, Leopold Bloom leaves his house in Eccles Street — chatting briefly to the public Larry O’Rourke on Dorset Street — Joyce draws a...