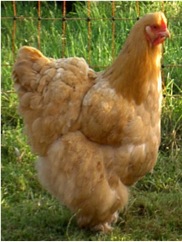 The world is a strange place. The Eurozone is about to embark on QE (which is borrowing more for less) in order to prevent the peripheral countries from defaulting, yet Greece, the country that orchestrated the largest sovereign default in history, will this morning be upgraded by the rating agencies!

This event proves the basic notion that the way to fix a country’s balance sheet that has too much debt is with less debt not more debt. If you get to less debt by defaulting, the markets will eventually forgive you and come back and buy your outstanding IOUs.

And speaking of buying IOUs, we see that the market thinks Spanish IOUs are a better bet than American IOUs. For the first time in years, Spanish 5 year notes are trading below American.  For the trader, this is inconceivable. However this is where the trader/strategist and the economist part company and all macro investing is in some way a battle between the trader and the economist as to how best to read the macro environment. For the trader, the idea that the Spanish government is a better bet than the American government makes no sense.

This morning, with the ECB committed to buying dodgy assets issued by the periphery, the risk premium on these assets falls because we have a buyer of last resort in the guise of the ECB. Therefore, the only factor driving the rate of interest in Spain is the demand for funds, which has collapsed in the private sector. In addition, with the State committed to some sort of austerity, the government won’t be big borrowers in the years to come, so rates are zero bound in the periphery.

One added implication of this fall in European yields is that the Euro will have to rise to make Spanish assets attractive relative to American assets, but this won’t happen, so the ECB’s QE move has to be positive for the dollar too.

Let’s have a look at what the ECB said yesterday and what does it mean for you.