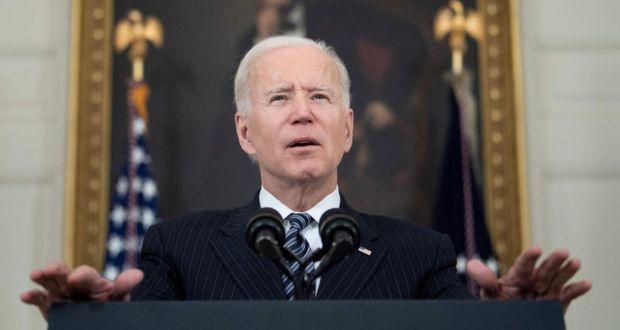 Imagine the messages in the self-congratulatory, encrypted WhatsApp group of the bankers, football club owners, lawyers and their key management on Sunday night as they announced their intention to stitch up football for unfeasible personal gain.

By Tuesday the WhatsApp group was still giddy.

Chelsea is typing …
Yeah, been here before. The little people are revolting :-)

Spurs is typing …
Gary Neville is a twat. Hold your nerve!

By Wednesday the mood has changed.

The sans-culottes revolution against the footballing aristocracy was over in a couple of days. All that was left to do was employ the unctuous PR scribes to peddle guff about how the plutocrats had suddenly recovered the power of listening. Perhaps their ears being stuffed with money had rendered them tone-deaf?

The moment when those in power push it that bit too far, not realising the world is changing, could be called a “Ceausescu moment”.

When Nicolae Ceausescu came out to address the mass rally of adoring faithful on December 22nd, 1989, flanked by his wife Elana, the self-titled “Genius of the Carpathians” had no idea that the afternoon in his oppressive capital might not be business as usual. Revolution Square, Bucharest, was his citadel. It was the public space where his Securitate henchmen swaggered, intimated and terrified.

Yet that day, the crowd turned. While not quite beseeching them to eat cake, his face became increasingly ashen as it dawned on him that fear wasn’t enough.

Was the European Super League fiasco the Ceausescu moment for neoliberalism?

Every change has its moment, that one event where people look back and recognise it. The European Super League mess could be the moment when the irresistible force of a once all-conquering ideology came crashing into the immovable object of a new reality, with devastating consequences.

Locked in their secret bubble with the Wall Street private equity sharks, the clubs – owners of assets that are dependent on the goodwill of millions – didn’t realise that outside, the world was changing.

The idea of peak neoliberalism playing out on Sky Sports is poetic, don’t you think? A bit like communism’s end being covered by Pravda – which it was.

The clubs’ plan is straight out of the neoliberal handbook: a heavily leveraged heist, financed at zero interest rates by a global investment bank, covered by a permanent stream of income from gullible fans and TV rights, without any concern for the welfare of lower-profile teams, their leagues or supporters.

The plan was to sweat the assets, enrich the few, protect the deal with stringent covenants and, ultimately, use low global interest rates to send valuations sky-high, trouser the dividend, and funnel the profits into tax-efficient legal entities to make immensely wealthy men even wealthier. Described as progress, in reality it was an attempted shakedown.

But they got their timing wrong. As was the case with Ceausescu, power rarely falls away out of the blue but tends to be part of a greater overall picture.

Anyone who became a young adult in the late 1980s or early 1990s straddled two systems and will remember those formative years. Yet as the memory of the late 1980s receded and those images blurred, it became difficult to ascertain precisely what had happened, who had orchestrated the events and how we hurtled from one status quo to another.

The neoliberal supercycle of the past 30 years has been defined by cuts to the size of government in the economy, and by the primacy of central banks using interest rates to manage the rate of inflation as opposed to using taxation.

The economic ideology was/is monetarism as championed by Milton Friedman. It has been a period of deregulation and austerity, where the gains of the economy have gone to the owners of capital and assets rather than to workers and wages. In many western economies, most notably the US, income and wealth inequalities have risen profoundly.

It has also been a 30-year era of countless mini boom-and-bust cycles. Central banks, obsessed with inflation and little else, took their eye off the credit cycle. Such peaks and troughs had an increasingly dislocating effect on the body politic, culminating in nativist movements such as Trump and Brexit.

It wasn’t all bad news: billions of people worldwide have seized the opportunity the market has afforded then, particularly in China and India. Intent on catching up, small countries (such as Ireland, Israel, Malaysia, Korea, Singapore and Hong Kong) have made huge strides in the past few decades. The older, formerly wealthy countries in Europe have flatlined, while those in Latin America have suffered. The global balance sheet is mixed.

The economics business, more a theology than a science, led the neoliberal thrust, suffocating inflation by tightening money supply. It did such a thorough job that interest rates are now zero (which, by the way, is a sign of failure, not success), allowing the already wealthy to leverage yet more wealth. The leveraging attempt of the European Super League is a prime example.

All ideologies contain the seeds of their own destruction: inequality ultimately did for neoliberalism in the West. We are on a new course.

Every revolution needs a new economic ideology, and “MMT” – modern monetary theory, is it. MMT contends we have got macroeconomics back to front, asserting that rather than worrying about where we get the money, the central banks simply print it.

When people ask, “Where will we get the money to pay for X or Y?”, MMT responds that economics isn’t an Easter egg hunt, where a country’s money is hidden somewhere, needing to be unearthed before it can be spent. Rather, MMT argues that we simply print it. Spend first and tax later, as opposed to taxing first and spending later. The only target we have to worry about is inflation.

Joe Biden – the world’s most unlikely radical – is a convert to MMT. He is to MMT what Ronald Reagan was to monetarism. Biden’s agenda is to compress inequalities, rip the economy away from Wall Street and give it back to the man on the street by using government spending as an arm not just of economics but democracy underpinned by fairness. Biden wants to reverse the past 30 years and lead us into a new macroeconomic supercycle, which might also last decades.

Thirty-year supercycles sound like a long time, but for those of us who came of age in the tumultuous end-of-communism years, it sometimes feels like only yesterday.

For a fascinating insight into these new ideas read this TS Lombard blog post by Dario Perkins, or the MMT bible The Deficit Myth by Stephanie Kelton