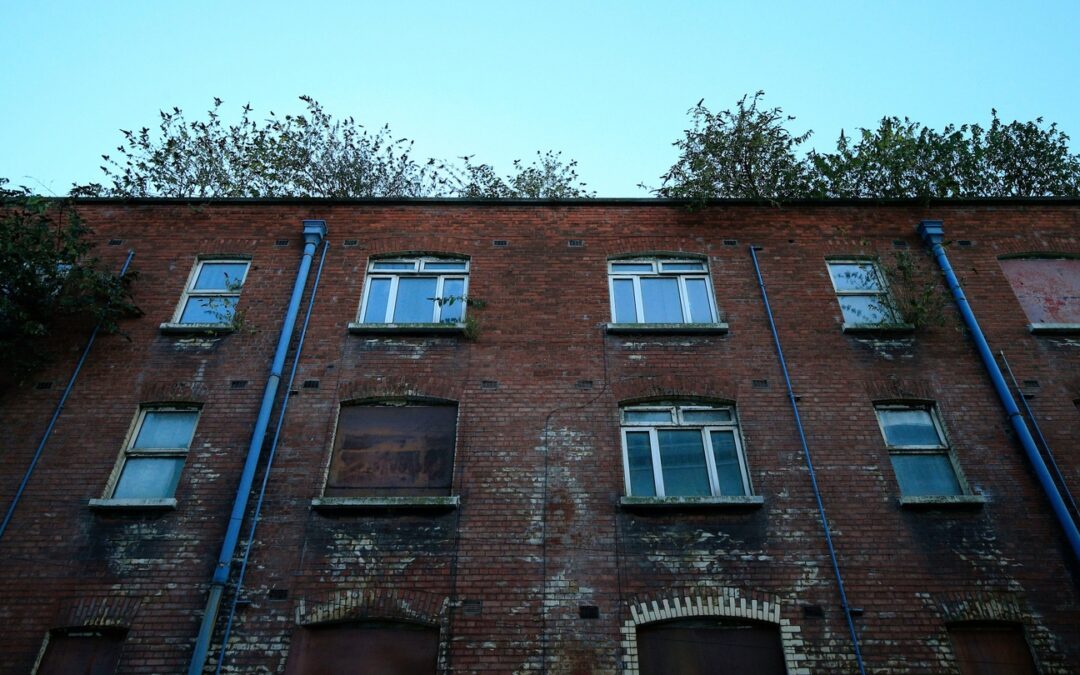 If the property is part of our urban heritage, that encouragement should also be accompanied by an equally firm penalty for dereliction to punish the inappropriate owner. The owner of an historic property is a custodian.

The column is returning to dereliction, not least because our cities are literally falling down due to neglect, vacancy and dilapidation. Latest figures show that during the most acute housing and accommodation crisis the State has ever faced, there are 199,740 buildings vacant in this country. This is close to 15 per cent of the total stock.

Property is so valuable and expensive, so why is so much unused? And what are we going to do about it? The solution lies in identifying appropriate owners and isolating rogue owners, rewarding one group and penalising the other.

Let’s look at Cork. A central street was closed in the city this week due to a falling derelict building. It is just the latest of several such cases: there have been 11 incidences of buildings collapsing in Cork city in the past 18 months, according to anois.org. The city is literally falling down when it should be built up.

Dereliction is part of a great picture of neglect. It is the outward manifestation of a vandalism that has been allowed thrive unchecked in our country. Vandalism is different from neglect, because vandalism is an active process. It is not the unforeseen consequence of dilapidation, it is the aim of property owners who want their abandoned properties to become derelict, because they are hoarding.

Tolerance of such antisocial behaviour stems from allowing the right of property owners to dominate the public good. When a gang of teenagers are drinking and annoying residents, the gardaí move them on, because their behaviour is antisocial, it is affecting the ambience of the neighbourhood and is dissuaded.

Similarly, dereliction is antisocial. Abandoned buildings generate a feeling of desertion and disregard, giving the permission for yet more dereliction.

At every juncture, the divine right of the land owner, rather than the interests of the community, is afforded primacy. The cost is born by society in higher rents, prices and unsightly dereliction.

The reason prices don’t fall in the face of dilapidation is that property can be hoarded in Ireland without a penalty. The aim here is to watch the site value go up as land prices go up in general. Hoarded wealth can be made liquid in Ireland, because banks lend against property. So the inappropriate owner has both permanent wealth and ample cash. At low interest rates, he is “quids in” on both counts.

Unless we stop this, our cities will crumble. Covid-19 is already changing the future of the city as we abandon the office, but unless we stop dereliction and foster repopulations, the cities will be abandoned completely.

To stamp out dereliction, a “use it or lose it” law needs to be introduced, where a property that is being actively used, preferably for residential purposes, is rewarded with preferential treatment, but one that is vacant is taxed. If the owner can’t pay that tax, the property faces a compulsory purchase order by the State, which then puts it on the market.

The tax is paid from this sale, and what’s left after the tax goes to the original inappropriate owner. Such a move would reverse hoarding.

In a more general sense, in the market for accommodation, high rents and high property prices are a cost to the economy and a burden on the productivity of the economy. Any country that sides with the interests of land owners is putting a massive, unnecessary, strain on the competitiveness of the country.

Why do you think the Germans have low property prices and rents? It is to give their industry a competitive cost advantage. Our dysfunctional property market is also facilitating a huge transfer of money from young employees and entrepreneurs to the land-owning class that needs to do nothing but provide low- grade housing and watch the money flow in.

Owners everywhere therefore have an incentive to hoard, driving up prices and down available supply.

The scale of our housing challenge demands urgent change.

Estimates from the Central Bank of Ireland suggest we are miles behind in trying to fix the housing crisis. An average of 27,000 dwellings per annum would have needed to have been constructed from 2011-2019 to keep pace with demographic change.

Yet housing completions over the past decade averaged only about 10,500 per year. This is not even 40 per cent of what is needed. Projected migration patterns and the fact that we need smaller units to deal with smaller families and more units to accommodate more single people than before, means we need more units.

According to the Central Bank we need to build about 34,000 new dwellings every year for the next decade. This may well be an understatement. Just 21,000 homes are expected to be built this year. So, we are falling backwards every year.

But it is worth pointing out that in the years of “ghost estates” an average of 60,200 homes were built per annum (from 1998-2008). Obviously, these were built in the wrong places, at the wrong price with the wrong materials, but it shows you what the construction industry can produce when it’s at full tilt.

So, it can be done with the right structures, management and direction. Critical to the future of housing in Ireland is proper urban planning, where vacant and derelict sites all around our towns and cities are part of the solution. A country with well over €100 billion siting on deposit has no financial constraints.

There is the money here to ramp up the construction industry. With unemployment over 15 per cent, there is huge idle capacity and with a housing crisis there is the absolute necessity.