Are Ireland’s relatively low Covid deaths due to emigration? 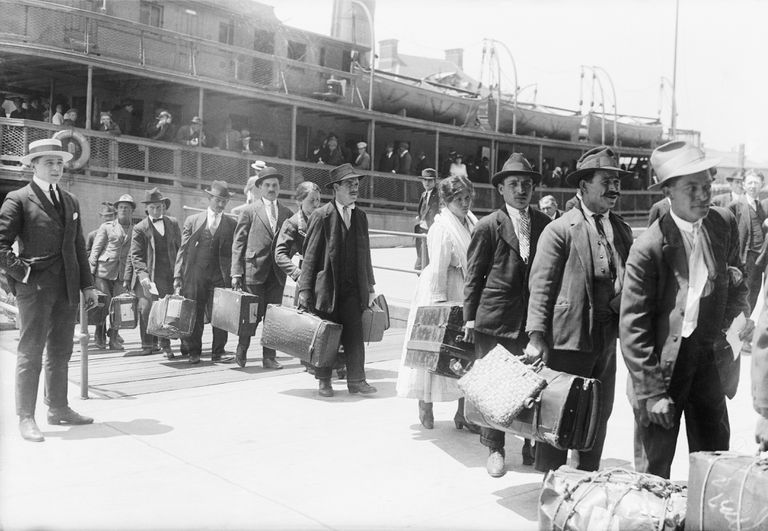 The majority of older Irish people who died of Covid-19 probably died in England. When it comes to fewer deaths from Covid-19, our reasonably good outcomes may have less to do with lockdown and more to do with the echo of emigration.

The huge proportion of older Irish people living in England is a function of the massive emigration to England in the 1950s and 1960s. In the 1950s, half a million people left for England and in the 1960s another 300,000 followed them. There is scarcely a family in Ireland without an old uncle or aunt in Coventry, Manchester or London.

Ireland has by far the lowest proportion of its population over 65 in the EU. The figure becomes smaller when you go up to late 70s and over. Had they not emigrated to England, many of these older people would have been in hospital here. In a way, our ICUs were saved by the NHS, not Nphet.

Every study on the impact of Covid concludes that age is the single biggest risk factor for the population in general. Many argued early on that Italy’s traumatic experience was the result of: (a) being the first European country to experience the virus, so they were caught completely unawares, due to the Italian clothing industry’s close ties with China; and (b) the older Italian population, particularly in the north.

Here again migration is a crucial factor. In the 1950s and 1960s poor southern Italians migrated in huge numbers to the rich, industrial north. These migrant workers are now retired in the cities of Lombardy and Piedmont, giving northern Italy a higher elderly population than the south. When Covid arrived, the north of Italy suffered terribly, the south not so much. The most likely culprit? Population dynamics.

Similarly, the underlying population structure could explain the difference between Irish and English death rates. The mail boat rather than the face mask explains it. If this is the case (and it’s difficult to pinpoint any other reason) people are entitled to ask whether there is a “lockdown dividend”.

The “lockdown dividend” refers to the benefit Ireland received from having the most days of forced lockdown in Europe. Ireland has forced non-essential businesses to close for a crippling 231 days. The next most severe lockdown is the UK at 173 days. In contrast, Denmark closed for 47 days. Ireland is a massive outlier; what did we get in return for this sacrifice? Our death rates are similar to those of Denmark, yet we closed down for five times longer. My sense is that our death rates are much less to do with strict lockdowns than the fact that we have a younger population.

Many have argued that the lockdown is so severe because we need to protect our fragile health service. We can go with that. However, it begs the question: why is our health service so fragile if we have so few older people relative to everywhere else? Could it be that Ireland spends less on health than most countries and therefore we need to protect this cash-strapped sector? In fact, Ireland spends €4,613 per person per year on its health service. This is the third highest health spending in the EU after Sweden and Germany, and is four times more than Greece and five times more than Poland.

Taken together, we see that Ireland has far fewer older people than anywhere else in Europe and we spend more on the health service than almost any other country. Despite this spending and our much smaller high-risk population, we have had the longest, most debilitating lockdown in Europe and still manage to have death rates higher than Denmark. Questions need to be asked. Where is all the money going? People are entitled to ask how Germany has 35 ICU beds per 100,000 people, Austria has 28, yet Ireland has only 5 per 100,000? Taxpayers have a right to know what’s going on within the system.

The cost of lockdown is mostly borne by the self-employed, freelancers, bar, restaurant and cafe owners, hoteliers and hospitality workers, musicians, artists and performers and these people need to know who makes the decisions to lockdown. Do the people who make these decisions suffer any hardship? Is there any jeopardy introduced in their lives as a result of their decisions? Do they lose their jobs, their businesses, their networks, their creativity and, at the margin, their homes put up as collateral for loans? Do they experience any financial hardship associated with their willingness to shut down other people’s lives?

Skin in the game is a concept we can all understand. When you have skin in the game, your decisions have a material, quantifiable impact on your own circumstances, allowing you to empathise. An understanding of the consequences of your actions will tend to moderate decision making. If you have no skin in the game, you suffer no consequences. Skin in the game is not an ideological concept, but a socially responsible one. For example, why did Denmark – a classic social democracy – experience a lockdown five times less harsh than Ireland and yet suffer fewer deaths? Who was making those decisions in Denmark? Who did they talk to and how much did they listen to small businesses, the hospitality industry or mental health experts?

As we face into more months of lockdown, and fall behind on the vaccine rollout, expect the post-Covid national assessment to throw up all sorts of interesting questions. It’s highly unlikely that emigration in the 1950s and 1960s will be mentioned. That would be too embarrassing.