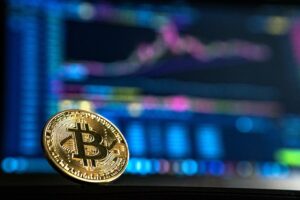 Sitting in the shade outside the Footnote cafe in Hackney, listening to the chatter of three tables of young Irish emigrants, I’m reminded of how London has been a magnet for centuries. The size, opportunity and buzz of this cosmopolitan megalopolis remain irresistible, not to mention the weather, where summer is T-shirt hot. Careers apart, each Irish generation comes for its own reason; mine was to get away from the deadening official intolerance, whereas these youngsters seem to be escaping the rent and housing shambles.

Despite Ireland being at full employment, staying home is not worth it for many tens of thousands of educated Irish people. The cost to society of emigration is enormous. In high-wage, high-cost economies such as Ireland, it costs about €1 million in collective educational salaries, rents, electricity, books, buildings and general Department of Education expenditures to educate one person from primary school to the end of third level. When these citizens leave, Ireland shoulders the cost, and the country that receives these emigrants garners the rewards.

Migration is a two-way street and, as the most recent population figures show, our population, in the Republic, is now above five million for the first time since 1852. Obviously, plenty of people are coming here, replacing those who leave. But as the young emigrants in Hackney gossiped away, cracking jokes and scrolling on their phones, the waste of Irish talent to Ireland and the gain to London was palpable – at least to this nosey economist.

The conversation ebbed and flowed, more rapid-fire than laconic, becoming heated on the issue of crypto. As if paying high rents was not enough, the recent collapse of crypto, particularly bitcoin, has hit Ireland’s millennials and Gen Z’ers hard. Crypto is a generational issue. For those under 35 it was the asset of choice, a way of accumulating wealth for a generation locked out of the housing market. For Generation X (my crowd) and boomers, crypto was largely seen as an end-of-cycle scam, the ultimate pyramid scheme. As bitcoin has fallen from a high of €58,000 before Christmas to about €19,000, some younger people have suffered a huge fall in their ‘paper’ wealth.

Coming on top of house price and rent rises, this loss will be particularly difficult, not least because buying bitcoin was seen as an “alternative” to buying a house. Regular readers of this column will know that I’ve been a bitcoin sceptic for a long time, mainly due to my professional training as a monetary economist – but it hardly matters: globally, two trillion dollars of paper wealth has been wiped off the crypto markets, the biggest of these being bitcoin. For young Irish holders of crypto, the slump in prices has been a double negative whammy because bitcoin has been falling while houses prices have been rising, making them much poorer on a ‘relative’ wealth basis. We are talking about a lot of people.

In Ireland a report published in April by the cryptocurrency research and exchange firm Gemini called 2022 Global State of Crypto found that 18 per cent of Irish respondents currently own or have previously owned cryptocurrency. Most suggested they were holding their cryptocurrency for long-term gains, while 40 per cent were actively trading their crypto. More than a third of owners are aged between 25 and 34 years old, skewing towards young men.

Anecdotal evidence bears these figures out. For example, we had a couple of young builders doing a job in the house earlier in the year and all they wanted to chat about was bitcoin. They and their mates had put a few grand into the cryptocurrency and were hoping to make easy gains without really giving much thought to the assertion that bitcoin was money. A cursory glance at such an assertion would scream caution to the uninitiated. Money is many things; bitcoin is not one of them.

As more people became seduced by stories of easy gains, when prices of bitcoin and the various other crypto ‘coins’ soared last year, the crypto market began to display the normal characteristics of herd behaviour. At these times emotions replace rationality as the investing herd veers from optimism to enthusiasm, exhilaration to euphoria and then unease, denial, pessimism, capitulation and despair as prices fall.

Unfortunately, these stages in the emotional roller-coaster of prices are often accompanied by leverage. A recent FT report highlights the fact than many new investors bought crypto on margin, taking out loans, or even on their credit cards. Now that rates are rising, not only have their assets fallen in value but on their individual balance sheets their liabilities are rising. According to the report, 45 per cent of adults aged between 18 and 29 invested in crypto for their first investment, 20 per cent of these investments were bitcoin and half of these people financed their investment through debt. It is likely that these global figures were mirrored in Ireland, meaning that younger first-time investors will experience a double whammy of the destruction of their wealth and an increase in indebtedness.

There is a chance that some of the promises of bitcoin in particular and crypto in general might come to pass, but right now it all looks like an old-fashioned boom-bust cycle, which may have more downside to go before prices gets so low that it will be worth a wager again. And that is the point: bitcoin is a gamble and the dynamic of such markets is that for every maven that got in at the start bragging about supernormal gains, there are multiples of latecomers nursing significant losses.

Demographically, the losers are hugely concentrated among the young. This is a generation harassed by precarious work conditions, finding it difficult to launch their careers in their 20s. They are priced out of the soaring rental market and locked out of the housing conveyor belt of gradual wealth accumulation that was available to their parents. Now they’ve been betrayed by bitcoin’s late 2021 promise of easy financial gains, which was dressed up by various hucksters with some sort of faux-revolutionary, anti-establishment gibberish. The reality is another financial knock-down.

How much more can this generation take?