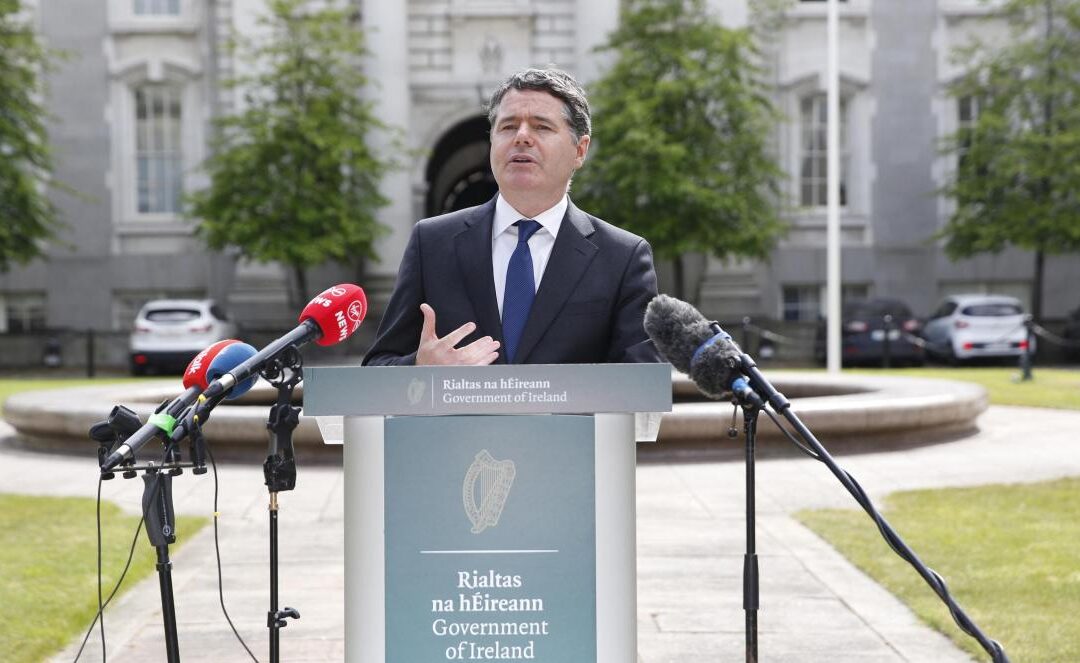 This is not the time for conventional thinking. We are in a pandession. As I wrote recently, a pandession is neither a recession, nor a depression – which are both consequences of economic exuberance. Traditional economic downturns are the wages of inflation.

In all cases, inflationary times are followed by contractions. This may take time, but it happens. As the American economist Herbert Stein put it succinctly in Stein’s Law: “If something cannot go on forever, it will stop.”

The pandession is different from a recession or depression. It is caused by a pandemic, which the Greens might contend (if they weren’t too busy in-fighting) is Mother Earth’s invoice for hyper-globalisation. In practical terms, it has nothing to do with national economic policy. However, and such is the innate unfairness, it is national economic policy that must protect us from the fallout.

This fallout is the destructive economic radiation of bankruptcy, which seeps into every balance sheet, every contract and every dream of the small business person who has embraced the great venture of the commercial life.

The great Canadian economist JK Galbraith put it beautifully: “When faced with the prospect of changing his mind or finding the proof not to do so, the conventional man always gets busy looking for the proof.”

When faced with a sudden slump in the economy, the State needs to cushion the blow. On the fiscal side, this means borrowing at the zero rates of interest facilitated by the ECB and on the monetary side, it means repricing the entire loan book of the economy, using the same zero interest rates.

The aim is to save the economy today, so that we will have something to go back to tomorrow. If we don’t, the defaults will overwhelm the banking system as a consequence of the slump. Banks can deal with downturns in income; they can’t deal with mounting bad debts which need to be written down and capital borrowed to cover the shortfall.

To appreciate what is going on, it’s important to see the economy as a living, breathing, interconnected organism. The various aspects of the economy are related, interdependent and constantly evolving. In truth, its characteristics are more akin to the human immune system than a mechanical machine.

By way of example, consider a well-run, successful restaurant that up to March 15th was trading well, employing 20 people with a decent turnover of €2 million a year. Out of this, it paid wages, suppliers, rents, VAT, and rates.

Its customers were loyal and optimistic about the future. Why wouldn’t they be? Everything was interrelated and inter-dependent, wages, taxes, loan payments. The landlord was happy, the VAT was getting paid on time, tables were busy. The farmer was getting paid for his produce, as too were the electrician, plumber and cleaner, who were all in turn spending somewhere else.

In 2018, after trading through the recession, the restaurant owners decided to expand and build an extension with 40 extra tables, to be ready for the tourist season of summer 2020.

It is now closed. There is no income. Bills can’t be paid because of this temporary shutdown. Social distancing (at least) halves potential income for the next year. And customers might not venture out for some time. If the bank forces interest rate payments, the business goes to the wall. Similarly with VAT or rates.

There’s no way out of this. This is our new reality. Wages may come back if the restaurant re-opens, and these wages will generate taxes. If the restaurant closes, those waiters who were adding to the State coffers by paying tax, will now be sapping State revenue via their dole cheques. The bank will not get paid and will have to deal with the bad loans.

An iron rule of economics is that good businesses that close down don’t re-open in better times. The Austrian economist Schumpeter, who championed the relentless churn in business, referred to the “gales of creative destruction” , but he never factored into his thinking the sudden stop brought about by a pandession.

When a good business goes, it’s gone. That unique social organism dies. The people involved may reinvent themselves, but the original business is gone.

So we need to help such restaurants with a VAT postponement, while their interest bills need to be reduced by the repricing of their loans, which now that the ECB has made zero rates available to every Irish bank, is entirely feasible.

Insolvency laws should also be changed immediately so these business owners, all of whom are now technically bankrupt and therefore now trading recklessly, are not haunted by lawyers.

All this means a much higher government deficit. This is John Maynard Keynes time: we borrow when in a slump to pay back when we recover. It’s basic countercyclical economics.

To do this we need to avail of the space given to us by the ECB and the zero interest rates on offer, by borrowing, and to use the State-owned bank, AIB, to give out loans at zero rate.

Where AIB goes, the others will follow. Depositors, who have lent their money to the banks, will have to tolerate no return on their deposits for the near future. This is what zero rates in a monetary union means.

This week, the Minister of Finance tried to frame the borrowing debate in terms of fiscal responsibility, stating that the money will have to be paid back at maybe much higher rates. The implication here is that interest rates can go up on their own. This displays a profound misunderstanding of how interest rates work and is Department of Finance-speak for conventional thinking.

Interest rates don’t move on their own. The fact that our rates are set in low-growth Europe, while we have proven ourselves since 1990 to be a high-growth economy, reinforces the opportunity.

Higher interest rates are the consequence of either inflation, very strong growth or elevated risk due to imminent bankruptcy.

If interest rates in the future rise because of inflation, then the debts will be inflated away anyway, as happened in the 1970s. Just ask anyone who bought houses in the early 1970s. If rates rise due to strong growth, then the strong growth will generate the revenue to pay the debts, which is why the debt-to-income ratio fell so markedly in Ireland from 2014 to 2020.

If rates rise due to a threat of bankruptcy and collapsing future growth, this will be precisely because we allowed the economy, that complex social organism, to die in 2020.

We need to save the economy today, to grow tomorrow. This means deploying fiscal and monetary policy – and ferociously – right now.

Far from being irresponsible, assertive macro-economic policy in 2020 is the most responsible thing we can do. Future debt repayment should be regarded as the cost of saving the economy, not as some sort of quasi-reparations associated with domestic financial malfeasance. This is a pandession. It is nobody’s fault.

Culpability, if there is any, will be reserved for those who in a crisis hide behind shibboleths rather than meet the crisis head-on with hard thinking.