Brexit is an opportunity. Let’s use it 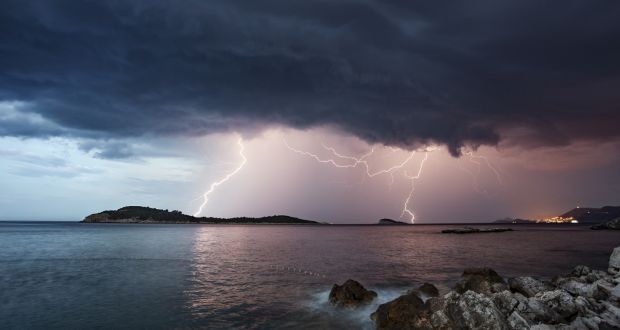 There is something deeply elemental about being woken up by streaks of forked lightning illuminating the darkness in electric blue followed almost immediately by booming claps of thunder as a violent Adriatic storm passes just over the roof.

The Romans understood the power of the elements and observed that, in mid-August, the searing heat and soaring temperatures of the previous weeks tended to clash with colder weather coming in from the north or west, leading to dramatic electric storms. They took this to be a sign from the gods that one season was over and another starting.

Emperor Augustus named the 15th of August Feriae Augusti or the festival of Augustus, falling in the middle of the most significant month in the year, which naturally took the Emperor’s name. Today all Italia still closes on August 15th or Ferragosto, the modern Italian version of the Latin name.

So began the Roman holidays of late August, where the Emperors lavished parties and feasts on citizens and farmers in recognition of their summer toils and the coming of the harvest. The Emperors never missed an opportunity to reinforce their munificence, and if the weather obliged, well, all the better.

Part of the psychology of the festival was to blow off steam after hard toil but also to prepare the masses for the huge task of the harvest which lay ahead. The partying sweetened the prospect of prospective hard labour. The Catholic Church learned from the Romans when it took the existing pagan holiday of Augustus and turned it into the Catholic holiday of the Assumption of Mary into Heaven, on August 15th.

In politics, using reasonably regular events to bolster your own power or indeed using cyclical events as cover to implement something else is an age-old trick of those in control. And if there is a once-off, particularly violent storm, what better cover than to interpret this as a sign from God or the gods?

Now consider how modern-day politicians might use the economic cycle or one-off economic events as opportunities to implement policies that are necessary but difficult to achieve.

Right now the global economic cycle is turning downwards, not blatantly but gradually. There’s lots of political risk about, from Hong Kong to Argentina to the Gulf.

A global cyclical slowdown after 10 years of growth would take a bit of steam out of the present breakneck speed of Irish growth. Blowing froth off the top of a mini-boom should be welcomed. In addition, Brexit will be a shock which I happen to believe will be a constructive one for the Irish economy medium-term, but could deliver an opportunity to address the single most important issue in Ireland: housing.

The Government could use Brexit as an opportunity to fix Ireland’s accommodation problem.

At its core, Ireland’s accommodation conundrum is a land-use one. Land is a resource that can be used or hoarded. If we were to reward the using of land more intensively and efficiently, and penalise the hoarding of land, then we’d begin to fix the problem.

We should tax heavily land banking and dereliction and put a “use it or lose it” timeframe of rezoning land. There would be enormous public support for this.

In addition, we need to build much more intensively in our urban centres. According to research carried out by the Dublin Chamber, one extra storey on a one-hectare site would provide around 20 additional residential units. What about 10 extra storeys, then?

In terms of population density, Dublin holds around 4,588 people per square kilometre. Contrast this with Paris with 20,000 or Barcelona with 16,000.

Anyone arguing that increased density will destroy Dublin and its streetscapes has clearly not taken a stroll through Paris, Barcelona, Copenhagen or Lyon. It is a bogus argument that only enriches existing landowners and punishes potential residents.

Urbanisation is the future in terms of public services, transport and lifestyle. Therefore, we have to completely rethink what Ireland might look like and how we live in the future.

Urban transport and cheaper accommodation are key; this means digging down and building up. The landscape will be dictated by the following three factors.

2 Net migration
Net migration to Ireland has been positive since around 2016, with migrant households typically smaller and more likely to live in cities than their Irish peers.

3 Changing household size
Ireland has the largest average household size in western Europe (2.7 people per household), but this has been falling steadily over the past five decades. As both average Irish household sizes and urbanisation rates converge towards those of our continental peers, there will be more demand for smaller houses and for apartments – a considerable amount of downsizing from the existing stock of housing in the country.

The number of Irish households rose by roughly 50 per cent from 1.1 million in 1996 to 1.7 million in 2016. Two-thirds of this growth over the past 20 years has been in one- to two-person households, which now occupy the majority.

Brexit is a great opportunity for Ireland, as this column has argued consistently. Capital and talent will flow in here, as the UK loses its lustre for investors.

But we have to use this opportunity to change the country to make it a better place to live and work. That starts and finishes with intensive urban land use and proper public transport, under the ground and over.

Cars are the past. The majority of our children might never buy a car.

Let’s take a leaf out of the Emperor Augustus’s book and use the natural rhythm of the economic cycle and the one-off event of Brexit to signal a change in the way we work and orientate ourselves.

Brexit hands us the cover to deal with the land issue in the Republic once and for all, before the really elemental challenge of Northern Ireland comes into direct focus.

Brexit is an opportunity, let’s use it.