Britain, the former workshop of the world, is now a beggar. It is tragic how far it has fallen 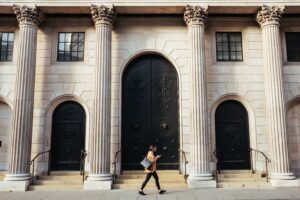 London’s Science Museum is a monument to British invention in genetics, chemistry and engineering, from the steam engine to space travel. British schoolchildren can have sleepovers in the museum surrounded by stories of some wonderful feats of human imagination and ingenuity. In this magnificent building innovators, those brilliant but sometimes difficult men and women, are celebrated and eulogised. The Science Museum is a tribute to creativity, and also to the remarkable ability of British innovators to commercialise their breakthroughs.

Innovation is the single most important factor propelling an economy forward. For many years Britain was pre-eminent in its ability to support and sustain creative scientific minds, via universities and public institutes, and this also included commercial support. The City of London took risks, betting on new companies and new household products, from vacuum cleaners to cars and washing machines, products that sometimes changed the world. The innovations may not have originated there but Britain produced industrial champions, it employed engineers, scientists and assorted tinkerers, the people who – through a process of trial and error – update, remodel and make the economy tick.

Britain dignified the efforts of entrepreneurs, as it did with great artists, musicians and writers. In return the canon of British art and literature is diverse and brilliant. In pop or contemporary music, this is possibly one of the most creative places on earth.

Walking through the main hall of the Science Museum earlier this week, against a background of economic and political chaos in Westminster, it struck me how far the UK has fallen. It is tragic, and it is difficult to see how Britain gets out of the mess that successive governments have created. It is also hard to digest the enormity of the fall from grace.

A country that used to be the workshop of the world is a beggar. Sure, there are lots of nice buildings, legacies of empire largely, but beneath the facades of Kensington, Knightsbridge and Chelsea, the country is atrophying – regionally, economically, constitutionally, socially and emotionally. A new prime minister is not going to solve problems that have been festering for a generation or more.

Typically a fast-growing country runs a current account deficit because it is spending more than it is earning, investing more than it is saving – but it is doing so to create the companies, infrastructure or investment to facilitate this breakneck growth. Such an external deficit, borrowing from strangers to build a new economy, is what we might call a “good” deficit.

In contrast, a “bad” deficit is when you are borrowing from strangers to keep up appearances. When a country is barely growing, like the UK, running deficits of this magnitude tells you the entire project is unsustainable, and this is why the UK is heading for a major economic meltdown with the prospect of vicious austerity that always affects the poor more than the rich, thus exacerbating the sense of national crisis.

When you can’t pay your bills you have to stop spending. The financial markets now demand that everything the UK does from here is costed to the last penny. Interest rates will rise sharply for a nation already heavily indebted, pushing down house prices, crushing the balance sheets of the leveraged middle classes, who have bet the house on housing. The resulting balance sheet recession will scar a generation and, as was the case in Japan during the 1990s, it will take a long time to recover.

The roots of this crisis can be traced back to the Thatcher experiment, which was nothing more than a heist by one class and one region over the rest. The financialisation of the entire economy meant that the City of London morphed from a provider of capital to those brilliant engineers and creative minds heralded in the Science Museum to being a spivvy casino of venture capitalists, asset strippers, short-term speculators and other assorted highly-paid bottom fishers.

The resulting inequality, which we highlighted in this column a few weeks ago, has been crystallised in one statistic. In most of Europe the gap between the top earners and the bottom earners after taxes is about three times, the richest earners taking home three times more than the poorest ones. In Ireland the top 10 per cent take home slightly more than three times that of the poorest. In the UK the richest 10 per cent take home six times more than the bottom 10 per cent. This figure tells you all you need to know about the nature of inequality across the water, and this gap is entirely policy-driven.

Such inequality creates resentment, and that resentment was weaponised in Brexit (itself conceived by Mrs Thatcher’s Bruges speech in September 1988), turning the poor into nationalist cannon fodder for asset-rich financiers, City of London fantasists and their political fellow travellers like Liz Truss and Rishi Sunak.

The result is a fractured country where the poor have turned into English nationalists and the rich have turned London and the much of the south into an asset-protection racket based on rising house prices.

Now the limitations of both of these options are revealed in the recent run on both the bond market and the currency. The Bank of England is trying to steady the ship, and the only solution the government can come up with, irrespective of who the next PM may be, is austerity. The Tories will continue to support the rich, and the aspirant rich, because that’s what they do. And this means the poor will shoulder the burden due to lower public spending.

This doesn’t mean that London is no longer a vibrant city, oozing excitement and opportunity at every turn. The bars of Hackney are brimming with young Irish people, and thousands more will be heading there soon. London is our New York, and it will always be. For generations Irish people have flooded to London, hoping to reach that top echelon where life is sweet. The problem is there isn’t enough room at the top; there never was.

The current levels of inequality in the UK are not consistent with democracy. The country needs an entirely new economic, political and constitutional model.

Ireland created a fresh economic model, building a completely new industrial base with multinationals. Today Ireland raises four times more corporation tax per head than the UK. Now our tax rate will be half that of the UK – this scuppers the Brexiteers’ promise of increased foreign investment. It simply won’t happen.

Britain needs an alternative. The problem for London is that the world is not waiting for the UK to get its act together. We are forging ahead, watching a post- imperialist car crash in our rear-view mirror.

Meanwhile, the Science Museum in Kensington feels just like that, a museum, the echo of a different country, living in the past.
4.6 92 votes
Article Rating
Subscribe
Please login to comment