‘Contented classes’ could be biggest threat to Irish economy 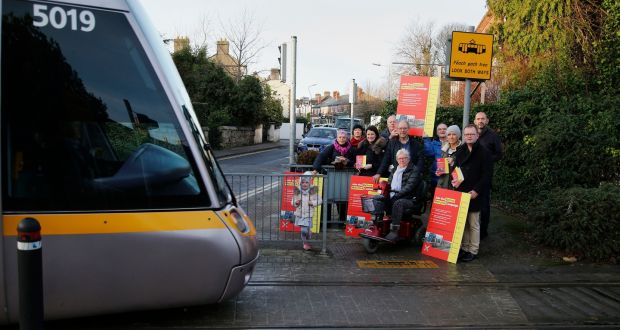 If asked to list the significant threats to the Irish economy, you might be inclined to identify Brexit, artificial intelligence or the EU approach to our tax system. Or you might think about the shortcomings of our education system, the lack of proper housing or the general cost of living.

Typically, we perceive threats to be part of “the system”, the political class, the banks or some events far away over which we have little control, such as Donald Trump or contagion in global financial markets. And then there are threats to the system coming from radicals who want to force change and lurch to some extreme or other.

What if the most significant threat to Irish prosperity is much closer to home, hidden in plain sight? Could the real menace to Ireland come from what could be called the “contented class”, not from those who want to shake things up?

Consider those people who have done well over the past few decades as the economy has grown. The contented class is a class that is prepared – even though they don’t see it this way – to fight tooth and nail to preserve the privileges they and their families enjoy in the property market, education and the professions.

They are people who never break the law, and who pay their taxes, join residents’ committees and walk the Camino. They couldn’t possibly be a threat, could they?

Let’s stand back a bit.

Over the past four decades, even despite the crash, incomes in Ireland have risen twice as quickly as those of our EU neighbours. The economy in general has expanded even faster, the population has risen and, in terms of economic development, Ireland has moved from 28th to 4th on the UN development index.

This sort of societal surge doesn’t happen by chance. Such achievement is the result of relentless economic dynamism, hard work, resilience and extraordinary personal commercial endeavour and risk-taking.

However, over time, the resulting prosperity – itself the consequence of embracing change and taking risks – leads to a type of resistance and form of inertia when it comes to more change.

Yet change – or that more fancy word they use now, disruption – is what forges economic expansion. Economic expansion is built on energetic self-improvement, involving both societal upsides and financial downsides. Disruption is part of the process.

Now that a level of affluence has been reached, we are seeing a certain amount of dangerous torpor. It’s a subtle sort of inertia, more of a “go-slow” than a “tools down”.

Local opposition to major infrastructural initiatives – for example Dublin’s MetroLink, whose southern component has unofficially been shelved because of the disruption its construction would cause to the operation of the Luas Green Line in Ranelagh and other suburbs – retards economic growth and threaten Ireland’s future.

At the vanguard of this threat are some of the people who have benefited most from the economic surge. The contented class, having secured their gains, are pulling up the drawbridge.

This is understandable, why change when you have it all going for you?

These opposition campaigns are not about victims being bullied by the faceless State but involve a powerful block of entrenched interests trying to prevent others from enjoying their privileges.

Consequently, some of the most insidious threats that should concern us now stem from a philosophy of the contented class: Citizens Against Absolutely Everything or “Cave”.

The contented class tend to live in the established suburbs made desirable by previous public investment. These are the places with the best schools, the best public transport, established shopping centres, public parks, public amenities and amongst the highest property prices and biggest consumption of San Pellegrino and Nespresso in the country.

Whereas much of the rest of the country is churned up with skips, new roads, newer estates, giant yellow caterpillar trucks, lads with stop/go signs, endless traffic on roads opened up by broadband cable trenches, jammed Apple Green filling stations and the sounds, sights and smells of the country groaning from decades of breakneck expansion, these older suburbs are different.

These places are frozen in time. The same roads, same tree-lined estates and same bus routes. They are largely as they were a couple of decades ago, because of the serial opposition endemic in the “cave” philosophy.

They are places that favour golf courses over people, static over progress and, more than anything else, they preserve a Stepford Wives-style uniformity as if trapped in 1995. Someone has injected these places with a giant dose of infrastructural botox. They are preserved, the residential equivalent of a creaseless forehead.

Watchers of this phenomenon may also be familiar with the terms nimbyism (“nimby” standing for Not In My Back Yard) and banana (meaning Build Absolutely Nothing Anywhere Near Anything). But in some established areas, we detect a particularly virulent, professional Irish strain of nimbyism, which occurs when individual objectors get together to form an “objectionist coalition”.

At its core, the objective is to preserve gains made in previous generations. It is totally understandable from an individual or small group perspective, but when seen from a societal point of view, it is dangerous because it makes good governance extremely difficult.

In addition, because each individual campaign is usually too small to have national significance, we tend to tolerate specific opposition, but when you roll all these minor indignations up, you have a real and present danger to national progress and prosperity.