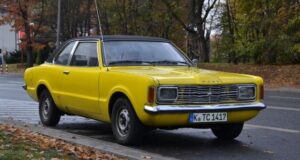 These days most suburban cars are more or less the same shape. Back in the 1980s, there were quite distinct car designs. Despite all the marketing and advertising spiel about today’s cars being unique, they all look much the same.

We began with differentiation, many designs of the same basic product; now they all look the same. What happened and what does it tell us about the impact of global events and attitude to product design?

The change can be explained by the political and economic climate. The first change was overtly political. In 1973, the Arab Opec countries hiked oil prices to punish the West for supporting Israel in the 1973 war, this first oil shock resulted in a change in car engine design. More cost-conscious car buyers opted for more fuel-efficient cars. Fuel efficiency became a selling point along with idiosyncratic design – the best of both worlds, in effect. It wasn’t until more recently that cars began to morph into one design.

The second alteration came with our change in attitude to global warming. Images of floods, hungry polar bears and raging forest fires altered public opinion about the contribution of the car to carbon emissions. In the eyes of many, the suburban car morphed into a grotesque, gas-guzzling, delinquent polluter. The market rejected cars that were not fuel-efficient but it didn’t stop at engines: the aversion to polluting vehicles extended to their design. All cars needed to adjust to become less pollutant per kilometre.

One of the many consequences of this was that cars became much lighter as well as more aerodynamic. Bonnets and windscreens had to slope in a certain way and their edges needed to become less angular and more smoothly curvaceous to avoid wind resistance. Roofs had to curve ever so slightly, as did headlight fittings, wing mirrors and hubcaps.

In an effort to become more aerodynamic, cars lost their distinctive physical designs. The areodynamic design was selected by the market not because of changes to the economics such as price, but due to something quite separate.

At work here is the notion of economic evolution, which follows the same basic three-step formula as natural evolution. We start with differentiation, in which there are many designs of more or less the same thing. The second stage is selection, where one design becomes better at adapting to the changed environment and is therefore selected. The third stage is that, once selected, the design is amplified, just as in evolution, with the end result that all cars look the same.

Is the process of economic evolution personal or public? The market adapts to changes in the environment, but it is impossible to know for sure whether the adaptation is the result of price pressure from higher petrol prices or moral pressure from the impact on global warming.

What can we expect when the price of oil stays high and the public mood towards buying anything from Russia sours irreversibly? It will become unacceptable to consume anything with a Made in Russia sign, from vodka to caviar, even after sanctions wane. As Russia is not a producer of consumer goods, the signal from the market will come in energy consumption, having a profound impact on the way we run our economies.

Ironically, Vladimir Putin – a dictator whose edifice of power is financed by fossil fuels – has personally given the sustainable energy sector its biggest shot in the arm for years. Sustainability will not only become essential for carbon reduction but will also be a sign that you don’t support energy-rich but dubious regimes such as Russia.

According to Eurostat figures from 2019, around 27 per cent of the EU’s crude oil imports come from Russia. About 41 per cent of all Europe’s gas imports are Russian. The EU sourced almost half of its solid fuel, largely coal imports, from Russia (47 per cent). This outsized reliance on non-EU producers, and on Russia in particular, is evidenced in a high energy dependency rate, the share of imports in our energy consumption, which was  61 per cent in 2019, up from 56 per cent at the turn of the millennium.

We have become more, not less, dependent on Russia. You could go so far as to say that Germany and Russia formed a “carbon coalition”. Last year, this column wrote about Germany’s excessive reliance on fossil-fuel to power itself:

“Since 1950, Germany has been burning fossil fuels and turning the result into cars, trains, heavy machinery, plastics, petrochemical products and food. It has exported most of this, resulting in the largest trade surplus per head in the world. The carbon model was so successful for the Germans that all their institutions – political, financial and ideological – were constructed to maintain it.”

This will be re-evaluated. Germany and Europe will, at the behest of our citizens, stop propping up Putin with our energy money. Such a concerted move will cause havoc in supply chains as Russia also exports a variety of basic commodities to the West, from palladium used in car production to widely used aluminium. Russia is also the world largest wheat exporter, and wheat is the foundational price of food for much of the world. (Many believe that the proximate cause of the Arab Spring was rapidly rising global bread prices in 2010.)

However, where there is a crisis there is always an opportunity. The shift away from Russia provides an extraordinary opportunity to re-tool our society and the economy for a carbon neutral world. Ireland is well placed to benefit from this as we have ample wave and wind energy.

There are only four types of sustainable energy in the world: wind, wave, solar and geothermal. Ireland is gifted with two, and particularly the more profitable wind energy. With advances in battery technology, becoming self-sufficient or close to self-sufficient in energy is within the grasp of this country.

In 1922, when this State was founded, one of the first acts of the new government was to build the Ardnacrusha hydroelectric dam. It cost nearly 20 per cent of GDP, but by the mid 1930s Ireland’s electricity generation was one of the most sustainable on the planet as 80 per cent of our electricity came from hydro. If we did it then, we can do it again.

We should seize this moment.