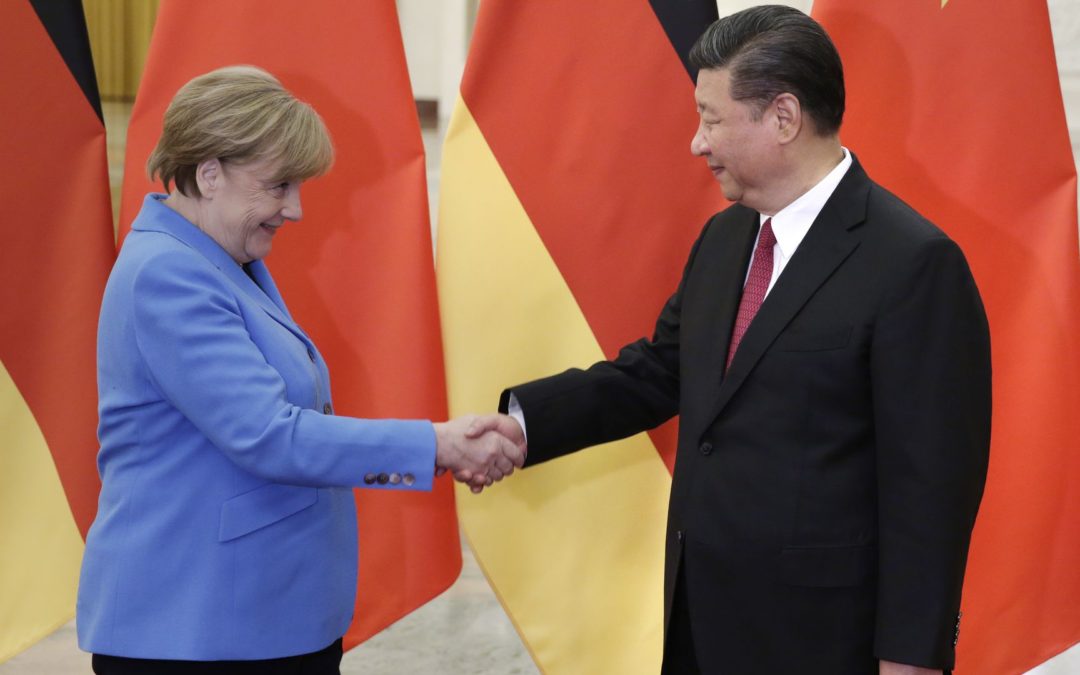 The Metzer Eck in central Berlin is one of those traditional German bars – lots of beer, sausages and bread designed to fill you up. Nothing fancy, nothing elaborate, everything simple and, like almost everywhere in Germany, affordable. It’s a wonderful place to be the night Leipzig give Spurs a lesson in attacking football.

I’ve been coming to this spot for four decades. In the 1980s it was firmly behind the wall, and still has a bang of the DDR off it. The locals are in great form, discussing football and rent control, and later, after more pints, politics.

As we are only a few hundred yards from what used to be the nerve centre of the Stasi, people here are used to talking politics in measured tones. In Berlin politics is serious stuff.

Following a celebratory condemnation of the English Premier League being full of overpaid dilettantes, there’s a warm thumbs-up for Berlin’s recent introduction of rent control. Next is an analysis of the recently aborted pact in Thuringia province, between the far-right Alternative für Deutschland (AfD) and the moderate conservatives of Angela Merkel’s CDU and the Free Democrats.

The mainstream conservatives in Thuringia, a province southwest of Berlin and home to Martin Luther, joined forces with the far right in order to get their man elected. This was the first time the moderates had allied themselves to the far right, and it shocked Germany.

Far too late, Angela Merkel intervened and the “pact” was called off, but the fuse was lit.

People here remember that Hitler was facilitated by a pact with the moderate conservatives, and he levered himself into power with the acquiescence of mainstream parties. At the time the mainstream thought they could use Hitler to consolidate their position. In the end he used them – and then destroyed them.

As a result, any compromise with the AfD is widely regarded as the thin end of the wedge. The central argument is that democracy is fragile and is destroyed from the inside out, and when democrats confer “respectability” on the AfD (an outwardly anti-Semitic, anti-immigrant, German nationalist party) they imperil German liberal democracy in the long term for the short-term gain of immediate power. It has happened before.

The AfD is already ascending in the polls, which terrifies many Germans but emboldens a far-right minority.

It would not be too sensationalist to argue that Germany, for decades the emblem of European stability, is about to enter a convulsive period economically, socially and politically.

If the first and second decades of the 21st century – the Merkel era – were ones of German industrial prowess and political patronage, the third decade could be characterised by German economic angst and political extremism. The post-Merkel era will be profoundly different. The reasons are economic and demographic.

Germany is dying. According to the Berlin Institute for Population and Development, the population in the east is set to decline over the next 15 years by over 25 per cent. This is quite extraordinary and, even more worrying for the economy, the working-age population here is expected to see an even more precipitous 40 per cent decline by 2035.

In the former East Germany, 41 of the former DDR’s 77 districts will lose at least 30 per cent of their working-age population by 2035.

Digging deeper, we see that these trends are more marked in ethnic German as opposed to immigrant groups. According to the German Federal Statistics Office, without immigration the state’s population would have been in decline since 1972. Meanwhile, Germany’s elderly population (aged 67 or over) has risen 54 per cent, from 10.4 million in 1990 to 15.9 million by 2018. This figure is expected to rise by a further five to six million by 2039.

The only people having kids in any significant numbers are immigrants. Among Germans, not only is the birth rate falling but just under half (48 per cent) of first-time mothers in 2018 were in their 30s, meaning Germans are having fewer children, and having them later.

In terms of demographics, Germany is on the same path as Japan. Unlike Japan, Germany has a large immigrant population that, up to now, has been a huge positive for Germany but, as the rise of the AfD indicates, the strain is showing.

Germany’s economic model – known as Rhineland capitalism, where workers, shareholders and banks work together, where workers sit on boards and chief executives almost always come up the ranks – has produced extraordinary results of commercial profitability and social cohesion.

Germany’s banks have always been on hand to provide capital, and because Germany has avoided the obsession with home ownership, there’s plenty of capital to go into productive investment rather than being tied up in unproductive land. In addition, Germany’s family-owned businesses are a byword for unflamboyant planning and high productivity.

In the past three decades German industry has dominated Europe, generating a massive current account surplus. Using the euro has decimated industrial rivals in central Europe, Italy and France.

However, the German model is under threat, not from the spectre of Anglo-American shareholder capitalism – Rhineland capitalism won that battle years ago – but from Chinese state capitalism. The battleground is the jewel in the crown of German manufacturing: the car industry.

The German car industry directly creates about 800,000 domestic jobs and supports an estimated three million German jobs indirectly, generating revenues of €423 billion in 2017, which accounts for just over 5 per cent of German GDP. The problem is that cars have peaked. Domestic automakers produced just 4.66 million vehicles in 2019, a huge 9 per cent annual decline and a 23-year low. German exports also fell 13 per cent to 3.48 million vehicles.

People are buying fewer cars and, when where we are buying cars, they are electric. As the headlines of Tesla opening a factory in Germany attest, German car producers have taken their eye off the ball. Electric car consumption is up 5 per cent globally, but Chinese companies that most people have never heard of account for nine of the top 10 global producers. Remember when you had never heard of Huawei?

The Germans have been slow to switch to electric motors. And the one thing we know is that in global manufacturing, if you have a weakness, China will make it weaker. Irrespective of who emerges top dog in electric cars, the mainstay of German manufacturing, the traditional car industry, is in decline. Germany needs to rethink its business model.

History suggests that Germany is more than capable of change; however, the combination of ethnic German population decline allied with the rise in the immigrant population is creating political tension. The threat to the car industry is causing many Germans to consider what’s next.

Germany’s “left behinds” in the provinces of the east are already voting extreme right. Now that China has cars in its sights, is China about to do to West German manufacturing what West Germany first did to East Germany, and then a united Germany did to euro-zone industry?

With Angela Merkel leaving the stage, will large swathes of German voters, now threatened economically as they have never been, look for a political saviour? How long can it be before an AfD alliance looks attractive again to embattled mainstream conservatives on a national level?

On Wednesday night I left the bar, mulling over these questions. The next morning I woke up to the news that a far-right supporter had murdered nine Muslim men in Frankfurt.

The decade has hardly begun but already the German script is changing.