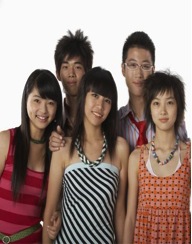 Chinese GDP for the first three months of the year was slightly better than expected. Growth is slowing in China, there is no doubt about this and everyone knows it.

The question is whether this slowing growth will expose lots of bad loans in the system which further undermines the Chinese banking balance sheet? The answer to this is almost unambiguously yes. The issue is how extensive will these bad loans be? Will they be manageable?

Will we get an orderly write down of bad loans or will we, as seems fashionable now to think, get a Minsky moment where good assets are sold to pay for losses on bad assets?

Having been deep in the Minsky camp on Ireland after our property boom/bust, in China I am not too sure. I believe that in the one party state, with no external financing and capital controls, there really isn’t the possibility of a massive credit withdrawal in the way there is in other emerging markets.

This is my anti-consensus play and as a result, I added to my core China long (now 150% overweight) on yesterday’s weakness and remain happy with China as a core investment.

United Kingdom: BoE is stuck between a rock and a hard place

Inflation is falling across the water. This is definitely unexpected and my major call in the UK is that the economy will begin to inflate as it invariably does after a few quarters of good growth. This view may actually be lazy analysis based on past performance. Let me have a longer look at the UK economy to see if anything has actually changed.

On an unrounded basis, CPI inflation declined from +1.72%yoy to +1.60%yoy. This is the lowest level of CPI inflation since October 2009.

From here much will depend on what happens to Sterling and the stronger currency has been one of the key drivers of the lower headline inflation. For British punters, this fall in inflation is very helpful as up to now wages were falling quicker than inflation, which means living standards were falling even as employment was rising.