Global Macro 360 – Daily Note – ECB: Damned if they do,damned if the they don’t 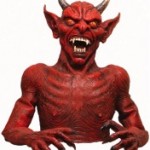 Yesterday I sat on a panel with the head of the Irish department of finance. We had a reasonably robust debate about the future of this economy and then the lad went and resigned. I hope it wasn’t something I said! As always in Ireland, there was shock that a bloke might resign from a cushy job, but I think the bureaucracy must have ground him down.

No such depressed sentiment in the market. Equities bounced higher yesterday but tech stocks continued to weigh on the NASDAQ.

FX was relatively quiet, the USD managed to stop its sell-off despite the fact that Yellen’s testimony earlier was extremely dovish. Emerging markets performed very well today after headlines indicated that Putin asked the Russians in Ukraine to call off the “gun-to-the-head” referendum on secession.

I believe Putin’s move is tactical rather than strategic. Russia is not getting Ukrainian affairs any time soon. He’s playing with the West and we don’t even see it.

The other night I sat with a Spanish industrialist. We were with a group of Latin American businessmen and he explained that he and Spain simply couldn’t compete in the Euro. It was a stark assessment made more worrying with the Euro as strong against the dollar as it is now. He explained that in Latin America where his company was doing business it was getting hammered by the exchange rate.

I’m sure these types of conversation have no bearing on the view of the cossetted bureaucrats at the ECB who meet up today.

The markets don’t think the ECB will announce anything at its meeting today because the continued improvement in the surveys (outside of Germany) point to the euro area recovery gaining momentum. The never accurate  European Commission is pencilling in GDP growth of 0.3% in Q1 and 0.4% in Q2 in their latest (quite pointless) quarterly forecasting round. The figures are consistent with the ECB’s own forecasts from March and should give the more neutral Governing Council members every reason to sit back and watch the data for another month.

In summary the ECB want to do nothing, bar talk.

However, the problem for the ECB is the currency itself.

Draghi has made very clear that a high currency is a concern. He risks the ECB credibility by letting it move through the 1.40 level. Consider the chart below (which we have shown you many times before). To get the Euro moving south, Draghi needs to drive down short term rates in the EZ. This can only be done by introducing liquidity into the system.

I felt it prudent with the meeting later today to take off our short CAC position. We look to re-enter in the coming days at a higher point.