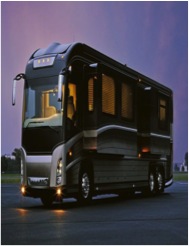 Hope you are in better form this morning than the poor Liverpool fans who saw their team stifled – and ultimately mugged – by football’s greatest mugger, Jose. My son is a Chelsea supporter but as he has been in Germany for the past few months – learning the language of the overlords – our family reacted to the result like all neutrals. We love the romance of Anfield, are uneasy about the money of Chelsea and City, and so we were are bit deflated and felt sorry for the Scousers.

But deflation is certainly not a word that could be used to describe the housing market in the UK, even in Liverpool. Over the weekend it was reported here that 48% of all postal districts outside London are reporting house price increases. This is huge news for the Tory party who intend to win the next election on the back of a housing surge. It also brings forward the likelihood of an interest rate rise sooner rather than later in the UK and puts more upward pressure on Sterling.

Sticking with the UK, we flagged last week the mega-merger mood in big pharma (here) and this morning it seems the monster deal between Pfizer and Astra Zeneca is still on the cards.

Elsewhere markets are weakish this morning following mixed earnings in the US as well as a nasty chess game between Russia and Ukraine. At the close on Friday,  SPX sectors were all in the red, bar utilities..

Despite the weakness in equities and concerns around Ukraine, investors are concerned about being overly long US fixed income ahead of a key week of US data that could show continued improvement.