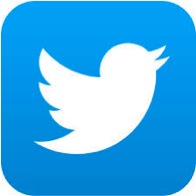 Good morning from a sunny Dublin.  This place can look fantastic in the sunshine, pity we don’t see too much of it. One of the first things I check on my phone in the morning is Twitter. What’s going on? Of the people I follow, who has picked out a killer article or bit of news that I would might otherwise miss if I had to sift through news this morning on my own?

For me Twitter is indispensable, but is it the case for everyone?

The problem for Twitter, which reports its first quarter earnings today, is that it added only 9 million new users worldwide in the final quarter of 2013. That’s not the pace of growth that investors paid handsomely for.

If you look at comparisons between Twitter and Facebook, the figures below show that Facebook’s growth was far more explosive than Twitter’s all across the board from actual users to revenues per head and total revenues.

The fact that Twitter still doesn’t make money is worrying punters. This is hardly surprising. 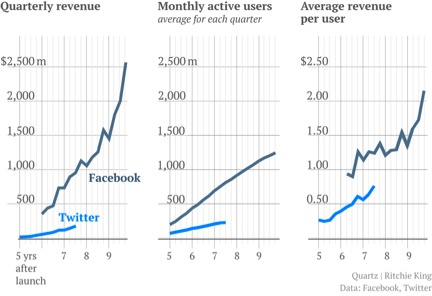 One more thing worrying investors is the fact that employees will soon be able to sell a huge tranch of shares and if this prompts other investors to sell ahead of this event, the share price could tumble.

The stock is down some 33% from its IPO price and given the way its competitors’ insiders like Zukerberg and Sandberg have been selling Facebook shares, investors in Twitter must be nervous as the company’s first major stock lockup expires on May 5.

Next week, more than 500 million shares will be eligible for sale for the first time.

In fairness to Twitter’s bosses and in stark contrast to the Facebook top brass, they have said they won’t sell any shares. But you have to wonder whether that level of loyalty to the company permeates down to the foot soldiers in the organization. I doubt it!

Russia: Stocks rebound as US sanctions have little bite

Speaking of loyalty, this is an attribute valued deep inside the Kremlin and this is precisely why the US is targetting sanctions on Putin’s inner circle. The US knows that the average Russian gets very little of the spoils of the economy and the goodies are kept for those around the President. So the US is going after the cronies.