Global Macro – Daily Note – When I want to talk to Europe, who do I call? 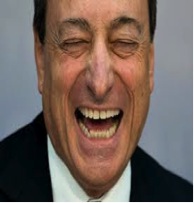 Equities put in another day for the faithful and made new highs yet again yesterday. This followed consensus ADP numbers and positive revisions. Investors focused their sights on the end-of-week employment number. The good spirits were almost universal as all but one sector finished in the green (Utilities small -0.16%).

SPX and Nasdaq are now up +2.5% for the year, while DJIA is flat. Emerging markets did well again, and this is despite a serious move upwards in US interest rate expectations.

But this morning the focus is on Europe.

Henry Kissinger once asked rhetorically, ‘When I want to talk to Europe, who do I call?’ Kissinger was making the point that as long as there were various countries with various positions, there could be no European view. In financial markets since the advent of the Euro, there is a person to call and that person is the head of the ECB.

European monetary policy is still an exercise in weighing up various national economies and trying to come up with a one size fits all policy. Today the problem is that huge areas of the Eurozone are experiencing deflation, deleveraging and mass unemployment. In contrast, Germany is experiencing the opposite: unemployment is low, asset prices are buoyant and workers are getting restless demanding higher wages. Try getting a flight in Germany today and you will know exactly what I mean.

Today is a big day for the ECB because if they don’t loosen monetary policy, Europe faces deflation and deflation with high unemployment is an explosive political cocktail.

Eurozone: All eyes on Draghi but will he blink and act?

Inflation is now running at 0.5% in the Eurozone, undershooting the ECB’s target of 2% inflation by a full 75%.

The issue here is whether monetary policy is uneven. By this I mean if inflation were running above target you could bet your last euro that the ECB would raise interest rates. In contrast, now that inflation is well below target, why doesn’t it cut rates?

If there is a bias in the ECB, and I believe there is, it is very dangerous politically and this is because of the simple fact that when the problem is too little growth and too much debt, the solution is inflation , not deflation.

Unfortunately, the anti-inflationary zealots in the ECB don’t see it this way.  ECB Vice President Vitor Constancio played the anti-inflation card on Tuesday afternoon by saying “We expect the low inflation figure in March will be corrected to a high figure in April” and “we see no deflation prospects” – which is frankly as ludicrous as Mourihno’s post-match claim last night that Chelsea “controlled” the game against PSG last night.

This pronouncement reduced market expectations of a big move from the ECB  today  The consensus view is that there will be no rate cut but maybe some liquidity scheme to help the banks – so for example, it may cut the  deposit rate that banks get for lodging money at the ECB. This would compel banks to lend.

I believe they will go down this road – which is the slippery slope to QE.