Government has no instruments to combat inflation 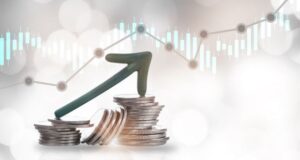 As a boy I loved the smell of turpentine. It reminded me of our garage at home, where my dad painted landscapes most evenings when he came home from work. Painting was his way of winding down, and the garage was his private world of tools, drills, stepladders, fixed-up bikes, USA biscuit tins packed with nails and screws. Oil paints and paint brushes fought for shelf space with dozens of pots marked with his pencilly squiggles, a secret hierarchy of pungent mixes, potions, and lacquers.

Like water into wine, my favourite trick was my dad blending two distinct pigments and creating an entirely separate dye. To my seven-year-old self, the notion that you could fuse two original shades to create an amalgam, a new vibrant and utterly distinct colour, yet with echoes of the foundational hues, was magical. Not satisfied with one transubstantiation, I’d badger the poor man to do it again and again. Rarely more than a piece of birch plywood, the oily mixing palate was our laboratory, where yellow and red became orange; blue and yellow produced green; red and blue generated purple.

Many processes, from colouring to cooking and perfuming, are the result of merging. So too is industrial smelting and all sorts of state altering combinations. In some cases the aim is to enhance, in others to disguise. Ask chefs why they put smoked haddock fritters on Monday’s menu and they will tell you it is the only way to sell two-day-old fish landed on Friday. Fusion alters our senses. Think of blending coffee, mixing a strong and a weaker roast to get a milder, middling result.

Inflation, the big financial fear at the moment, works the same way because the headline rate of inflation is also a blend. Because it is a composite, many people feel that the rate of inflation, a snapshot combination of various different prices at one particular time, does not reflect their own experience. You may hear people responding to a reported rate of inflation with the dismissive, “Well, that might be your inflation but it’s not my inflation.” Or, more accurately in terms of a meaningful definition, “That might be your cost of living but it’s not mine.”

Are they right? Yes they are. Different people experience different costs of living because we spend on different things. Inflation is the weighted average of hundreds of prices in the economy, collated by statisticians, given various weights according to how the average person spends their money.

The quoted rate of inflation might not accurately reflect many people’s experience and, on top of this, our brain plays tricks on us with respect to price increases. We tend to overstate the impact of price increases while discounting the impact of price decreases. That is human psychology. However, our different emphases are critical to predicting the political impact of inflation in the years ahead for three reasons.

First, inflation is now in the system, fuelling fears of rising inflation that will feed into higher wages or prices. This is what we could call “tit for tat” inflation. We see prices and we want a tit for tat pay increase, which makes sense. A rise in the cost of living not matched by a rise in income means a fall in your standard of living. No one likes that. So we chase inflation upwards.

Second, and this is a big worry for the Government, Ireland has no real tools to combat national inflation. We have no exchange rate or domestic interest rate to target domestic inflation, so we have to use taxes and State spending, both extremely blunt and politically toxic instruments.

Third, economists use – and must use – blended inflation figures, but people vote based own their personal lived experience, not some aggregate statistical figure. If your cost of living appears to be rising more than the average, you are getting poorer. This affects how you vote.

We have not seen the problem of inflation for years and it is being blamed on a political class despite it being largely innocent. For the Government, its policy toolbox is devoid of instruments to fight local inflation. In other words, this a political nightmare.

Let us look briefly at US prices because they tell us what is happening internationally.

The Housing index (circa 42 per cent weighting of overall index) saw a 5.1 per cent rise over the past year, contributing 2.141 percentage points (or roughly 30 per cent of the rise) to headline inflation of 7 per cent. New and used cars (about 8 per cent weighting of overall index) have recorded a 20.9 per cent annual rise, contributing 1.575 percentage points to headline inflation.

Prices are rising across the board, and energy, the foundational cost, affects not just cars and heat but food too (as most fertilizers are fossil-fuel derivatives). In terms of who is affected, if you are a renting car-owner living in a colder northern state such as Massachusetts, your cost of living has gone up far more dramatically than a home-owning cyclist in California.

In Ireland inflation is running at 5.5 per cent, the highest since April 2001 and the 14th consecutive monthly rise in the CPI index, largely driven by surging prices in transport (18 per cent) and housing and utility bills (11.8 per cent), contributing roughly 2.30 and 1.92 percentage points to the overall rise in prices respectively.

This reflects rising fuel costs and ever-rising rents and a lack of banking competition which pushes up mortgage interest payments. We can see how the rate of inflation will be much worse for renters, home buyers and commuters, precisely the people any government or political party wants to attract. Our dilemma is that we have no instruments to squeeze inflation out of the system.

Much of the initial price surges were temporary due to supply chain bottlenecks associated with the lockdown. But the longer they go on, the more the temporary fuses into the permanent. The economy then moves from underperforming to overheating with no period of stability in the middle. Once inflation gets into the system it is very difficult to wring it out.

Those with longer memories than me understand what it was like to live and work during the late 1970s and early 1980s in a time of rising inflation when Irish exporting companies went to the wall on a weekly basis. One of which my dad worked in. For me it was a dream world of smells, paints, colours and dyes, when there was no problem that your dad in the garage could not fix.

Unfortunately, the grown-up world is never that simple.