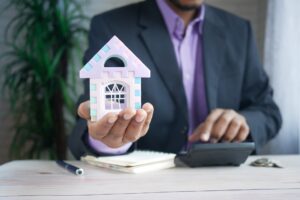 Ireland — a country that only 40 years ago had almost no manufacturing sector — is a manufacturing powerhouse. We have transformed our industrial base from what was a “beer and biscuits” economy, exporting derivatives of basic agriculture, into a highly efficient modern machine. With manufacturing output of €124 billion per year, Ireland’s manufacturing sector is now half as big as the UK’s €253 billion, despite the UK having more than 13 times our population. Accounting for 1 per cent of the EU’s total population, Ireland produces 5 per cent of its manufactured goods exports to the rest of the world.

These figures are sometimes not appreciated in the discussion about manufacturing in Ireland. The debate tends to focus on dire warnings about the increasing amount of tax taken from multinational corporations. It is always right to question a narrowing tax base, but the solution is land or property-based taxation, rather than incessant hand-wringing over corporation tax.

Being a highly efficient cog in the global manufacturing supply chain is a cause for modest celebration, not economic (and sometimes moral) consternation.

Some argue that the manufacturing sector is some sort of “mirage”, a fragile unfaithful cuckoo that is about to fly the nest at any time. Yet the sector continues to get stronger. Others complain that Ireland is merely a glorified, tax-driven, back office for multinational firms, and that the real action is located elsewhere.

While some of this criticism might be valid, it’s better to have a plugged-in, highly capital-intensive manufacturing sector than none. It is almost impossible to build a globally competitive manufacturing base from scratch. Few countries, with the exceptions of Korea and China, have achieved that in the past four decades.

Rather than build from scratch, Ireland has “acquired” a manufacturing base by changing relative prices using the tax system. This strategy was open to every country; some tried, some didn’t.

Now, with the upcoming Organisation for Economic Co-operation and Development (OECD) commitment backed by 140 countries to set minimum corporation tax rates at 15 per cent, Ireland is no longer an outlier, and the strategy of acquiring a manufacturing base will be more difficult to execute for other countries.

We are in another sense far ahead of the pack, because of manufacturing clusters. Clustering means companies go where other companies are already present, meaning that every new investment begets more investment.

On the issue of tax revenues, the new OECD rules will bring more tax in. Corporation tax revenues amounted to 22.6 per cent of net tax receipts in 2021 (€15.323 million) and have doubled since 2016. Consider how much tax revenue that is per citizen: €15.323 million divided by 5.01 million population is €3,005 per capita per year. This money is real. It flows into the exchequer and flows back out in health, education and social welfare spending. It helps build public infrastructure. Without it, income tax would have to be dramatically higher to sustain Government spending. Will it continue? It’s as likely to increase as decrease. The trend argues for cautious optimism.

A more sensible option now would be to put a portion of this money into a wealth fund, as much as €5 billion per year, which would prevent daily expenditures from gobbling up this new source of dynamic financing. At the moment official thinking in Ireland speaks of a “rainy day fund” — a very narrow way to look at the power of money. Money is more than something to plug balance sheets. Money is an energy because it releases human ambition and drive. Imagine the transformative impact of a wealth fund accruing to every citizen, every year. How many start-ups could be de-risked using this citizen’s wealth as collateral for funding?

Think about what this type of wealth would do to the entrepreneurial psyche of the nation, not to mention how it would transform the housing market which today is used to create wealth. Much of the upward bias in house prices is because people feel that housing is wealth accumulation in the absence of an alternative. Now we have an alternative, meaning that housing doesn’t need to do all the heavy lifting. In fact, a wealth fund in tandem with a well-executed site value tax would bring down house prices, while increasing the personal wealth of every citizen, and it would broaden the tax base. Surely that’s worth fighting for?

One other aspect of the manufacturing story is manufacturing’s power as political and social ballast in any society. The key issues with manufacturing are jobs, people’s status and decent incomes. As manufacturing jobs moved to China, in the past three decades, almost every other developed nation has experienced the contraction of its traditional industrial base, leaving its industrial class unmoored, angry and looking for scapegoats. Western politics has been radicalised by Chinese manufacturing.

The rise of China’s manufacturing sector over several decades has gone hand in hand with the decline of industry in the West. 1n 1979, when China started to open up, there were about 20 million manufacturing jobs in the US; now there are around 12 million. Real US manufacturing wages have been stagnant since 1979. All western countries have experienced something similar, with the notable exception of Ireland.

Here the level of employment in high-technology manufacturing as a share of total employment is now also the highest in the EU (29 per cent). Employment in manufacturing as a whole is also quite high, accounting for 12 per cent of the Irish economy. Even in 2020, when every other European country saw its manufacturing exports fall, Ireland’s grew. On the ground, manufacturing is responsible for 12.5 billion in wages and income taxes annually and a significant €1.7 billion of tangible investment.

It’s not all about multinationals (although they are the key drivers). For example, 27 per cent of Irish-owned manufacturing exporters saw their sales increase by 80 per cent between 2010 and 2019, with value-added per person increasing by 25 per cent. Within Europe, the transformed Irish industrial base is today the second largest exporter of medical devices in Europe; the second biggest exporter of pharmaceutical goods and medicines in the EU; the largest exporter of dairy products in Europe. Sixty per cent of Ireland’s final manufacturing exports are now part of global supply chains, sustaining nearly half of Irish private sector employment, the second highest rate in the OECD.

The political and social ballast resulting from a huge rise in industrial jobs here might also be responsible for the absence of right-wing populism or radical Left easy fixes. Possibly the relative lack of an explicitly anti-emigrant party, pointing the finger at foreigners, is less based on Irish tolerance and more the result of hundreds of thousands of well-paid jobs, making stuff, jobs that have disappeared in other countries.

The manufacturing miracle here is possibly the least well-appreciated chapter in the Irish economic story. The possibilities of using this huge windfall for a citizens’ wealth fund are endless and have real transformative potential for the entire society. As the world slows down, manufacturing might hit a bump, but the least we can do, given the prowess of manufacturing, is get some of our domestic house in order — infrastructure, housing and education — to make sure that we repeat this industrial success of the past 30 years.