Hold on tight as the credit cycle will take off again, euphorically 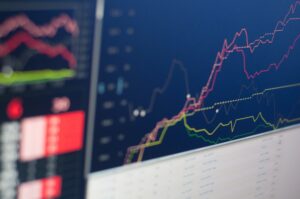 Looking back, 2022 was the year the interest rate cycle turned and much of what has happened in financial markets since last December reveals the true nature of investors and the primacy of group psychology when it comes to money. From crypto to tech stocks, all sorts of “assets” that were pumped up in the boom are falling to earth, exposing yet again the madness of crowds and how humans behave when we are in a money mania.

Economics and financial theory try to impose science on asset prices and devote endless time to mathematical formulae about fundamental value and quantitative assessment of the price of an asset. Obviously it is helpful to assess whether an asset, a house, a stock, or a bond is under or overvalued and theoretical valuations depend on factors like stream of revenue, a profit margin and a well-managed cost base. Part of the enthusiasm for a company might also lie in it being in an industry or a market segment that is expanding or where the company has some implicit advantage.

This all sounds logical and, indeed, mechanical enough, but this is not how most people behave. Real world behaviour is more like that of a giddy herd, buoyed up by gossip, optimism and bravado. Investing is a crowd phenomenon that we can view through the prism of human emotions. Humans are social and booms and busts are a reflection of hyper-sociability. You can’t speculate or gamble alone. These are crowd phenomena. As Isaac Newton apparently lamented after losing his shirt on one of the great episodes of financial speculation, the South Sea Bubble, of 1720, “I can calculate the movements of the heavenly bodies but not the madness of crowds.”

Rather than use the cold language of economics, deploying terms which describe various states of human emotion are helpful when observing financial markets – words like hope, enthusiasm, optimism, euphoria, trepidation, anger, fear and resignation.

At the beginning of a cycle hopeful investors start believing that whatever money they put down will magnify as the investment cycle matures. They embark with optimism. As the asset price rises, they feel enthusiastic, reassuring themselves that they are on to a winner. The rising price acts as a siren to others. We brag, gossip and chat, coaxing formerly parsimonious folk to join us on the ride. Rising prices seduce the more demure.

We move from enthusiasm to excitement, and we tell anyone who might listen. More jump on the bandwagon, underscoring JP Morgan’s observation that “nothing so undermines our financial judgment as the sight of our neighbour getting rich”. At this exciting stage banks offer leverage to investors, reducing the collateral needed to qualify for target investment. How many eggs can we put into this one basket?

Prices rise and we head towards the peak in a state of collective euphoria. The crowd is now humming and as they are all in this together, it’s like a group trip. Everyone is coming up. No one is allowed to wreck the buzz. This is the point of maximum financial risk coincident with the point of maximum leverage. Everyone is borrowed and everyone’s balance sheet is fragile, although at first blush people look, on paper at least, richer than ever, bearing out the observation that the worst financial decisions are often taken in what appear to be the best of times.

At this stage some smart investors sell, abiding by the “nobody ever lost money by selling too early” dictum. The giddy amateurs – the greater fools – are still buying from the more astute professionals.

Prices start to wobble. Savvy investors take their chips off the table. Yesterday’s euphoria gives way to unease. The crowd isn’t so confident anymore, and begins to gossip, but now in reverse.

What was bullishness last week becomes bearish today. Most investors, on seeing prices fall a bit, reassure themselves that a few percentage points fluctuation doesn’t matter, because we are in for the long haul, long term investors! Aren’t we?

Prices keep falling. There are no new buyers. Banks, brokers and exchanges that once lent to the optimistic borrower call in their loans. These are called margin calls. The investor at this stage is in denial. This can’t be happening. The stages of grief ensue where denial is followed by anger. The luckless investor must sell his assets to cover the margin calls, the money he owed the bank. But he borrowed when the stock was riding high, now he has to sell it at a low price and find the difference in cash from somewhere.

The herd, whipping itself into a pessimistic frenzy, panics. Everyone tries to sell at the same time, deflating the price yet further. The moment of capitulation isn’t far off. Momentum towards surrender is accelerated by contagion, where the problems in one market bleed into another. Good assets must be sold to pay for bad assets. Contagion, the process by which many good assets get infected by the negative hysteria around one bad asset, is a phenomenon of the complex, interrelated system that is the global financial system.

Despondency, and despair, the darkest part of the night before the dawn, leads to relief that maybe the worst has passed. The herd breathes again, hoping that better times lie ahead. The switch from relief to hope lays the ground for optimism and off we go again, convincing ourselves that this time it’s different and we lose our previous caution and get involved in the next boom.

Looking forward to 2023, when we get a sense that the credit cycle has reached its plateau, hold on tight because we will take off again. Euphorically.