If Boris Johnson is the answer, what is the question? 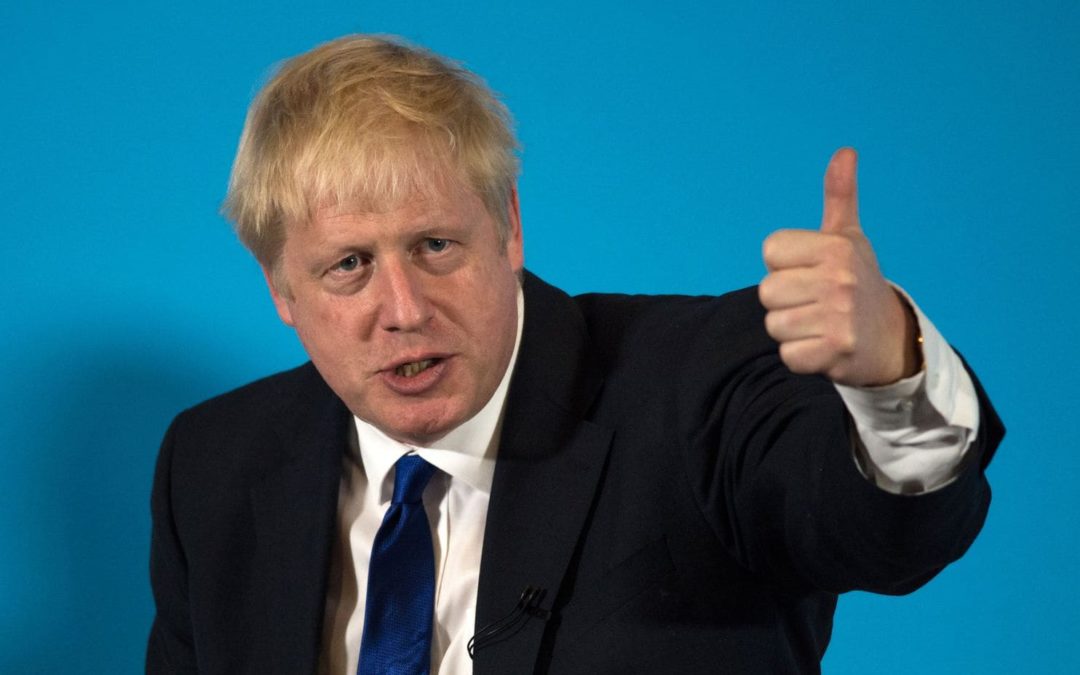 If Boris Johnson is the answer, what the hell is the question? Perplexed? Who isn’t? Not for the first time over the past few months, the revealed nature of England, a country we thought we knew, confounds us.

To understand the dynamics at the top of the British government, and to guess what might be the question to which Johnson is the answer, we have to dig a bit.

It is individuals – rather than institutions – who make the big decisions, and therefore personal testimony and first-hand experience of those individuals can be useful in teasing out that which has rendered logic and analysis redundant.

In a recent article in the Financial Times, columnist Simon Kuper wrote his own piece of personal testimony about the origins of Brexit. Kuper locates the origins of the present incarnation of high-Tory Euroscepticism in the Oxford Union – the debating society of Oxford University and a sort of Westminster for teenagers – in the late 1980s.

Kuper penned a terrific article about how the men ruling Britain now (Johnson, Gove, Hunt and Cameron, not to mention Rees-Mogg and arch-Brexiter Daniel Hannon), all strutted together in Oxford. Luckily for journalism, Kuper was there, watching and taking notes.

The crux of his argument is that these lads haven’t changed much since they were playing at politics in the late 1980s. It’s still all a big game to them. Politics as theatre has always been the chosen path of Oxford’s batch of Tories. Kuper maintains that the extraordinary power of conviction and ambition, coupled with loquacious posturing, which was so essential at the university debating society, is still the fuel that propels Brexit and Johnson.

Add to this the weirdness of the British class system, which imbues these old Etonians with unfathomable belief in their right to rule – despite the world moving on from empire – and you are left with a highly unstable concoction.

The Oxford Union was a place where bluster, self-belief and rhetorical flourish trounced detail, groundwork and planning. These raffish attributes catapulted the posh wannabe politicians forward.

Characteristics such as methodical evaluation and exhaustive analysis, so essential in long-term planning, were seen by the denizens of the Oxford Union as terribly dull and worse still, common, the sorts of things engineers worried about. (You might have noticed that really posh people seldom become engineers, it’s far too detailed.)

According to Kuper, the tone of Brexit and the men who now embody it, stemmed from Oxford in 1989. Today, 30 or so years later, the British side of the negotiating table will be top heavy with such people, who are intent on marching to Brussels, armed only with self-assurance and an impressive speech.

This week, I considered the attributes that will dominate the British side as I cycled in an unusual heatwave along the tree-lined canal from Damme to Bruges in Belgium, the home of the College of Europe.

If Brexit was spawned in Oxford, European integration, Brexit’s opposite, was birthed at the College of Europe in Bruges. The contrast between the two types of graduates couldn’t be starker, and these personality traits will have a huge impact on the final months of the Brexit saga.

I was in Belgium for a 30-year reunion with my old university classmates. Like the Oxford Tories who used Oxford as their springboard to the British cabinet, the College of Europe was my friends’ springboard into the EU institutions. They now run the commission, parliament, council and are heavily represented at the country permanent rep level in Brussels.

My old College of Europe classmates are the Eurocratic elite so hated by the Daily Mail, Daily Express and golf club revolutionaries behind Brexit.

Many are now senior negotiators on the EU side. For example, Sabine Weyand, the deputy-chief EU negotiator and Michel Barnier’s number two, is a graduate of the College of Europe. They are the technocratic officer class of the EU. Throughout the whole Brexit debacle, Barnier has looked to them for advice.

They are the polar opposite to the Brexiteers. The College of Europe is a technocratic post-graduate university that takes multilingual graduates from all EU countries with first-class honours degrees in economics, law and public administration. The aim is to create the next generation of European technocrats. (Quite what happened to me is another story!) Once we were in the college, the academic emphasis was on understanding and becoming expert in EU economics, law, history, and above all, policy.

There was no debating society in Bruges. The focus of every course was detail, analysis and technocratic excellence. Complexity was a given.

In truth, the whole business was a bit rigid, inflexible and officious. However, the overriding aim was to create an officer class of governmental officials. In this aim, the institution has been remarkably successful.

The upside to this training was/is that the people negotiating from the EU side make few elementary mistakes on the granular details of a trade deal or a withdrawal treaty. The downside is that they live in an organisational bubble and can be spectacularly tone deaf to politics.

Moreover, they are insulated from the economic impact of their policies at street level. Like the Brexiteers who are “believers” in Brexit no matter what facts are put in their way, many of my Bruges contemporaries too are “believers”. Their core catechism is the EU and its commandments, such as the single market, the four freedoms and the customs union. Anything that threatens their core position, is heresy. Their duty is to the treaties that bind the EU together.

Like their Brexiteers opponents they are products of their generation. The “Oxford Gang” are the children of British exceptionalism and Margaret Thatcher (who ironically kicked off contemporary Euroscepticism with her famous “Bruges speech” which I witnessed as it was the commencement speech for my graduating year in the College of Europe).

The “Bruges Gang” are also products of their generation, but the event that shaped their pan-European agenda was the fall of the Berlin Wall, and their spiritual leader was Jacques Delors. You couldn’t get two more opposing worldviews. Unfortunately, both are absolutely convinced of their own righteousness.

What happens when the irresistible force of the Brexiteers, fuelled by overconfidence and bluster but armed with a sense of destiny, smashes into the unmovable object of the EU technocrats fortified by treaties and regulations but bolstered by an unflappable sense of duty?