If I were Paschal Donohoe, here is what I would do 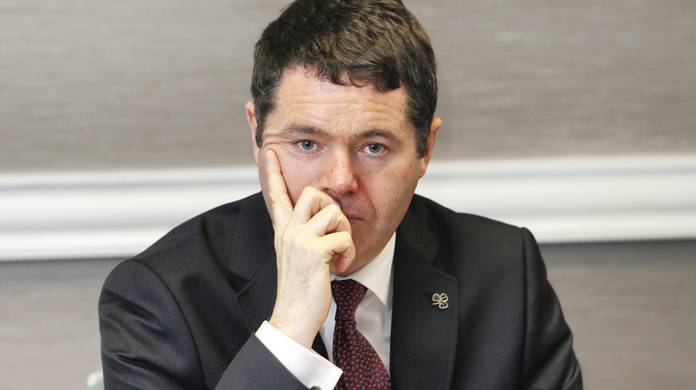 On Wednesday evening at rush hour, with rain falling steadily and traffic bumper to bumper, I hopped on the Dart from Dún Laoghaire to Dublin city centre. Plugging in my headphones, I thanked my lucky stars that I live in one of the few areas of Ireland that has a reliable train service.

Relaxed ahead of a meeting, safe in the knowledge that the train would be on time, I considered how good public transport infrastructure enhances our lives. It’s not just a means of getting from A to B , it’s a mark of a civilised, democratic country. But why should citizens who live along the Dart line enjoy a luxury that is denied to others?

Providing public infrastructure is a basic function of any state – and we are failing. The track my Dart runs on was laid before the Famine. I’m not joking. Transport infrastructure is an ongoing project, and a country with a growing population and ambitions to compete internationally needs to constantly upgrade.

Building a state’s infrastructure is like clothing a growing teenager: you buy runners that are at least a size too big. When building public rail and road networks you have to build for tomorrow not today. Efficient public transport is an essential ingredient of an enlightened society. Traffic jams, in contrast, are a sign of backwardness.

Earlier in the week, heading through the impressive Port Tunnel, I wondered why they stopped digging? When we had that giant boring machine that tunnelled away, excavating massive holes under the ground, why did we turn it off? If we had kept drilling we might have had a few more traffic tunnels and a proper integrated Metro system by now.

You might retort that we had a calamitous crash and ran out of money, but money is never the impediment to building infrastructure; ambition is.

Every country needs an infrastructure plan dictated by demographic realities and national vision – rather than by the ebb and flow of the business cycle. After all, this is what long-term interest rates are for; they enable a state to borrow for up to 30 years, ironing out cyclical economic blips and peaks.

Public infrastructure building should pre-empt demand, not catch up with it. Remember when Dublin’s Terminal 2 was built during the recession. People criticised it for being empty, overblown and far too big for the temporarily diminished traffic. Ten years later it is bursting at the seams.

As budget week approaches let us consider why the budget should not be used as an annual jamboree for the political class, but as a marker for a multi-decade plan to provide proper public infrastructure.

Once the State has done this job it should be confident that the animal spirits of commerce and the restless gale of innovation will drive the economy. The role of the State is not to dictate the minutiae of the economy or scramble to set up relief aid for sectors hit by an external event such as Brexit (which will pass), but to create an efficient platform from which private business, domestic and international, can thrive.

So what needs to be done and how can it be financed?

Let’s look at the facts. Ireland has the fastest natural population growth among European countries. The most recent figures show that the crude rate of natural change of population (live births minus deaths per thousand annually) is +6.6. In contrast, the rest of Europe’s population is shrinking, with a figure of -0.8.

In addition, because we are attracting in thousands of new migrants who tend to live in cities, urban infrastructure is under particular strain.

Eurostat has done a huge amount of work on demographics. The EU numbers have two implications for Ireland. The first is that we need to build ceaselessly and the second is that the cost of borrowing within the euro zone will continue to be extremely low, allowing the State to ramp up borrowing right now and not worry about the national debt.

Now I realise not worrying about the national debt may sound cavalier, but it is nothing to stress about when interest rates are so low and are likely to remain so. In fact, not borrowing to build now is a dereliction of national duty.

Ireland is a demographic outlier. We have the highest proportion of young people, at 21 per cent, and the lowest share of over-65s, at 13.8 per cent. We have the lowest median age in the EU at 37.3 years. We have five working-age people for every older person, the highest in Europe.

Therefore we have to build and spend, while the rest of the EU consolidates and saves. An ageing EU implies that the rate of interest in the euro zone will remain very low – because old people save rather than spend and this results in ample scope for Ireland to borrow cheaply to roll out infrastructure.

But how could we pay for it all?

Now here’s the trick. The CSO isolates how much tax we raise from transport. How about ringfencing this total to service the public transport interest bill alone, linking the problem to the solution?

“Interest only” is the way countries finance their national debt. No country pays off the principal.

Let’s look at the figures. Last year we raised €1.87 billion from motor tax, VRT, NCT and other transport-related taxes. We should use this nearly €2 billion in annual revenue to service a 30-year bond financing Metro building, train building, cycle lane building and new motorways.

Thanks to the EU’s older population, today’s rate of interest for government long-term borrowing is less than 1 per cent, which means Ireland could roll out €200 billion of transport infrastructural spending without any hassle.

This is in fact far more than we need, but you can see how everything could be financed easily from current revenue.

Given our population projection we have to do this anyway. Let’s create a sophisticated underground and over-ground rail network.

Now that would be an interesting budget ambition.