If the fuel runs out, what’s Ireland’s back-up plan? 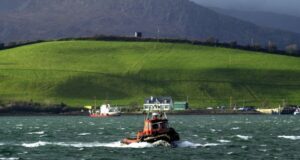 Ireland has about five days’ diesel supply in Dublin Port. A few weeks ago, at the start of the war in Ukraine, this dipped to one day. The authorities scrambled to find more, and vital diesel arrived on the unusually named STI Clapham, a tanker from the UK that provided three days’ supply.

Our diesel comes from two refineries in south Wales, which turn crude oil into diesel. Need we remind ourselves we are an island that imports all its fuel? Typically, the country has around two weeks’ supply, but this is falling by the day. Supply levels are now critically low.

Latest figures from the National Oil Reserve Agency  (Nora – expect to hear a lot more from them  in the coming weeks) state that Ireland uses about 870,000 litres of diesel daily. Without this diesel, the economy simply stops – no ambulances, no hospital heating, no haulage industry, no food on shelves, no construction, and, obviously, no farming. While the average car driver frets about petrol, the State worries about diesel.

Despite all the talk about the wonders of tech, the economy at its core is a smelly, dirty, fuel-burning combustion engine. It looks and feels more like an oily mechanic than a trendy hipster. This may change with renewable energy in the pipeline, but right now our economic engine runs on filthy fossil fuel. Best not forget that.

Are we close to running out of diesel and petrol?

The obvious answer is yes, but it’s not that simple. Things might go right as well as wrong, but it’s probably best to plan for the worst. The way this energy crisis is shaping up is reminiscent of the financial crash, when the State’s communication strategy up until the very last was to deny the extent of the problem, lest it “frighten the horses”. Speaking as a horse, wouldn’t it have been nice to know?

Those who pointed out the coming catastrophe were dismissed as doom-merchants. In the end, the underlying financial position of the country was worse than the government’s bleakest (and confidential) projections. Today’s official strategy isn’t too dissimilar.

Here’s what’s going on. The people understand that there is a fuel crisis; the price at the pumps tells us that. A few weeks back, prices were rising by 10 cents a day. Today, at around €1.80 a litre, diesel (and petrol) prices are about 70 per cent up on last year. Electricity and food prices are up, too, because we burn fuel to heat ourselves and farm the land. 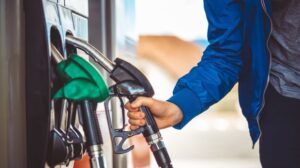 Prices sort themselves in the sense that they respond to perceived future shortages; and as prices go ever upwards, we will stop driving. What is not factored in is the sudden stop. To use the parlance, the assumption is still a “soft landing”, not a crash.

However, if the EU sanctions Russian oil, or the Russians try to break the western alliance by turning off the tap, then it will be a sudden stop.With every atrocity, EU sanctions come closer. Meanwhile, Putin will be happy to strangle the EU, knowing that a peace settlement with Europe gasping for fuel will be much more advantageous for him.

It doesn’t have to get to that point for Ireland to grind to a halt. Higher prices might prompt a large haulier or several hauliers to stock up by, for example, ordering 10,000 litres each today to avoid paying more in the future. In such a scenario (not unlikely), several forecourts will run out of fuel, “No Fuel” signs will go up, causing panic buying across the board.

This would be enough to drain reserves in hours or, at most, days. At this point, economics turns into group psychology, where herd behaviour dominates, leading to a contagious stocking up.

There is another scenario, applicable because we are an island, where a storm could hold up the docking of a vessel from the UK; a five-day supply could fall back to one. When a supply of anything is fragile, small hold-ups or panic-buying have huge ramifications.

Reassuringly, in the worst-case scenario, in which either sanctions are imposed or the Russians counter-react, Ireland holds 100 days’ emergency supply of fuel. It is stored in Bantry and already refined. At this point, you’ll be hearing more about Nora, theState agency charged with releasing energy. Doubtless there are senior civil servants’ committees under the auspices of the Minister of Transport working away on such an eventuality as you read this.

It might be an unfortunate coincidence in the very short term – no matter what the impeccable logic of the Green Party’s energy position long-term – that the Minister in charge is a life-long campaigner against fossil fuels. For now, fossil fuels are all we’ve got, and we don’t have much.

The fuel can only leave Bantry by ship, not by road transport. Google a map of Whiddy Island: there’s no bridge to transport the fuel to the mainland or, worse still, no pipeline. Ireland’s entire emergency fuel stock, 100 days’ worth, is stuck on an island with no way of getting it off other than via a tanker.

In normal times, getting a tanker wouldn’t be too difficult. But if there are sanctions or Russian retaliation, the whole of Europe will try, at the same time, to source oil via chartered tankers from the Gulf Arab states and west Africa. Ireland would be at the back of that queue because our needs, though essential for us, are inconsequential when compared with the big countries.

If this event were to come to pass, all previous contracts would be null and void under “force majeur” and it would be every man for himself. You would have to hope that we have put some sort of insurance policy in place to charter a tanker now, just in case.

A run on a petrol station is very much like a run on a bank. The source of the panic is fear; address that fear and the panic disappears. If people go to the bank fearing there is no money there and it turns out there’s loads of money, the panic abates instantly. Similarly, if people panic about fuel supplies and there’s enough fuel at the pumps, everything settles down.

There’s no point having 100 days’ supply stuck on an island; it should be in Dublin Port stores, ready to be shipped around the country at a moment’s notice.

Minister  for Defence Simon Coveney has indicated that Ireland supports full fuel sanctions on Russia. Looking at the atrocities in Ukraine, few would argue against this. Putin might also do it for us. The implication is obvious: diesel and petrol supply will run out in days. There will be immediate rationing for special sectors, such as hospitals, food distribution and the guards.

We are in a brave new world, yet all our fuel is on an offshore island with no bridge or pipeline.