In the mandarin v merchant debate, my money is on the merchants 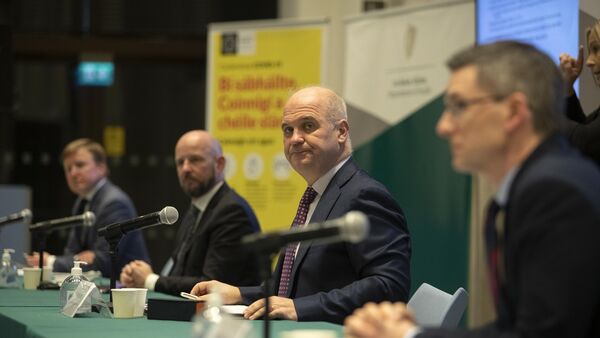 One of the great mysteries in economic history is why large parts of Africa and Latin America do not speak Chinese but rather English, Spanish, Portuguese or French.

In 1492, when three rudimentary Spanish vessels alighted in what is now the Dominican Republic, the Chinese navy dwarfed the combined sailing infrastructure of competing European kingdoms. Technologically, China was miles ahead of Europe, with gunpowder, watches, paper money and a whole host of other innovations, created and honed over centuries. These innovations beguiled Marco Polo.

China was by far the most populous nation on Earth and was one unified empire, as opposed to the quarrelling states and statelets of Europe. It was ruled by a highly educated, technocratic class, the brilliant Confucian bureaucracy, schooled in science and philosophy.

And this was its Achilles’ heel. The technocratic class argued against overseas adventures, suggesting that such risk-taking would undermine the stability of the internal empire. By controlling all innovation and, more critically, the dissemination of invention, the Chinese mandarin class inhibited the progress of China, despite such a head start. The mandarins whispered to the emperor why he should not do things rather than why he should.

As a result, China stayed closed. She never sent her navies out to explore the world. Her merchant class was never allowed to explore new markets, to trade far and wide, for fear that these freewheeling merchants might bring back not just goods but destabilising ideas to the Middle Kingdom.

In contrast, the kingdoms of Europe were driven by the merchant class and the lure of finance. What’s more, they competed against each other to finance merchant adventurers. By the late 16th century, the Dutch had come up with new financial architecture designed specifically to finance exchange and innovation.

Earlier still, Columbus’s accounts make an entirely fascinating study in their own right. A meticulous note-taker, constantly in debt, obsessed by balance sheets and trade, the great explorer was also a merchant, driven by commerce.

The Europeans allowed their merchants to lead their exploration drive. Expeditions were privately financed, such as the conquest of Ireland by Cromwell’s NCOs, by the burgeoning stock market of Restoration England. (I’m not defending colonialism here, just explaining what drove it.) The European merchants took risks and innovated, tinkering around with all sorts of technologies to make better products and, ultimately, to raise European living standards.

The Chinese mandarins couldn’t be any more different from the European merchants, preferring an exuberance of caution rather than a flamboyance of risk. In the end, not only did the risk-averse Chinese not explore the world, but the venturing Europeans ultimately explored China and conquered it, rendering the great Middle Kingdom a vassal state in what the Chinese refer to as the “hundred years of humiliation” from 1850 to 1950. This period of national shame began with the Opium Wars and ended with the victory of Mao.

Historically, the battle between the mandarin and merchant classes goes to the heart of power dynamics in many countries. In the end, the mercantile Europeans, nothing but grubby upstarts in the 15th century, became the rulers of the world while the sophisticated 15th-century mandarin Chinese became impoverished subjects of European traders.

It is true that the mandarins have never paid their way and have lived off the taxes generated by the merchants and the farmers/workers. Merchants regard the mandarins as remote, intolerant, and prone to sweeping decisions that see the entire society through a narrow prism that takes no account of the complexities and the sensitive ecology that is society.

Historically, both vied for power by trying to persuade the ruling class or government to jump a certain way. Therefore, governance was and is a balancing act, weighing up the options on both sides in order to make decisions.

The mandarin class used to include priests and church leaders, magicians and wizards. Today, it encompasses bureaucrats, advisers, scientists, technologists, intellectuals, engineers, economists, journalists and anyone who manipulates mythology or ideas. Typically, they value education above experience and are highly dismissive of criticism or questioning.

While claiming to uphold science, they sometimes forget that the road to scientific discovery is being wrong, not right. In science we only progress by being wrong and for real scientists there is a joy in being wrong, because being wrong leads to the breakthrough of discovery.

Over the years, merchants have valued pragmatism over hard and fast rules; education, for them, is useful to have rather than being important as a badge. They tend to be risk-taking innovators, understanding that they could be wrong but prepared to pay the price personally if they are. They pride themselves in having a better understanding of the complexities of society than the more tunnel-visioned mandarins because they deal with people every day.

To this day, the struggle between the mandarins and the merchants pertains, and the showdown this week between Nphet and the hospitality industry is a classic case in point. Both are vying for the ear of the Government.

Nphet are the ultimate mandarins, deploying extrapolative models with wide variance between central and worst-case outcomes to bolster their position. The merchants are suggesting that people will regulate themselves and argue that the vaccine rollout will massively reduce the amount of vulnerable people. Both sides have merit.

The mandarins are right to argue that if the new variant sweeps through the population, many young people will get sick. And the merchants are right in the sense that modestly sick young people will create herd immunity and this, added to the vaccination of older people, will ultimately provide a quicker exit from Covid in its various incarnations. They argue that more lockdowns will destroy not just commerce but the population’s support for the Government.

They also make the point that the mandarins will be paid come what may. Nor will the mandarins face the electorate in a few years. In short, they will not suffer whether they are right or wrong.

Looking at history, the mandarin bureaucracy of China was over-cautious, with calamitous results for the Middle Kingdom. In contrast, the thrusting merchants of Europe, drove the Continent forward.

As we witness our own mandarin/merchant struggle in a country with a successful vaccine rollout, we might never know who is right this time, but my money is on the merchants once again.