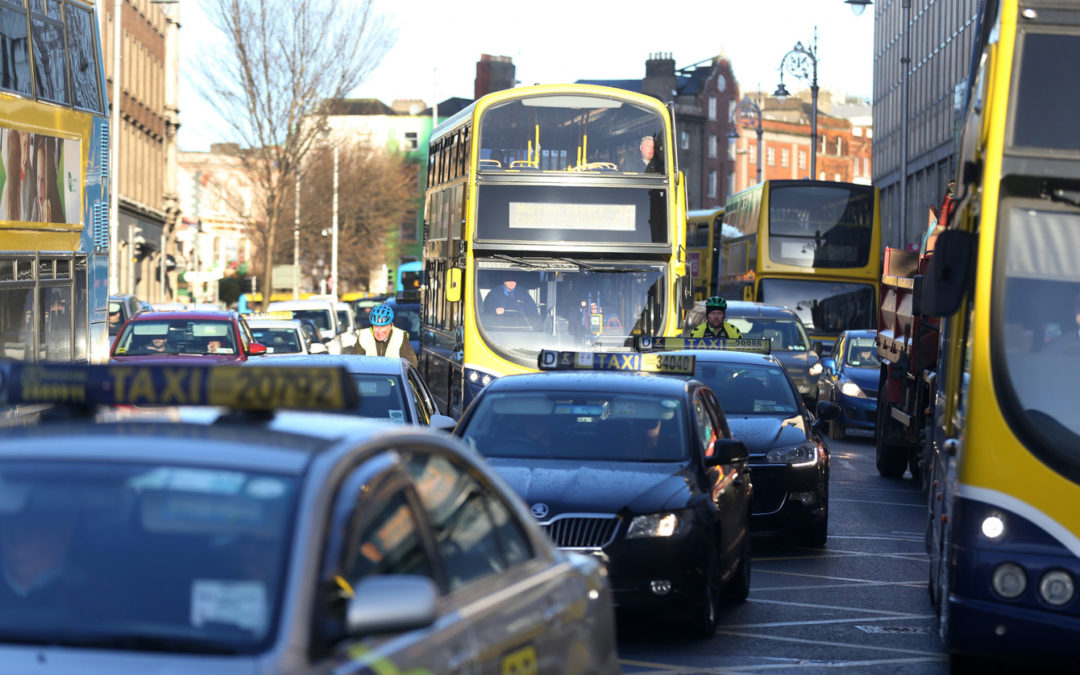 Election season can be an opportunity to signal a change in behaviour. Arguably the politics of behaviour is one of the key crucibles of any modern election. People change their habits and do so regularly.

For example, in the 1970s, people lit up almost anywhere, smoking away in other people’s houses, in pubs and on buses. Today, smokers congregate outside. In the 1980s, drink driving was common. It was regarded as a bit iffy but we did it.

Today, for nearly everybody it is a complete no no. Some older drivers are still at it, but socially, drink driving is completely unacceptable. Had you told my late father – a lifelong dog lover, owner and walker – that he’d be expected to pick up his own dog’s droppings in a bag, he would have laughed you out of the park.

Yet all these behavioural changes have come about and are now accepted to such an extent that people can’t imagine going back to the old ways. This is what societal change looks like. Something that was once accepted as normal becomes an affront to respectable folk.

This brings me to the lunacy of rush-hour traffic, which is an affront to our intelligence, our health and the environment. It is time to apply economics to traffic, particularly traffic in our cities, most notably Dublin. Traffic and congestion should be a major electoral issue.

Let’s not start with cars, but let’s begin with public property, the public road. Traffic is a space issue: there are too many cars in the limited space of the road at a particular time of the day. Because cars clog up the roads, more efficient and more sociable modes of transport, such as buses and more environmentally-friendly modes of transport such as cycling are crowded out.

Even where there are bus lanes, the needs of cars on the cramped roads interfere with the buses, playing havoc with timetables and undermining the service.

A good way to look at this issue is through the lens of property rights or the lack of them. Congested roads at rush hours are desired by drivers the same way houses with sea views are desired by home owners.

In the housing market, access to houses with sea views are rationed by price, being far more expensive than others. But at the moment, road space at rush hour is not rationed, so we have a free-for-all, a mechanised version of anarchy. Because no one is charged, everyone suffers.

When you get in your car at rush hour, you don’t think about the others who are also suffering. Because you add a fraction of time to everyone else’s commute, the aggregate impact of too many cars is gridlock. This is called the “paradox of aggregation” in economics. What is good for the individual (you driving at rush hour) is bad for the collective (everyone stuck in traffic, polluting the atmosphere).

Dubliners spend on average 246 hours in traffic every year. That’s more than Paris (237) and London (227). Moreover, Dublin is believed to be the slowest city centre, dipping as low as six miles per hour (9.6km/h). Traffic woes in Galway, Cork and other Irish cities are common knowledge.

The impact of rush-hour traffic is clocked by the fact that at peak times, general Dublin speeds reach about 18 km/h; at off-peak times, speeds are about 37km/h, rising during “free-flow” times to an average of 45 km/h.

In economics this phenomenon is called the “iron law of congestion”. It was coined by the American economist Anthony Downs in 1962, and the law states: “On urban commuter expressways, peak-hour traffic congestion rises to meet maximum capacity.”

It is not a matter of too few roads, it is the fact that if we don’t price the property called the road properly, at times that it is desired, we get chaos. Obviously, a congestion charge is one answer to our traffic issues. A little gizmo can pick up the licence plate, and the driver driving at peak hours is charged. The charge should be explained to drivers before they buy a car.

Last year, 120,000 new cars were bought here. The more roads we build, the more cars will be bought to fill them. This is what economists call “induced demand”, meaning the extra demand for cars is induced by the extra road space. Bigger/wider/more roads means more cars and traffic.

Peak time in Ireland begins at about 6.30am and lasts until 10am, and then starts again at 4pm with the suburban school run and lasts until 7.30pm. Significant congestion charges should be applied in these hours in the city and suburbs.

Congestion charges have worked well in Singapore, London and Stockholm. For example, following the introduction of their congestion charge in 2007, Stockholm saw an immediate effect with roughly 100,000 fewer cars entering the congestion zone compared with the previous year.

But we could go one step further.

In this election, a political party that is serious about congestion, the environment and road safety could make all public transport free. Despite regularly hearing that our public transport system doesn’t work, it could be much better but, in fact it works for a lot of us.

Public transport usage is up about 25 per cent since 2013. Making it free is doable and could be easily financed out of the tax we raise now from motor tax.

And as well as an economic argument for free public transport, there’s a moral one: If elements of health and education are free, why not transport – another public good?

Last year, Minister for Transport Shane Ross, considering the potential costs of introducing a free public transport system said: “If such services were to be provided free to passengers . . . [it] would cost the taxpayer about €600 million per year, in addition to the €400 million that the exchequer already spends on public transport services.”

Motor tax alone raised more than €981 million in 2018. If we ring-fenced motor tax to make all public transport free, such a “targeted” tax initiative would cover the cost, with €381 million left to build cycle lanes.

The ultimate aim of these policies should be to follow Oslo’s recent example and ban all cars from our city centres. This is the future of urban living, not to mention a requirement of cutting carbon emissions.

For years we have designed cities for cars, and that’s what we got: more cars. Now we have to change our behaviour and go the other way. It will take time and lots of detailed investment in more public transport.

However, using basic economics, it makes sense to introduce a congestion charge for the privilege of driving at peak hours and at the same time to reduce to zero the cost to the commuter of public transport, financing the shortfall from motor tax, and ring-fencing what’s left of motor tax to build cycle lanes.

If not now, when?