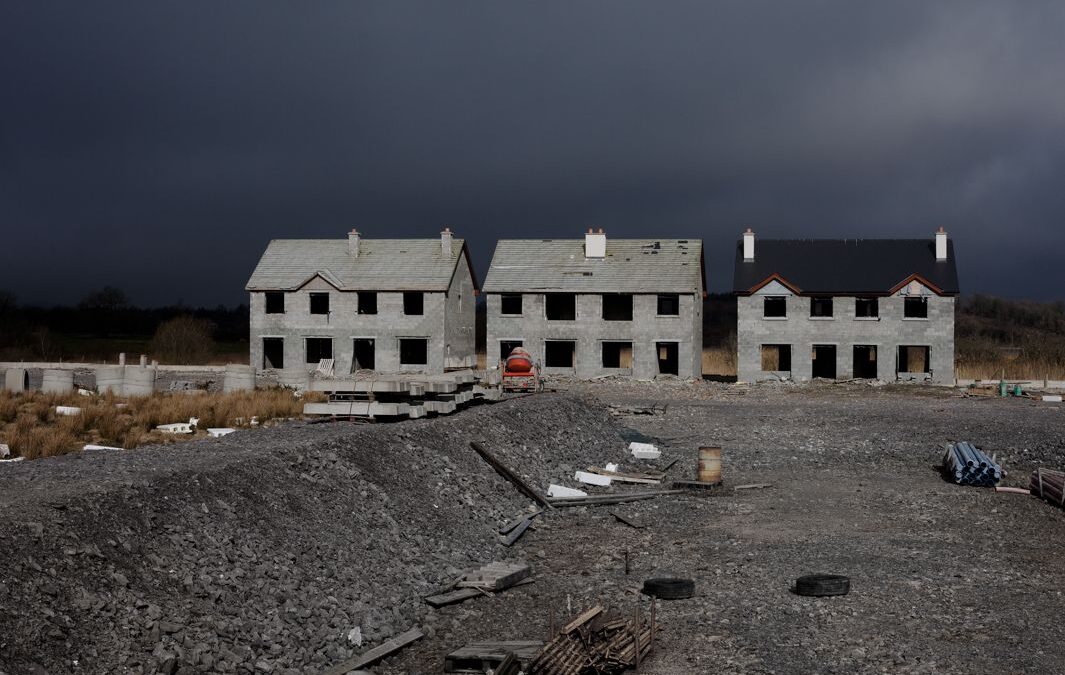 Planning for housing based on national population dynamics is one of the most basic functions of economic policy in any country. More people means more homes delivered at stable prices, built by a healthy, innovative construction industry, using the most up-to-date techniques to meet whatever communal and societal standards are expected without requiring long commutes.

This is what proper countries do. On this score, Ireland is the dunce of Europe. We build in the wrong places, at the wrong price, at the wrong time, driven by the interests of landowners and banks, leading to booms and slumps, bankruptcies, ghost estates and now hundreds of thousands of citizens priced out of a pathetically dysfunctional market. This has to stop.

Housing or the fallout from housing, has dominated the five general elections since the late 1990s. Can any other country claim such a political accolade? We’ve had the Belfast Agreement, 9/11, the opening of China, the tech revolution, mobile phones, social media, the 2008 crash, global warming, Trump, culture wars and the gig economy – yet Irish elections are won and lost on housing.

The next election will no different. Not Covid, not Europe, not Brexit, not a united island; it will be won and lost on the issue of housing, yet again. How dysfunctional is this? And if we don’t fix the housing problem, very soon the infants of the “ghost estate” generation will be grown up and voting from a box room in their parents’ house for the party that promises affordable homes.

And the cycle continues. Is there another modern democracy with such a poor track record when it comes to putting roofs over its people’s heads at a reasonable cost?

Fine Gael should have won the last election hands down, with a tail wind of two successful referendums, almost full-employment, a strong recovery in people’s incomes and a Brexit bounce from skilfully navigating those waters. However, house prices destroyed their campaign. Sinn Féin now bases its pitch on affordable housing, connecting with this “box-room” generation in the process.

The question for all parties is to figure out how many homes we need in Ireland over the coming decades and to make sure they meet that need. This is the price of some sort of political stability.

Housing demand is based on five factors.

Second, the migration of immigrants into the country less the number heading the other way.

Third, the number of people who live in each household, which has been declining as the country gets richer and more urbanised.

Fourth, the number of old houses that are obsolete and need to be replaced.

Fifth, the number of divorces and separations, which require more units for the same families as parents split up.

According to the National Plan: “By 2040 the population of Ireland is expected to reach almost six million with a need for 550,000 more homes … [which] corresponds to a long-term trend of 25,000 new homes every year.” This is way off the mark.

For example, it assumes net migration of 12,500 per year, when last year immigration was 2½ times that figure. Also bear in mind we are playing catch-up for not building nearly enough homes over the past decade.

Those people are still here but living either with parents or cramped in overcrowded apartments or shared houses. The Central Bank believes there are 100,000 households, not individuals, “cramped” in places they don’t want to be.

Ireland has the highest rate of natural population growth among western European countries. As this continues, it will require about 15,000-20,000 new units. Migration has been positive since around 2016. Migrant households are smaller and more likely to be in cities.

Our National Planning Framework assumes a net inward migration of 12,500 per annum but we had nearly 30,00 last year pre-Covid, so the prediction looks too modest. Every 10,000 in net migration roughly equates to demand for some 4,000 dwellings (given the smaller average household size of 2.5 people).

At 2.6 people per home, Ireland has the largest average household size in western Europe. As we converge to EU norms, we will need more homes per 100,000 people.

Suppose Ireland’s population does in fact rise to 6.2 million by 2051: we’ll need roughly 2.5 million dwellings with an average household size of 2.5. We’ll need an additional 270,000 units if we were to converge to the more European 2.3 people per household.

The dynamic is already baked in. For example, the number of Irish households rose by roughly 50 per cent – from 1.1 million in 1996 to 1.7 million – in 2016. Two-thirds of this growth over the past 20 years has been in one-person or two-person households.

Some 150,000 Irish households live in buildings that are more than 100 years old, mostly in the countryside. An obsolescence rate of 0.5 per cent, with a current housing stock of about 2 million, would add up to an additional 10,000 units per annum, at the very least.

Putting all this together, and adding to the fact that we have to catch up on lost time, Ireland needs to build close to 60,000 units per year to stabilise the housing market.

The natural increase in housing demands 18,000 units per year, migration another 12,000, while changing housing structure along with divorce and separation adds 15,000. Obsolescence adds another 10,000, giving a total figure of about 55,000 units per year – significantly higher that the government’s 25,000 estimate.

This means building the equivalent of a town like Blessington, Listowel or Carrickmacross, every month, for the next decade and beyond.

A challenge to the construction industry like this will demand innovation, using the most up-to-date technologies and a significant increase in capital investment for builders. We are still designing homes as we did 100 years ago. The basic structure hasn’t changed.

To seize this opportunity, the construction industry must realise that landowners are not on the same side as builders. Housing the masses at a fair price demands a complete overhaul of land ownership, usage and intensity. It is imperative for competitiveness, environmental sustainability, quality of life for citizens and, thereby, political stability.

The rest of Europe has figured this out. Meanwhile, the competitive world of free-flowing capital and talent is waiting for Ireland to move to the 21st century.

The clock is ticking – in more ways than one.