Ireland must escape the clutches of old economic ideas 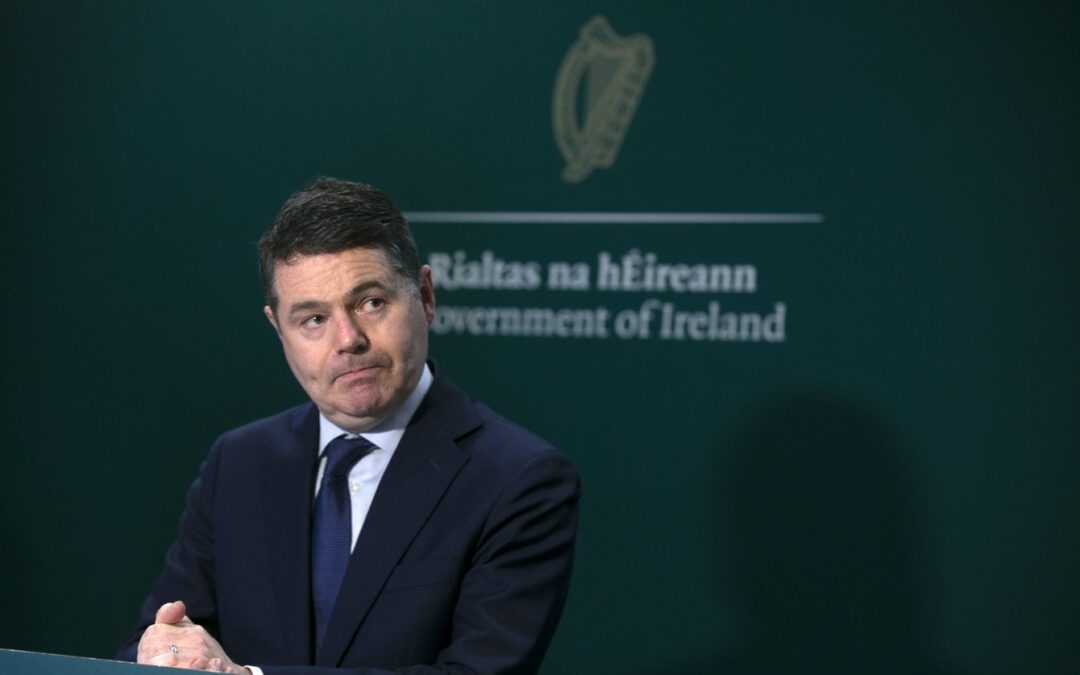 The difficulty lies not so much in developing new ideas as in escaping from old ones.
John Maynard Keynes

This week, the Irish Fiscal Advisory Council has shown it is wedded to old ideas by trying to bully the State into cutting spending and raising taxes. Meanwhile, the world is moving into an era of greater government spending, backed to the hilt by new central bank financing, in order to fix infrastructure.

Public investment in infrastructure is needed to make a country not only competitive but also to improve the quality of life for its citizens. This means subsidising homes for thousands of people, improving public transport and investing in many other public amenities that raise the quality of life in our country for the many, not the few.

This is the new world.

It will be a world with wider scope for State spending, not with the object of making the country less attractive but more attractive for capital and talent to flourish. In so doing, it will make this economy a more innovative hub.

Public investment and commercial innovation go together. Have you noticed that the countries with some of the highest provision of efficient public services – such as Sweden, Denmark and the Netherlands – are also among the most technologically innovative societies in Europe? Innovative people, the people who create companies, who take ideas and turn them into commerce, want to live in civil, welcoming and comfortable countries or regions.

If ongoing austerity was the route to economic nirvana, the north of England would be the UK’s Massachusetts rather than what it is: a deeply economically depressed region trapped by the politics of nostalgia. (There is no greater indicator that the future has been undermined than the return of nostalgia.)

This week, by focusing on numbers, which are quite arbitrary, the fiscal council revealed itself to be hostage to old ideas. The old world was one where finance was hard to get; central banks were leaning against the government. Financial markets, always sceptical of increased government spending, were self-appointed vigilantes holding the whip hand, constantly ready to mug any public project deemed too ambitious.

The guiding principle of that era was a nebulous idea called “credibility”. If the country was deemed to be “not credible”, financial markets would signal a speculative attack on the bond market, selling bonds of the afflicted country, driving up interest rates, making default more likely, triggering a “doom-loop” of higher interest rates, capital flight, reductions in spending and higher taxes, driving yet more capital flight.

That world is over.

We have closed that chapter in the same way we closed the chapter on the gold standard and other totemic ways of thinking that got brushed aside by events. Such ideas proved to have been nothing more than ideologically convenient mantras repeated by those who benefited from them.

The euro zone, our euro zone, is now driven by people who believe in a different playbook. Unfortunately for us, the fiscal council has not twigged this.

What drives the fiscal council’s thinking? I can’t say for sure, but my hunch is that it is a fear that there will be a financial crisis and countries on the wrong side of some arbitrary number will be hit by a bond crisis.

Data from Eurostat shows government debt-to-gross domestic product (GDP) ratios across Europe, capturing the Covid-related jump last year. Euro zone debt-to-GDP jumped over 14 percentage points, from 83.9 per cent in 2019 to 98.7 per cent in 2020. Meanwhile, the aggregated euro zone government deficit has surged from 0.6 per cent of GDP to 7.2 per cent over the same period.

Ireland’s reported figures place us either somewhere in the middle of the pack (according to the Eurostat data) or near the top of it (according to Department of Finance figures released at the beginning of the year).

So one official agency, the State, is issuing debt; another, the European Central Bank (ECB), the body charged with creating the euro zone’s money, is exchanging these promises for real cash, filling its vaults with euro zone government promises.

As a result, Ireland is borrowing at a rate of 0.19 per cent for 10 years, constituting an enormous opportunity to finance the country. Although not saying so directly, the ECB is monetising debts in contravention of the Maastricht Treaty. The world is changing.

The implication of this is enormous. It means that we are on our way to a fiscal union within the euro zone and that road will be paved by central bank largesse.

This is what Phillip Lane, chief economist of the ECB, had to say about it in an interview in Le Monde earlier this month: “In the United States, the ability of the government to finance any scale of deficits is not questioned. If we did have more of a fiscal union in Europe, the ability of European governments not to worry about how to finance deficits would be a lot stronger.”

Taken literally, not reading between the lines, this gives the distinct impression that never again will the ECB risk a 2014-style euro zone bond crisis. It implies that the bank will not lead the EU into another bout of self-harm by wielding power over which states survive and which do not.

That’s over. Democracy, not plutocracy, is in the ascendancy, and the ramifications are profound. Public investment and spending can and should be enhanced.

In Ireland, it is natural to fear wasting public money and to be concerned about getting value for money. If there is no hard budget on the State, we worry that public contracts could be a free-for-all. The new children’s hospital overspend is an example that terrifies all of us. There are many others.

But Ireland’s problem is a project management one, not a fiscal constraint; conflating them is an inability to keep two ideas in your head at once. Managing projects locally has nothing whatsoever to do with macroeconomics.

We must take the opportunity provided by the new economic reality to fix the country’s infrastructure deficits. We are entering the most exciting phase in our economic and financial history, where we can refashion the country with financial backing. Wouldn’t it be dreadful to miss this moment and embrace this new idea because, as Keynes said, we couldn’t escape the clutches of an old idea?