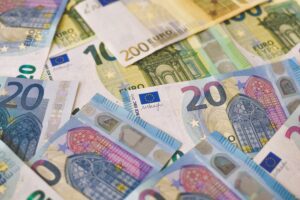 “No experiments” was the simple dictum for good governance that was reinforced, time and again, by Konrad Adenauer, the first chancellor of postwar West Germany. He understood that government must be taken seriously; it is not a laboratory for politicians to “try out” notions. No longer would Germany be enthralled to suicidal “experiments” dreamt up by ideologues. From 1949 onwards, Adenauer’s Germany would be predictable, solid, boring, committed to slow, methodical progress. No surprises, no solo-runs, no erratic moves, no experiments. A steady ship is a happy ship. His mantra was to figure out the model, modify it gently and take no chances.

Contrast this with the creed of the newest incarnation of the Tory leadership, the more radical model in a fitful product line of oddballs. Which manager is more likely to see out Christmas: Liz Truss or Leicester City’s Brendan Rodgers? Place your bets.

In fairness, gawking at the United Kingdom right now is unedifying. The true impact of Brexit – and the geo-political power delusions of Brexit-style thinking – involves cutting the welfare state, dismantling supports for the poorest people, while lining the pockets of the richest. It is a repellent ideology and one that is inconsistent with democracy, which is why the UK’s nervous breakdown is far from over and might have only just begun. When the financial markets, long-term allies of the Conservatives, conclude that the Tory party is a doomsday cult, hurtling the UK towards financial apocalypse, you know something is deeply askew.

In the week that two budgets were announced, one here and one in London, it would be too easy to compare. The reaction of financial markets is enough: nonchalance here, Armageddon there. The direction of travel of both countries is now completely different. Ireland is trying to look more like Denmark, the UK is hurtling towards Alabama. Brexit reinforces this trajectory. Ireland is now unambiguously wedded to a European social democratic standard; the UK is shifting rapidly towards Dixieland.

Although Ireland might be aiming to become more European, we are doing so with American money. The Irish strategy can be summed up as talking European, walking American, sounding Irish.

Sounding Irish is critical because to carry off this policy, you need to have a sovereign political entity that can re-orientate policy and taxes to make the country or region ready for investment. It also helps if that country has deep ties with the US because culture matters. Walking American is also crucial because if the institutions, trading arrangements and legal system support US corporations, this aids the objective of making money. Talking European is essential because you must be in the EU market; and by spending the tax gains on redistribution and employment, as the European social democratic model requires, we have a European-style social and political framework.

Once these policies – economic, commercial, social and cultural – are in place, they become self-reinforcing. Ireland has gone through four decades of breakneck industrialisation and massive capital investment, creating an entirely new economy that sits side by side with the local economy and is integrated into the country’s social fabric by employment, taxes and spin-offs. No other western country has industrialised at such a pace. In fact, deindustrialisation and under-investment have been the norm in wealthy countries, especially the UK.

Have we achieved a sweet spot? Undoubtedly. Can it remain that way? Why not? The key to everything is productivity. Wages, taxes, profits are all based on productivity and its handmaidens, capital intensity and education.

The new UK cadre does not agree with this basic economic truism. Low taxes without higher productivity mean poverty for the many and outsized riches for the few. Low taxes on their own do not spur productivity; capital investment does this; it takes decades and must be accompanied by years of investment in education and people. The reason the Irish corporation tax take is so high is because the companies that locate here make so much profit. They do so because the output per employee is high.

In a services-based economy, the constraints on this are not as obvious as in manufacturing. Once this surplus is turned into exchequer receipts, it becomes real. It is spent on roads, hospitals, unemployment benefit, pandemic payments, teachers’ salaries. Those suggesting the multinational presence here is in some way illusory need to explain why a euro spent on building a bicycle lane raised from Google is any less real than a euro spent on a bicycle lane raised from excise duty on a pint. Once it is spent, it is real. With Ireland now signed up to OECD minimum taxes, the tax haven slur is over. The money is real.

Let’s look at the numbers. Corporation tax has climbed from just more than 10 per cent of total tax receipts in 2011 to 25.088 per cent in 2022. Foreign multinationals account for 32 per cent of all employment taxes and 53 per cent of employment taxes of corporate employers, and account for €12.342 billion net receipts – 80 per cent of net corporate tax receipts. With a population of five million, it means corporation tax amounts to just more than €3,000 per head every year. And of this €3,000 per head, about €2,600 comes from multinationals. Without this money, taxes on Irish incomes, spending and wealth would have to be much higher in order to pay for the health, education, civil servants salaries and welfare levels that citizens now enjoy.

Can this bonanza remain in place? In a globalised world, where capital does not live anywhere, Ireland operates more like a state such as Connecticut than it does an old-fashioned nation. There is no national pool of money limited by Irish savings or Irish-owned companies. Money, like water, follows the path of least resistance. Ironically, the stronger the State, in our case resulting from the taxes of US (small-state) corporates, the steadier the flow of finance. If we were to provide decent housing, it would make MNC (multinational corporation or company) commitment even stronger. A muscular, well-financed State provides the essential stability for people to make their investment decisions over longer horizons.

Sticking with the Adenauer doctrine, of “no experiments” when the world is unstable, would appear to be the sensible option. Double downing on chaos on top of chaos, as the UK is doing, is precisely what not to do, particularly if you are a small country. This is a lesson the UK may be learning this week.

Of No Fixed Land : “Were there people in Ireland before the English arrived?” - The Oxford Blue

[…] the most productive within OECD countries, and multinationals continue to flock to the Irish low-tax option. That’s not to say all is well. Despite a statistically high quality of life, Ireland is […]