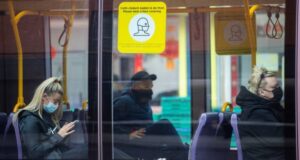 Now that we are back to work, traffic volumes are rising. Not only is sitting in traffic sedentary, unhealthy and a monumental waste of time and precious road space, it is incompatible with our climate change objectives of reducing carbon emissions.

What are we going to do about it? The best way to change a person’s behaviour is to make that change worth their while. We can praise people or virtue-signal, and for some this incentive is enough, but most respond to what affects their pocket.

We know from psychology and management experience that humans respond better to rewards than retribution. We also know that big rewards are better than small ones. When applied to policy, the savvy economist Eric Lonergan calls for “extreme positive incentives for change” or Epic. Go large, in essence.

Given all the advantages of using mass public transport in urban areas, what about a two-pronged approach to cutting car use, emissions and freeing up urban roads for public transport and cycling?

Why not make public transport free and charge for road space, making its use at peak hours prohibitively expensive?

Before we consider why making public transport free is not only possible but highly likely in the future (in the same way as free schooling became the norm), let’s explore the logic of road pricing at different times.

Urban roads are a precious resource with a finite capacity. They are also a shared resource – and the car is a gluttonous consumer, gobbling up space and elbowing out cyclists and pedestrians. In addition, cars clog up the roads with huge negative spillover for buses. Without car congestion, buses would arrive on time and public transport journeys could be planned with precision.

The solution to this is congestion charges that vary with the clock; during periods of high demand, we could increase the charge, prohibitively. At times when there is no pressure on road space, the price would fall. With the right technology, congestion charges could vary throughout the day and the digital bill could be sent directly to car owners, much like the M50 toll.

It’s quite simple to execute. The changing charges would be designed to encourage alternative use. Comparative prices could be contained on a simple app showing prices and times of alternative public transport options, which would be far more efficient once released from the tyranny of car-induced congestion.

What about urban public transport itself?

The best way to encourage people onto buses, trains and trams is to make them free. This could be done easily, is affordable and would constitute the biggest change to our cities since the catastrophic arrival of mass car ownership from the 1960s onwards, which has without doubt polluted, grabbed space and bullied the public realm of our cities and towns.

Free public transport – not the electric car – is the metropolitan future.

Let’s do the numbers. Although we have 2020 figures, 2019 pre-pandemic figures are more instructive. That year, a total of 294.6 million journeys were made on State-funded transport services, reflecting a 9.5 per cent increase on 2018 and an incredible 40 per cent increase since 2012. Two-thirds of these journeys were on the bus, with rail services (17 per cent) and light rail services (16 per cent) making up the rest.

The Luas has seen particularly strong growth (circa 75 per cent) over the past decade, with a strong boost owing to the completion of the Cross City extension.

Irish Rail has seen average growth of 5.3 per cent in passenger numbers over the five years between 2014 and 2019.

Regionally, Dublin accounts for 83 per cent of all passenger journeys, with Cork making up around 6 per cent and the rest of the country just 11 per cent.

Dublin city bus services are by far the biggest provider, carrying more than half of all passenger journeys in Ireland: 51.9 per cent in 2019 and 56.4 per cent in 2020.

In 2019, fares collected from passengers on State-funded trains and buses amounted to €660 million, reflecting growth of almost 55 per cent since 2010. Annual passenger revenue growth has averaged 5 per cent over this period.

Even without cutting fares, we can see that people are opting for public transport. Bus services account for about 55 per cent of these revenues, with rail services 35 per cent and the Luas just 12 per cent. Making urban public transport free wouldn’t cost the full €660 million per year, but would be somewhat lower.

Today the Irish Government can borrow for 30 years at 0.88% and 0.5% for 10 years, meaning that a “green bond” to finance free urban public transport would cost less than €6.6 million per year to service in the first year. Borrowing for the more customary 10 years would cost less initially. The Government could also try to rollover a one-year loan every year but would be exposed to interest-rate fluctuations so would probably go for the longer-term option.

The beauty of longer term government bonds is that the borrower pays only interest for the 30 years, paying down the principal on maturity. Today the Government can borrow for 30 years at 0.88 per cent, meaning that a “green bond” to finance free urban public transport would cost less than €6.6 million a year to service.

The beauty about government bonds is that the borrower pays only interest for the 30 years, paying down the principal on maturity. And the little secret is that governments almost never pay principal, preferring simply to roll over the old debt with new reissued debt. This measly annual bill could easily be met by the proceeds of any congestion charge.

The costs saved by society in terms of polluting, our carbon footprint, safety, the immeasurable health benefits, plus the social benefits of more people of various classes and backgrounds using public transport together, are immeasurable.

Additionally, the chief executives of public transport companies could be given carbon budgets, so their targets wouldn’t be only cost, service, and efficiency ones; they would be responsible for the carbon footprint of the transport service as it switches.

For prudence’s sake, we can add costs of restructuring and the like to the overall cost figure, but even if the annual figure were to rise by €100 million or more, the beauty of the compressed European Central Bank interest rates is that the present cost of future debt repayments is the lowest it has been in more than 500 years.

Also, we must make the transition to carbon neutrality, so this isn’t even an area that is up for debate. It will be done sooner or later. In fact, later isn’t an option.

Just to put things into a financial context: last week we saw tax figures that showed a surge in the tax take to €68.4 billion for 2021, reflecting an €11.2 billion or 20 per cent increase on 2020. Take just €1 billion of this windfall and ring-fence it to pay for free public transport. Over ten years the Ireland interest rate cost would accumulate to over €300m, meaning a windfall fund to ring fence interest rates payment would easily cover the life of the bond.

If you were a member of the present embattled Government looking for a big idea, a new platform, this seems tailor-made.

Those with long political memories will remember elderly voters responding to bemused pollsters asking them why they continued to vote for Charles Haughey, long after he was manifestly compromised: “Sure didn’t Charlie give us the bus pass.”

There’s political capital in this for whoever grabs it. And they’d be doing the right thing.