Irish soccer is the winner as Premier League loses its way 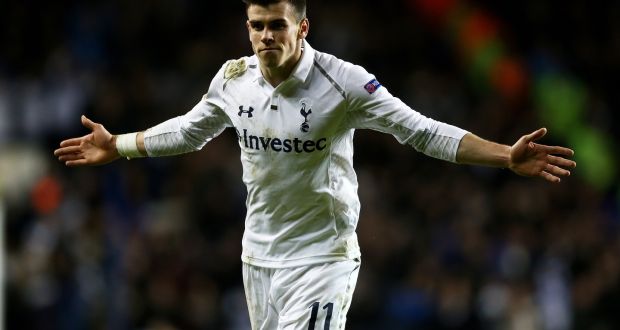 Tomorrow, between 30,000 and 35,000 fans are expected to be at the FAI Cup final in Dublin’s Aviva Stadium. Even without Shamrock Rovers, the league champions, it should be quite the afternoon of soccer in the city, in a league where the standard of the game is increasing dramatically, as are crowds, and so too is the possibility of regular European soccer.

This is happening at a time when the national team is showing promise and schoolboy football has made the transition to a national league, with teenagers travelling all around the country every weekend for competitive games. There has even been a Brexit dividend as talented Irish lads no longer head straight to England but play in the League of Ireland until they are far more mature before heading across to try their luck.

Soccer in Ireland is looking up, after years of well-documented squalid mismanagement, and generations of playing second fiddle to the English divisions. Indeed, the rampant commercialisation of the Premier League, while thrilling fans with the majesty of the football, has left those younger fans looking for something more authentic than Rupert Murdoch’s Sky, searching elsewhere for meaning. Of all Irish clubs, arguably Bohemians has been the most successful marketing machine, offering a home to the early 21st century hipster fans, filling a political vacuum with its message of tolerance and inclusivity that might not always have found a place on the terrace.

The economics of the biggest game on the planet is changing and developments in the local game must be seen in that context. As I write, Manchester City are playing Paris Saint-Germain on one of the subscription channels, so I’m following the score on Twitter because, truthfully, I’d watch anything with the round ball, and would be happy on the couch on a Monday watching mid-table drudge. Not having a Sky account is a personal coping strategy.

Owned by Arab sheikhs, these two clubs have spent £2.14 billion (€2.53 billion) and £1.43 billion (€1.69 billion) respectively on players in the past few years. The model today in soccer is the buy-to-win model. Take last year’s Champions League final for example. The game between Chelsea and Manchester City was a head-to-head of two leading exemplars of this model which dominates the modern game. Since Roman Abramovich bought Chelsea back in 2003, the club has spent about £2.22 billion (€2.63 billion) on players, with Manchester City having spent £2.14 billion, intensifying since they were bought by Sheikh Mansour in 2008.

Oil money dominates European football. The last four Champions League finals were played out between four clubs: Man City, Chelsea, PSG, and Bayern Munich. Of these clubs, only Munich is not dependent on commodity money that is mined by princelings or oligarchs. In Europe, the English Premier League is sucking the lion’s share of the cash, leaving previous giants, like Barcelona, Real and Juventus trailing, mired in debt without an oil-rich Sugar Daddy to shore up the balance sheet.

There was a time when the byword for footballing chic and elan was Serie A. When Liam Brady wanted to further his career, he didn’t head to Maine Road or Stamford Bridge, he headed to the glamour of Juventus. Italy was where the money – and of course Diego – was. Today, looming debt crises in these huge, historic, Latin clubs provoked the ill-conceived Super League earlier this year. In this venture, the struggling Latins were allied with the American owners of the non-oil sheikh-owned English clubs – Man Utd, Liverpool, Arsenal and Tottenham – who are trying to make, as opposed to spend, money. How quaint is that notion, making money from ownership?

Ironically, Abramovich and the sheikhs are closer to the fans when it comes to how they view the clubs. Fans follow football to win trophies, for the glory, for the bragging rights, to support their team playing its best football. That’s always been the case and that’s the way it should be. For the sheikh/oligarch owners, up to now, the clubs appear more like expensive hobbies than hard investments. Corporate owners on the other hand invest in soccer for the money, the balance sheet, the profit. They don’t care so much about place, pride, or heritage, let alone the quality of the performance. If they could uproot the clubs and make money playing “kick and rush”, they would. In the US, legacy baseball and American football clubs, such as the Brooklyn Dodgers or Oakland Raiders, have been ripped out of their cities and re-planted by owners in different parts of the country. Imagine moving Liverpool FC from Anfield and deciding to play Liverpool’s home matches at Elland Road? Unthinkable to both sets of fans. But in America this happens to suit the balance sheet.

We have a conundrum. The interests of the fans and the interests of most owners are incompatible in a “buy-to-win” world unless there is an endless source of revenue. And even if there is, as the perilous position of the Latin mega-clubs indicates, commercial football is on a knife-edge because broadcasting rights are where the money is and this is where the English Premier League dominates. For example, last week the American broadcaster NBC renewed its six-year television deal with the Premier League, paying almost double what the company paid for its current contract in 2016. The world wants to watch the Premier League much more than it wants to watch La Liga, the Bundesliga or Serie A. The serious money is going to England.

Since 1997, Premier League clubs have seen their revenue grow by 170 per cent, but the share of match day revenue in a club’s funding structure has fallen from 43 per cent to just 13 per cent, reflecting the rising importance of broadcasting deals. The fan on the terrace, if not incidental to the club’s fortunes, is diminishing in importance.

In another indicator of divergence between the fans’ experience and the game’s reality is Gareth Bale, who was on the books for Spurs as the highest-paid player in the Premier League last season, earning £600,000 (€709,058) per week. Given the median weekly wage for a full-time worker in the UK was £585 (€691) in 2019, it would take a fan close to 20 years to match what Bale was earning in one week.

Most likely, the smaller leagues will operate in parallel, and this is good news for the League of Ireland. For years, we were uniquely overshadowed by the English first division, in a way the Danish, Belgian or Czech leagues were not. Their best players were not always snapped up by English clubs, making the home league feel distinctly second rate.

But the new economics of soccer means that the concentration of hyper-talent at the Harlem Globetrotters-style outfits at the top, means even very good players here won’t make the big league over there.

This should ensure the quality and authenticity of the smaller national leagues, playing in the smaller European competitions and add to their attraction for fans who will watch them.

So head to the Aviva tomorrow to see the future of football, as we once knew it.