Is Ireland going back to the 1970s when shared baths and immersion neurosis reigned? 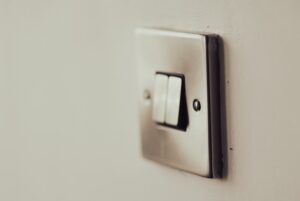 My earliest memory of the 1970s was the Rumble in The Jungle, just before Halloween in 1974. Ali against Foreman in a country then called Zaire. My Dad rented a colour TV from Eddie Totterdell’s in Dún Laoghaire in order to watch the fight. He gave it back the next day. Some neighbours crowded into our kitchen to watch the bout in brilliant technicolour. Screened in the middle of the night, Irish time, to maximise American prime time TV advertising, the fight was the most global thing we’d ever experienced. The thrill of it all.

In honour of the occasion, I had a lukewarm bath right after my two sisters — in the same water — while my father gave out to my mother for leaving the immersion on for so long. Of all the crimes committed in the 1970s, few appeared (for my father at least) as egregious as not turning off the immersion. Ali won, a popular champ, by deploying his famous “rope the dope” tactic. Worldwide it was the biggest TV event of the year and we saw it in colour. Next day we were plunged back into the monochrome drabness of our black and white world.

The Rumble in Jungle was hosted by Zaire because a global energy shock, triggered by the 1973 Israeli/Arab war, caused fuel prices to skyrocket resulting in a massive transfer of wealth from energy consumers to energy producers. Money flooded from the West to the Middle East but because the Middle East economies were too small to absorb this cash, the windfall was re-lent to commodity-producing countries, largely in Africa and Latin America, where it was spent and misspent by various regimes.

Some money was deployed wisely, but most was disbursed unwisely, ploughed into dictators’ vanity projects such as putting on global boxing matches in countries where children were starving. These free-spending poor countries were left with high levels of national debt, which in time would have to be paid.

Back in Europe, as energy prices soared, a world of shared baths and immersion neurosis reigned as families tried to economise. Behaviours changed and conserving energy by driving only when necessary and storing backup candles was commonplace. TVs were rented because they were so expensive relative to everything else. Technology, unlike today, was a luxury. Today, we live in a world where the price of technology has been falling rapidly allowing most of us to walk around with phones that have more computing power than 1972?s Apollo 17 moon craft.

In the 1970s, we lived in a world where terrestrial TV ruled and timetables were dictated by TV schedulers. Today, you are able to watch sporting events at any time on multiple platforms, streamed, chopped into bite size packages, where advertising is on 24/7. Unlike then, our devices don’t sleep.

As we face into a winter of grinding war in Europe, soaring energy prices, higher inflation, possible fuel shortages and rationing, are we going to experience a re-run of the 1970s, with a 21st century veneer of cheap technology and always-on internet? Will we face 1970s-style geopolitics with Europe and the United States pitted against former Cold War enemies, Russia and China?

Unlike last time, the division can’t be neatly subdivided into capitalism and communism. Today’s divisions are multifaceted. We are witnessing a clash between one broad system that is modern, legalistic, decentralised and cosmopolitan, against another that is archaic, autocratic, nationalistic and homogenous.

The 1970s was a pivotal decade for the global economy. After the inflation and energy crises of 1970s, the world embarked on a period of rapid globalisation and openness. Inflation was forced down by initially extremely high interest rates, which pummelled the western economies and precipitated a debt crisis in the Third World. After that squeeze, inflation remained low, interest rates fell and financial markets boomed, rewarding owners of assets.

In the 1980s, the fall in oil prices from their late 1970s peak increased the disposable income of consumers in the western oil-consuming countries and robbed oil producers of their easy money. The most significant ramification of this was the fracturing of the Soviet Union, whose endemic weakness had been masked by the 1970s oil bonanza. Without oil revenue, the system fell apart. Probably the most consequential global development of the 1980s was Deng’s decision to open up the Chinese economy, expanding the global workforce by 25 per cent.

The world we have lived in for the past 30 years — one of globalisation, cross continental supply chains, mobile capital and labour, an ideological bias towards lower taxation and smaller government — is a reaction to the 1970s. Inflation and energy calamities 40 years ago were followed by an opening up of the global economy. This time might be different: across the board, we are looking at doors closing not opening. Expansionist Russia is under severe sanctions and is responding with counter-sanctions, while the trade war between the USA and China show no sign of easing.

A potential flashpoint in Taiwan is likely to entrench the commercial standoff between the world’s two largest economies. Western countries are putting up barriers to migration, while political movements urging governments to bring capital home are becoming more commonplace. The state everywhere has become bigger since the pandemic, taxes are going upwards and, with energy bills rising, populations are expecting the state to protect them from the market.

In the medium term, it seems like the world is responding to this crisis, which feels like the 1970s, in precisely the opposite way to the path trodden following the Rumble in the Jungle, implying a new world of a bigger state, more protection, higher taxes and more nationalism.

However, before we get there, we must deal with debts and inflation. Between the Rumble in the Jungle in 1974 and the extreme hikes in interest rates in 1981/82, there were eight years of inflation, in many cases double digit inflation. One of the many upshots of this was the elimination of much of the debt incurred in the 1960s and 1970s, meaning that the consumers of the 1980s had much of their mortgages paid off or inflated away by the late 1980s upswing. People who bought homes in the 1960s barely noticed their mortgages by the 1980s.

Could we be about to experience the same in the years ahead? Will debts be inflated away, resetting the economy for the next supercycle? How else is the western economy going to get out of the debt trap after years of easy credit? Expect a monumental struggle between savers and borrowers, debtors and creditors, asset holders and workers and, ultimately, the young and the old.