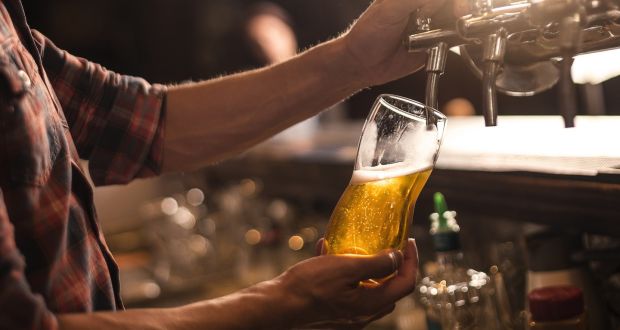 When this is over, we should carry out a full investigation of the hospitality trade and in particular the restrictive licensing laws around venues, bars and the so-called “night-time” economy.

At a time like this, it may be unusual to argue for more rather than less socialising but the pandemic has highlighted the absence of a real “night-time” economy in this country. There are not enough live venues, bars and clubs in Ireland because of restrictions on who can sell alcohol, and where and when they can sell it.

Contrast Ireland’s bizarre licensing laws with almost any other country in Europe and you will see that we are an extreme outlier.

What is going on?

Before we look at the details of licensing laws in Ireland, let’s look at the theory behind licences and what they do to markets. All licences are a barrier to entry into a market.

If I want to open a bar, selling wine and beer at a corner site in the middle of a town or village in Ireland, I can’t. I need to be granted permission. This is not the case if I want to sell cups or glasses or taps or chairs or tables or almost anything else that I might want to buy to furnish the bar.

Immediately, the cost of doing business rises. The first thing that licences do is raise prices, because they artificially restrict supply.

The working assumption here is that without needing to obtain a licence, more people would open bars. Having the youngest population in Europe is also a big hint. The rule of thumb is the more young people you have in a population, the more socialising and therefore the more venues, cafes, bars, etc.

And these places must be affordable; the younger the population, the cheaper the options there will need to be. It’s a supply and demand thing. However, if supply is constrained, we have a problem.

Again, look at the night-time options in any other European capital and compare this with what is on offer in Ireland’s cities and towns.

Obviously, the existing owners of pubs and licences. Once a restriction attaches to the price of any business, the price of the asset rises and the value of the premises, the land upon which that licence rests, rises exponentially.

For example, if a budding young entrepreneur could buy or rent a run-down building up the street from an established bar, and provide a different service, the punters would be the winners while the main potential loser is the owner of the existing franchise. Is it any wonder that the main objectors to new licences are the owners of old licences?

Precisely the same argument played out 20 years ago with the deregulation of taxis. The taxi drivers maintained that the licences were essential to preserve the integrity of the trade but the taxi plate was nothing more than a heist on the consumer.

If you doubt that, remember the long queues for taxis in Ireland at closing time. The licence vastly increased the cost of getting into the business and profoundly affected the customer as we paid more for less. So valuable were these plates that taxi plate owners “rented” them out to what were called “cosy” drivers and lived off their accrued earnings.

(We see something similar with bars now, where the publican doesn’t work the bar but rents it out to a bar manager for a fee. Wouldn’t that bar manager be better off trying their luck in the market themselves?)

The incumbent taxi drivers argued that the licence was there to maintain standards and protect the customer, adding that the business would be ruined by more plates being made available.

Today, a decade or more later, our cities have far more taxis, available all day and all night, driven by all sorts of new people, covering more areas. Nobody is suggesting that a reversion to restrictive licences would be a good thing. The world has moved on, but Ireland’s night-time economy is stuck firmly in the past.

Much of the present laws around who can sell alcohol to whom and at what time of the day or night stem from the 19th-century battle between the publicans’ trade union, the newly-formed vintners’ associations and the burgeoning Victorian temperance movement.

The Licensing Act of 1872 restricted the closing times of pubs to midnight in towns and 11pm in rural areas. It also clamped down on the granting of new licences, and whoever wanted to set up a bar had to be vetted by the local magistrate who could attest to their “good character”.

It also required the publican to display his name over the bar, which is why so many Irish bars go by the family surname, unlike in other countries. Despite many amendments, some sections of the 1872 law are with us today, such as making it an offence to drink in public.

The 1902 Act was even more restrictive, prohibiting the issuance of any new licences for the sale of alcohol for consumption either on or off premises. The Intoxicating Liquor Acts of 1924 and 1927 went further, imposing “dry” hours and empowering the courts to curtail or abolish licences in certain circumstances.

There have been various tweaks since, but the essential fact remains that nightlife – an essential part of a city’s economy – is severely curtailed.

This means that rents go up, not down, because when a building is forced to cease trading it morphs from being a revenue generator into a cost. This deadweight cost is borne by the customers, in high prices, and by the rest of the street in the opportunity cost of potential bars/cafe/venues that could be opened but won’t be because of the opening-time restrictions imposed by the licences.

As a result, young people are starved of venues and the city is dead after a certain hour. The law is strangling the night-time economy, a living, breathing commercial organism, which is otherwise able to generate jobs, opportunities and tax revenue, as well as spark cultural vibrancy.

Cities are social. They are chatty, flirty, expressive and exuberant places. All great cities have great nightlife as well as day life. The cities of the future are all about livability and opportunity to work, rest and play.

Luckily for us, the licensing laws are up for review and the Department of Justice is looking for your submissions and suggestions. Pub licences are the taxi plates of the 21st century – it’s time to shake them up.