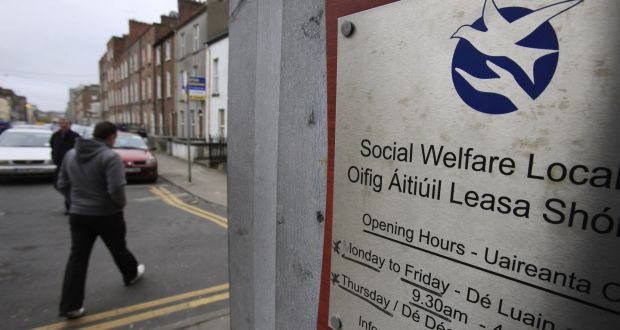 Anyone who has experienced unemployment or seen it afflict close family or friends knows that it is not just about income, it’s about soul.

Unemployment affects your spirit, sense of worth and can cause feelings of fragility, hurt, sadness and even despair. Such emotional and psychological scars are not easily healed with a weekly government cheque.

Economists, with our inadequacy for aggregation, often fail to understand that every statistic is a person, a family and an interdependent set of relationships. We need to talk about unemployment because unemployment is now higher than it was even in the 1980s. It is, in fact, the worst it has ever been.

Unemployment has jumped from 5 per cent to more than 20 per cent. Getting back to low levels of unemployment needs to be at the heart of economic policy.

While the focus of current alarm is rightly on youth, who have suffered so heavily in the pandemic, the long-term structural problem is one of a huge rise of unemployment among the middle-aged and older people.

For far too long economic policy set targets for inflation, budget deficit or national debt, and danced around these totems. Now they are all immaterial. Inflation is gone, the ECB is effectively monetising deficit and, at zero interest rates, it is virtually impossible for debt ratios to worsen. Deflation, not inflation, is on the horizon, with its handmaiden unemployment.

Let’s worry about joblessness because unemployment can destroy the most resilient people. When talking about families being torn apart by unemployment, economists would be wise to remember Leo Tolstoy’s observation: “All happy families are alike; each unhappy family is unhappy in its own way.”

Jobs are the sign of a healthy economy. That’s a risk-taking, entrepreneurial society where people are encouraged to have a go, to back themselves commercially.

Businesses don’t create jobs; they create products. And demand for those products creates the demand for more people to work in that company.

At its core, lower rates of unemployment are a function of small business not big business. Big business destroys jobs these days. All over the western world job-creators are small businesses that are under five years old.

Italy and France have only seen a 2 per cent and 5 per cent increase in employment over the same period.

Ireland is a freakish outlier when it comes to dynamic job-creation. As this column has always argued, we are in a monetary union with countries that operate in a way completely different from us. We can take advantage of their low interest rates – low because job growth is sluggish – to turbocharge this place after Covid-19.

When this pest has passed it is critical that we do everything in our power economically to make sure that Covid-driven layoffs do not become permanent. This means encouraging small start-ups, making sure that debts which have been rendered unpayable due to the lockdown are rolled over, and the banking system takes full advantage of the ECB’s zero interest rates to refinance outstanding loans. It means supporting small dynamic businesses.

However, there is another story that has been completely overlooked and may be more significant from a socioeconomic perspective. You are much more likely to be unemployed if you are an older person. Unemployment among the middle-aged and older generation has sky-rocketed in the past 10 years. This is a massive shift and has profound implications.

While much current dialogue is rightly focused on youth unemployment, because it is such a marked feature of the pandemic, there is an equally worrying long-term structural problem: a huge rise in unemployment among the middle-aged and older.

Today more than half of Irish people who have been out of work for over a year (before Covid) are over 45. In contrast, youth unemployment has fallen dramatically. In 2010, one-fifth of all long-term unemployed people were under 25. Today it is only 7 per cent of the total.

In Ireland up until Covid young people could get a job but not a place to live. Conversely, older people had a place to live but couldn’t get a job. This is quite unusual in western economies where the older people holding on to jobs at the expense of the young is more common, and cheap accommodation exists for younger folk.

The shift is structural. Going back to Tolstoy’s observation in Anna Karenina that, “all happy families are alike, each unhappy family is unhappy in its own way”, the dramatic increase in middle-aged and older unemployment comes with the attendant risk of mental health deterioration, depression, marital breakup and other emotional consequences of redundancy.

One way out of this is for the middle-aged to become more entrepreneurial. The middle-aged have the experience, the networks, capital, wisdom, understanding of how mistakes are made and general nous to avoid more obvious traps that only being around the block a few times gives you.

Studies in the US have shown that indeed companies and ventures founded by people aged over 45 and upwards are the most successful start-ups there.

Welcome to the coming age of the grey-haired Irish innovator.