My builder told me about ‘the inflationary climate’. It must be true 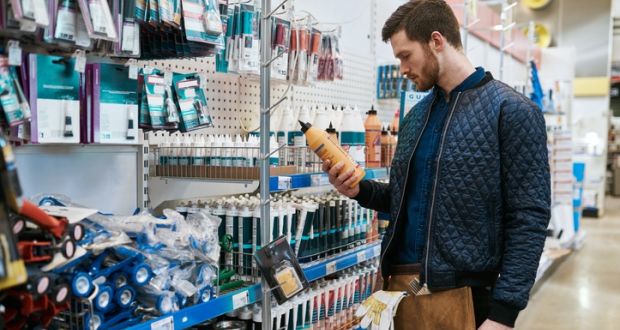 When it comes to economics, jargon is often deployed to obscure. The straight-talking Harry Truman cut through the waffle when he observed, “It’s a recession when your neighbour loses his job; it’s a depression when you lose yours”.

This week, we could have done with the Harry Truman treatment in the McWilliams household. We received a quote from a builder, which came with a warning that the final price could well be higher due to “the present inflationary climate”.

So now you know the moment when modest price rises are tipping over into inflation: it’s when a builder deploys the jargon of the IMF economist and speaks casually of the “present inflationary climate”.

Inflation is definitely here. It could be no bad thing. We have got used to very low levels of inflation being normal, but in highly indebted societies, falling inflation will make it harder to pay off debt.

For the past decade, the threat has been deflation – not inflation. The solution to deflation is inflation. At its core, inflation is about pricing power. Things go up in price because they have the power to bid up their own prices, such as my builder friend. If this process leads to wage rises greater than price rises, everyone will be better off.

Ultimately, productivity will determine how inflation plays out in the economy. If productivity is high, meaning output per worker is high, then low wages lead to too much money going to profits, as has been happening over the past three decades. If wages rise above productivity, more money goes to wages, pushing up living standards, but pushing down profitability.

Getting the mix between wages and profits right is the elixir of all economics.

The reason a bias towards inflation may be helpful is because Irish people are heavily indebted. A bout of inflation will wipe out some of that legacy debt, rendering the national balance sheet better off. We forget at our peril that Ireland suffered a balance sheet recession between 2008 and 2014/15, and the debt side of the balance sheet is still there, notwithstanding low interest rates.

Thinking about inflation and the new Omicron variant got me thinking about how the economy behaves during a pandemic. I like to refer to what we are going through, and might be about to go through all over again, as a “pandession”, which is a slump in activity brought about by a pandemic, where the rules of the game are not set by economics but by the cat and mouse game played by the vaccines and the variants.

The 2020 slump and 2021 boost did not follow the familiar recession to recovery pathway, where confidence returns gradually, spending becomes incrementally stronger as incomes rise, people become more enthusiastic about their future and the trauma of the recession eventually passes.

When you put a vibrant economy into deep freeze it takes time for it to come back to normality. It is frozen. If demand comes back much more quickly, because we were locked up for so long, incomes rise with nothing to spend this income on, and the economy cannot react quickly enough or immediately get back to capacity, and therefore prices rise.

In a pandession, demand follows a peculiar three-phase path: the Aldi phase, the Woodies phase, and then the Instagram phase.

Initially, in a lockdown or a work-from-home scenario, we are stuck at home. The income of many people, paid by the State, actually rises, but spending falls and people spend more on food and booze. As a result of this phase, Aldi Ireland said its profit before tax came to €71.2 million in 2020, a jump of 46 per cent on the figure for the previous year, while its turnover for the year grew by 14 per cent to €2 billion from €1.74 billion in 2019.

The next phase, as restrictions are lifted a bit, is the Woodies or home-improvement phase. This is the stage where we’ve been sitting in the kitchen for a while, contemplating how to spruce up the place. Maybe an extension, or a new floor, what about an island, some downlighters or a barbecue egg?

This phase got a shot in the arm from house price inflation, due to restricted demand. With moving or trading up so prohibitive, we did the next best thing and tarted up the old place.

When builders are nonchalantly deploying terminology that in the past only a fourth level degree in economics reduced you to, you know we are firmly in the Woodies DIY phase. There is a profound shortage of tradesmen. Many of the foreign lads went home to eastern Europe during the Aldi stage and haven’t come back yet. So demand rises but the ability of the industry to ramp up isn’t there, pushing up prices much sooner than would be the case in a non-pandession recovery.

From there, with the vaccines allowing a full opening of the economy and travel, we go into the Instagram phase of consumer spending. This is when we want to tell the world about all the good fun things we are up to that were denied us in the restrictions. Any purchases that can be photographed are shared on social media, from a night out with friends, new clobber and, of course, a holiday. The “living your best life” Instagram phase is more manic after a lockdown for obvious reasons.

As we enter an uncertain period with possibly more restrictions on the way, it would be wise to remember these three phases, but also to understand why inflation this time around may also be transitory.

It looks like central banks don’t share this view and are likely to raise interest rates next year but, because the pandession pathway is so different from the normal one, raising interest rates will do nothing for inflation because human behaviour has changed.

The pandemic has changed us and, as the economy is nothing more than human nature, modest changes in interest rates will have no effect on our changed species.