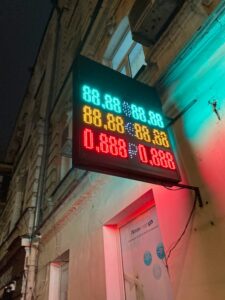 The day after September 11th, 2001, I conducted a public interview with Jack Welch, CEO of General Electric, a classic Bostonian Irish-American, who had just published his autobiography. The great and the good of Irish business turned up at the Irish Management Institute to hear about how he had made his name and fortune: driving up the share price of GE by driving down costs.

Welch’s obsession was shareholder value, meaning a company’s focus should be to extract as much profit for the owners as possible, without concern for the staff, customers, suppliers or any other stakeholders. This will result in massive returns to the owners of capital and insecurity for the workers. Welch looked to the bottom line, seeing business as a profit-driven enterprise with little regard for anything else. Costs were there to be cut and the most significant cost was the workforce.

For years Welch’s approach to business was lionised by business schools and management handbooks, and the share price was the acid test for any firm, while employees were expendable. He regarded the firm as an “eat or die” environment where everyone was ranked and the bottom 10 per cent of employees were fired every year in a relentless management process known as “rank and yank”. Can you imagine the collective psychology of such an organisation?

The other day, 20 years on, I spoke at another Boston-based firm with a large Irish branch. The new offices in City West have a full kitchen with a great chef and a trained barista, making superb coffee. The building has large windows with stunning views out on to trees and a lake. Employees can choose to come into the office or work from home.

The contrast between the two eras, the Welch regime and this new one, could not be starker. It is all about pricing power. Today employees in many companies have pricing power which they did not have in the past. Management has changed dramatically, and although it is easy to be cynical the concerns of stakeholders as opposed to simply shareholders are now a significant part of the management lexicon. While profits remain primary, the language and feel of many large companies appears to have altered.

In short, labour is back and much of the inflation that we are likely to see over the coming year reflects this as workers try to claw back living standards in the form of higher wages. The pendulum which has swung far too much in favour of capital is swinging back towards employees and the future is likely to be one where profits are lower and wages are higher. It will take time before this is realised but the process is already under way.

For the past three or four decades low inflation, largely caused by wages being low relative to profits, has been an explicit policy of central banks. Every time wage inflation looked like rising interest rates were raised to wring inflation out of the system, pushing up unemployment. By the time the economies recovered workers’ wages were re-set lower, so that when the unemployed workers finally got back to work their take-home pay was lower than before the recession.

The vast majority may not have had a stake but they had a vote, and they voted for those who identified rhetorically with their plight, offering easy-sounding solutions, such as “take back control”. Control is precisely what people don’t have if they fall backwards societally. As Louis Brandeis, who was a progressive American supreme court judge, observed: a country can choose between “inequality and democracy” but it can’t have both, meaning eventually the system will right itself.

Today, even though inflation is largely energy-driven, it’s quite clear that wages will have to rise to compensate employees for the fall in their living standards. People have the pricing power right now. Ask anyone in Ireland’s hospitality sector and they will tell you they can’t find enough staff. In tourism staff shortages are chronic, and employers are competing to lure workers.

All the while wages are rising as the pendulum swings from capital to labour, from employers to employees, from dividends to wages. We are looking at the reversal of trends that in some cases are decades-long and are likely to persist for many years. While we worry about interest rates rising, the real story is the age-old conflict between, as Marx might call it, capital and labour. We are entering into the era of labour, having left the Jack Welch era of hyper-capital.

Like all struggles there will be flash points, strikes and industrial strife. However, the trend is clear: in the private sector wages are on the way up and profits are on the way down. For the public sector, as there are no profits to be divvied up, the unions and the Government are set to lock horns because the only way public sector wages can rise is via higher taxation.

As a euro zone country Ireland has no interest rate or exchange rate autonomy, thus we have no specific tools to bear down on our own rates of inflation. The implication is that prices and wages will continue to rise for some time until the country becomes uncompetitive, measured by trade and a current account deficit. That could be some way off. In the meantime prepare for the great pendulum swing towards people and wages, away from capital.