This is my new book, being published October 27th. It is a new way of looking at the economy because it is written through the eyes of a pregnant 32 years old teacher, Olivia Vickers. Read More… 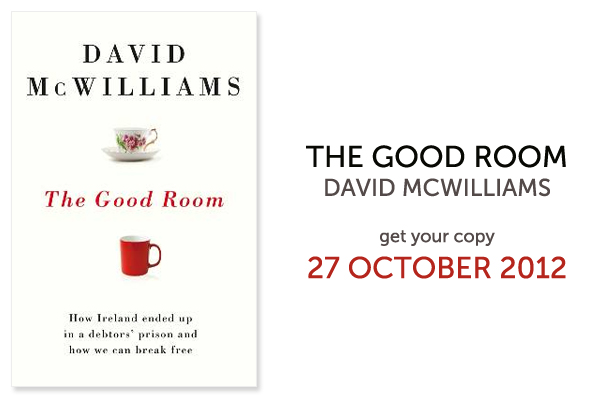 David first book “The Pope’s Children” was the best selling Irish non-fiction book in 2006, spending 52 consecutive weeks in the top five of the bestsellers. Described by the Sunday Tribune as “the definitive guide to the Ireland we live in”. The Pope’s Children was the first in a trilogy and the related TV series “In search of the Pope’s Children” — written and presented by David won an IFTA in 2007. The Pope’s Children was followed byÂ The Generation Game, which in 2007 predicted the 2008/09 crash and the fact that one generation would be left suffering negative equity for years. It also explored the redemptive economic power of the Irish Tribe scattered around the world. This book and subsequent TV series proved to be the catalyst to the Global Irish Economic Forum at Farmleigh in 2009. The final book in the trilogy “Follow the Money” was published in late 2009.

David also wrote and presented the documentary “Addicted to Money” for ABC Australia, which was aired in four continents in winter 2009.

Click on any of David’s publications below for more details.