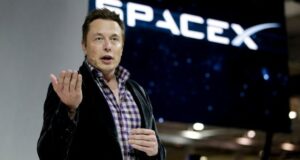 News this week has been dominated by two alpha males who deploy contrasting mechanics to gain power, seeing the world from entirely different angles. Vladimir Putin and Elon Musk might not be an obvious pairing. In many respects they are not. What they share is a desire for power; what makes them profoundly different is the mechanisms they use to attain power. Putin is using traditional hierarchical, top-down structures, the power of force, to achieve his aims whereas Musk is using network power, horizontal structures and, via Twitter, the power of sharing.

Putin’s framework for power is old and well understood. Musk’s is quite different and maybe more muscular as it depends on a network – and networks become more valuable as they grow. In contrast, autocratic power becomes more fragile as it expands. Before we focus on the power of networks and the economics of networks, let’s distinguish it from Putin’s playbook.

Putin’s is the centralised, command-and-control model of power. Historically, these started out as clans, morphed into kingdoms and became inherited hierarchies. Today these include some states as well as corporations, centrally run cults like many religions, bureaucracies or armies, all of which have a boss that sits on top of the structure. Normally, the “big man” rules and, from an organisational angle, this saves time and effort because what he says goes. Critical to this type of power, be it economic or political, is the power to punish. The structure is dominated by strong ties, and al fresco lick-arsery where grown men try to outdo each other’s acts of sycophancy in the court of the king. Loyalty is crucial.

Musk sees in Twitter the power of the network, the strength of informal connections, of acquaintances rather than allies and, paradoxically, the strength of weak ties. All those people who are on Twitter could not possibly know each other, but what makes the network strong are the weak ties that bind us together, via interests, opinions, political or social outlooks which are broadly similar but not identical, where there is essential room for argument but, crucially, where each user enlists other people, willingly, and in so doing ensures that the network keeps growing.

The power of the network is the very casualness of the ties, the horizontal nature of the structure, where each person acts as a recruitment agent for this platform. A way of looking at this is through the prism of biology. Ideas are spread through the network like a virus, hence the phrase to “go viral”. The speed at which ideas rage through the network is determined by nodes or gate keepers, explaining the modern world’s obsession with “influencers”, trusted (rightly or wrongly) as accelerators of messages and notions. The reason Musk wants to buy the network is because the network becomes more valuable the more people who use it. 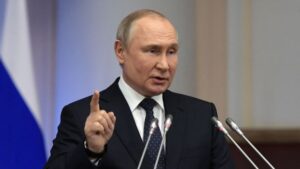 This may all seem vague, so let’s look at a concrete example. A historic example of the power of an informal network to undermine a command-and-control structure is the Reformation. Martin Luther was the ultimate influencer. His medium was the Twitter of the 16th century, a new technology called the pamphlet.

Luther’s use of the printing press to broadcast in the German dialect rather than Latin was a blueprint for guerrilla warfare. Even Luther’s first post, nailed on Halloween night 1517 on the cathedral door of Wittenberg, went viral, not just by exposing the hypocrisy of the church’s most recent rights issue – mass flogging of indulgences to the faithful – but because he printed them in such a way that they weren’t arguments but bullet points. People understood what he was saying. By the end of 1517, copies of his theses were being printed and reprinted in Leipzig, Nuremberg and Basel. One of Luther’s lieutenants, the radical theologian Freidrich Myconius, wrote that “hardly fourteen days has passed when these propositions were known throughout Germany and within four weeks all of Christendom was familiar with them” .

Luther wrote 13 treatises which sold over 300,000 copies between 1517 and 1521. He wrote in the German of the street. By 1523, at the height of Luther’s controversial prints, there were 498 imprints circulating in Germany, with 1,000 copies each, and Luther authored over a third of them. He was a prolific networker. It is estimated that seven million pamphlets were printed in the period 1517 to 1530 which attacked Rome, and more than one quarter of these were Luther’s.

The printing press decentralised the media landscape of the 16th century. By reducing the cost of producing pamphlets and making them more widely available, the printing press did in the 16th century what the internet has done for the 21st century. The audience became a dynamic crowd, interacting, debating and co-opting others. Small pamphlets were read in squares and pubs, and this encouraged people to be involved, share opinions and challenge others to do so.

In this new 16th-century media, the channels or nodes of information were no longer institutions. Information travelled from individual to individual through social networks that allow people to share content, express opinions and solve problems. Networks encourage discussion and participation and Luther understood this. In essence, Luther was more a social media agitator than a theologian; it is hard to imagine how he could have challenged the church had it not been for the printing press and the pamphlet, which allowed him to bypass the established channels of information and go directly to the people. From there, they built their own network. The costs of production fell as demand rose and, in time, the Reformation changed Europe. This is what Musk sees: a massive opportunity to disrupt but also cash in on the economics of networks.

The economics of networks means that a product, like Twitter, has value that derives from the number of individuals using it. Think of all the major social media networks and other major tech companies. Networks are central to the business models of eBay, Amazon, Etsy, Uber, Deliveroo, Facebook, Airbnb, Twitter, Instagram and so on. All these companies offer more value to their users when the number of users rises. We are in a networked world and of course the downside is network effects are also susceptible to a winner-takes-all system that sees the excessive accumulation of power in the hands of a few companies or individuals, an accusation levied at the likes of Meta (Facebook), Twitter and Google today.

Although Putin has reminded us that the power to punish is still appallingly effective, Musk’s moves reveal that the power to share, that horizontal, networked strength of the weak ties, is equally important. This is why Putin is banning social media networks, while Ukraine – with the help of Musk’s Starlink satellite-enabled internet coverage – is keeping them open.

Going back to history, particularly economic history, the tension between the flat network and the vertical hierarchy is as old as the hills. Every technological advance may tip the scales one way or the other, but the hostility between these forms of power regularly threatens to spill over into war. At its core, the battle in Ukraine is between these two forms of dominion, and Elon Musk seems to be on the right side of history. For now.