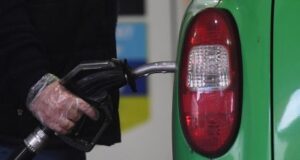 In time of war, talking about money may seem distasteful but the flow of finance, capital and the direction of trade will have as much bearing on the endgame in Ukraine as the movements of tanks.

The entire western strategy against Russia is an economic one. The economic implications of the current conflict can be broken down into three broad areas.

The first concerns financial markets over the next few weeks and months, particularly commodity prices. In economics terms, Russia is a large petrol station, with a productive wheat farm attached to it. As well as being the second largest oil exporter in the world, Russia is the world’s largest wheat exporter.

The prices of energy and food, two of the main components in the West’s rate of inflation, will rise. Allied to commodities will be all sorts of financial market gyrations as the news from Ukraine ebbs and flows.

The second area that will be critical over the coming months is the extent to which economic and financial sanctions will deter Moscow. There are various types of restrictions, beginning with the mafia boss approach, where the West treats Putin like a mafia don and makes life uncomfortable for the Russian oligarchs whom he has fostered and who in turn bolster him.

These sanctions would prevent them from travelling, prevent their companies from trading, and prevent them and their specific companies from accessing capital in foreign markets. The aim is to strangle movements and suppress the global lifestyles of Mayfair’s Russians, causing them to turn on the boss.

Another area of sanctions will be a ban on Russian oil and gas exports, starving Russia of foreign exchange revenues. Then there are sanctions that will prevent capital market access for all Russian companies, the Russian government bond market and a potential bar on Russian companies and Russian citizens operating the Swift system, which allows Russians to trade overseas.

Excluding Russia from the Swift international payments system would effectively isolate the country from the world economy.

The third economic area of concern will be the impact of this war on the entire global economy. Are we now hurtling towards a recession, as inflation rises and international demand slows, revealing the underlying fractures in the world economy, not least the huge build-up of debt in the West and China? Is Putin’s greatest weapon the very instrument that the West is hoping to use against him, namely the assumed strength of the western economy?

In the immediate term, wars cost money; they also cause money to move, which creates opportunities for speculation. Because war causes shortages, the price of some things goes up, while the price of others goes down.

Since Alexander the Great, wars – and news about the prospects of faraway conflicts – have driven the mood of financial gamblers. In the Roman forum, wars created all sorts of manias because the aim of the Roman war machine was to colonise foreign land and grant licences to Roman companies to operate as imperially anointed tax collectors in the new territories.

These companies were called societas publicanorum. We don’t appreciate that Rome was the first shareholding oligarchy, where rich citizens traded publicly quoted companies. News of war, then as now, drives speculative frenzies. This is what we are now seeing in global financial markets.

Maybe the most famous episode of war-related financial speculation was the Rothschild family, which had initially bet on Napoleon winning at Waterloo, stocking up on gold in London and selling British government IOUs called “consuls”.

Understanding that information was at a premium during wartime more than any other period, Nathan Rothschild set up a network of carrier pigeons to keep him ahead of the pack when it came to intelligence. When the British side unexpectedly won at Waterloo, a Rothschild pigeon flew back to London with the news, ahead of everyone else travelling by boat from Belgium to Britain.

Rothschild promptly sold his gold, bought up British government IOUs, and made the family fortune in the process, substantiating his earlier moniker as the “Napoleon of Finance”.

Speculation and war are old bedfellows. Right now, in the commodity markets, prices will be bid up for oil, gas and food. This will drive inflation further upwards, not only because of the shortage of wheat from Russia but also because fertilisers and farming machinery are dependent on fossil fuels – when the price of one goes up, the price of the other rises too.

In terms of the sanctions on Russia, unless China signs up, it’s difficult to see them working. Iran has been under full sanctions for years, yet has muddled through.

China, the world biggest importer of energy, will happily buy Russian oil and at the same time keep Russia in consumer goods, all the while quite content that the USA and the West are at loggerheads with Moscow. More than 50 per cent of Russia’s almost $400 billion (€360 billion) exports are petrol or petrol-related, and now 16 per cent of China’s petrol imports come from Russia. By diverting away from the Gulf, China could easily absorb much of the Russian exports that used to go West.

Gas is different as most of it is pumped though existing pipelines to Europe. It will be much harder for Russia to replace this source of demand. Russia exports about $55 billion worth of gas.

However (and here is the weakness of the West’s position) Russia has a large trade surplus, and this will get larger if it can’t buy German cars or Apple Macs, making its economy less – not more – likely to fracture. And its abundant foreign reserves and gold holdings mean it can maintain the rouble’s value.

In short, the West’s trade sanction hand is weak.

The financial sanctions aimed at cutting off Russia from the world economy by removing it from the Swift system would be by far the most damaging for the Russian economy.

Russia would not be able to settle any trades and would force the country to be self-sufficient. If the US could seal off the global economy, this might work for the West; 30 years ago, this may have been more achievable, but now everything depends on China.

If China supports Russia, all western bets are off. And why wouldn’t China support Russia? After all, it has its own eastern Ukraine in Taiwan, which Chinese president Xi Jinping(like Putin with Ukraine) doesn’t recognise as a separate country.

We are in this for the long haul. The global economy doesn’t like a long haul characterised by higher levels of inflation, a compromised Federal Reserve, too much debt and uncertainty about world trade. The Fed will now slow its advertised increases in interest rates, making the situation feel less stable as inflation rises.

All the while the presidency of Joe Biden looks more fragile, And with pro-Putin Donald Trump waiting in the wings, things may well work out for the Kremlin.