Every night outside the hotel where I stayed in Havana, hundreds of local teenagers gathered, jostling to try to access the hotel’s wi-fi service. Local entrepreneurs have sold them an app, fashioned by local programmers, that sometimes outwits the hotel’s internet security settings.

This hotel, right in the centre of Havana, is one of the very few hotels with wi-fi access. It is an obvious target for the information-hungry youngsters desperate to get a glimpse of the outside world. Each night I watched them waiting patiently for the faintest signal bars on their phones. Their unbridled happiness when they successfully logged on was a joy to watch.

Once connected, they then do what teenagers all over the world do. They chat on Facebook to friends outside Cuba, whether in Venezuela, the Dominican Republic or the US. They download music and share sites with each other.

These young Cubans are dressed in the universal uniform of the teenager with their baseball caps, Nikes and various labelled bits of Americana. They are like kids anywhere with the same hopes and dreams, the same yearning to travel, see the world, and rebel against their parents and authority.

Curiosity is the most elemental human reaction, and these Cuban teenagers are the same as the legions of Irish kids at Longitude last weekend except for one thing – they have no money. But all that might be about to change.

Unlike their parents and grandparents, those kids I spoke to, while respecting Fidel, Che and the Revolution, realise there is a big world waiting for them outside the island, and they all told me that the minute they are allowed to travel, they’ll be off. That moment might be coming very soon.

On Monday, Cuba opened its embassy in Washington, and for the first time in 52 years the Cuban flag flew in the USA. This is the beginning of a huge change for Cuba and no one is quite sure what comes next.

I am just back from my third fascinating visit to Cuba. It is a wonderful, beguiling country. It is clichéd to say, but the people are the most beautiful, gentle and optimistic islanders I have ever encountered.

Twenty years ago, the first time I landed in Jose Marti airport, the country was hungry. It had run out of petrol. There were food shortages everywhere. The Soviet Union, which had supported Fidel for years, couldn’t keep Cuba’s lights on during the transitional chaos of the Yeltsin years. Without its Russian backer, Cuba looked doomed. Not only did harvests collapse due to lack of fuel, fertiliser and machinery, but when food did grow, the Cubans simply couldn’t transport it from the countryside to the city. There was no evidence of small business, the shops were totally empty, and the only thing that seemed to be working was the Cuban baseball league.

It seemed only a matter of time before the regime fell.

But it didn’t; it adapted – somewhat.

Today one of the fastest growing businesses in Cuba is Airbnb – Havana is full of small restaurants and bars and the vibrancy of small-scale capitalism is evident.

But the country is still extremely poor and Havana is dilapidated. Although hard figures are difficult to access, according to excellent studies done by the Royal Bank of Canada, the average monthly salary has grown by roughly 13pc from 2008 to 2013 to $19.63 (€17.97) a month. The highest wages are earned in the construction sector at $24.25 a month and the lowest in retail, hotels and restaurants at $16.29 a month.

Some argue that the small changes allowing Cubans to open micro businesses are the main reason Cuba didn’t implode. But this isn’t credible. Communist Cuba was saved not by the explosion of luxuriant mini-capitalism, but by old-fashioned Leftist support.

In 1999, Venezuela stepped in. Hugo Chavez saved Fidel Castro. Venezuela is now Cuba’s number one trade partner, the main source of financing for Cuba and one of the top destinations for Cuban medical services, with tens of thousands of doctors, nurses, dentists and optometrists.

The influence of Venezuela is ubiquitous – which is hardly surprising as Venezuela has the largest oil reserves in the world. It is therefore a very rich country. And this Venezuelan angle may be the reason for the America’s speed in opening up to Cuba, having less to do with political altruism from the Obama government and more to do with shifting geo-politics.

The US has spent years trying to undermine the Venezuelan regime. This may now be working. However, the US knows that Cuba will look elsewhere for support in the meantime. The two countries most likely to come in and support the Cubans are China and Russia – Cuba’s second and third largest trading partners. The last thing the Americans want is a Sino/Russian satellite 90 miles off the coast of Florida.

The Chinese are building lots of selective infrastructure in Cuba and – in a move which contrasts dramatically with Germany’s attitude towards Greece – the Russian parliament ratified a deal to write-off 90pc of the Cuban debt. After a two-decade negotiation, Moscow agreed on October 2013 to waive $31.7bn (€29.1bn) of Cuba’s debt to the former Soviet Union. The remaining $3.5bn will be paid over the next 10 years to Russia’s Vnesheconombank account in the National Bank of Cuba. Interestingly, and again with one eye on the Eurozone’s treatment of Greek debts, these Russian funds will be exclusively used to finance Russian investment on the island, thus keeping the money in Cuba.

The Cubans are now worried about a massive brain drain if travel restrictions are removed and I’d expect them to drag their heels a bit on this. But for how long can they stop the inevitable human urge to move?

As I look at these young Cubans on their phones, bought incidentally in Haiti, it seems to me that there is a generation struggle about to be launched in Cuba. The older generations want to preserve what the revolution has achieved – the certainty, and the health and education system. They saw what happened to the elderly in Russia and know their lives will be negatively impacted by social change. On the other hand, the young want to have what the rest of the world has, and the internet is showing them all these possibilities.

The future of Cuba may well be a battle for the heart and soul of Cuban youth. Between Karl Marx and Nicki Minaj. Who’s your money on?

Totally off thread but still current. It’s Enda’s turn today. A few questions and points that the government of the day should have been asked to address. 1. What is the long term annual requirement for completed building units. Would 30,000 be a reasonable number including some allowance for catch up? 2. What was the peak number of annual completions during the boom. About 90,000 say. That’s three times, three times the annual requirement. 3. Were you aware that a number of years before the crash that some banks started asking for parents to guarantee their children’s mortgage repayments. Obviously… Read more »

Writing off debt is a short term solution just to prolong the agony as the debts are reoccurring.

Better to reform the money system so we do not have a debt based system which is the cause of all the problems in the first place.

Interesting that there is a dead silence on that particular discussion.

If Cuba is wise they will retain their own currency issued from Treasury and not adopt the function of a central bank.

Meanwhile –Back at the ranch

Elsewhere is the production of Mickey Mouse money at 5 times its real value!!!

I clicked the box to have comments emailed to me both on this article and the previous one as I submitted commentary. In neither case have I received any emails. Now that box is not available. Does anyone have any suggestions on how to activate that service. 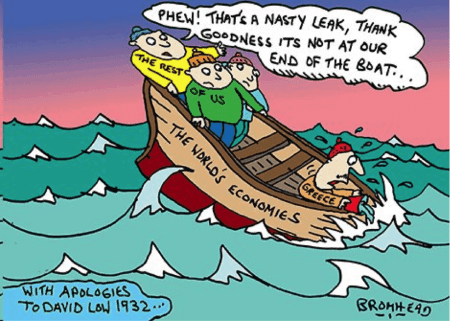 Next step for Cuba, will be to get a corrupt business oligarch trying to shove his mobile phone empire onto their island.

With the enthusiastic support of the Champagne Socialist party in Kildare Street.

In fact Ireland’s Champagne Socialist party might even be able to give instructions to the regime in Havana on how to control the internet and make sure that nobody dares speak critically of the political class.

Wow. Even Cuba is better at getting debt write downs than the FF/FG/LP clowns. Of course, they are good at “giving” debt write downs to their backers. The story of Lorraine Higgins is inspirational. Never elected to anything. She even had a social media assault on Ming last year, calling him a turkey, and comparing him to a puppet. [ the irony of her being appointed to the Seanad, by Merkel’s puppet, after failing to be elected despite the instructions of the LP leader is clearly lost on her]. And now she is bringing in legislation to effectively shut people… Read more »

Main headline this morning. Amazon is now worth more than Walmart.

The Nasdaq is clearly losing the plot. Dot Com 2.0 all over again.

Facebook, Twitter, etc, are all, also highly overvalued. Apple is faltering, and competitors are continually gaining market share. Smartphones will be commodity products in a few short years.

Ready for the crash in social media stocks ?

“Once again tonight this documentation will be sent to many major financial news organizations around the world. Of course it has been sent to them many times already and they have ignored it studiously. But if you are not yet completely demoralized about living on a planet that is quickly succumbing to totalitarianism, send this dispatch to some of them yourself and ask cordially why the documentation cited is not worthy of their inquiry. You just might shame somebody for the aspirations he had when he got into journalism. If you receive a response from anyone, please forward it to… Read more »

Hang on to your cash/capital and remove it from the banking system.

http://news.goldseek.com/GoldSeek/1437757954.php “We are already in WW III. It is because of and being waged in financial assets. It is clear to me the U.S. is in panic mode and trying to break the long term bull trend in gold. If the trend cannot be broken, the dollar will be zeroed out. Unfortunately, both sides know this full well. The military warnings of late from both Russia and China have become much louder and the actions and movements by the U.S. (staging in Turkey for Syrian raids for example) much more dangerous. As I see it, the U.S. “needs” war to… Read more »

If Cuba has any sense, they’ll visit islands like Ireland & Iceland to learn what NOT to do! I’m on Santorini ruminating on the. coming Eurozone implosion as I wander the Caldera watching Chinese newlyweds posing for pics beside an ancient exploded volcano. After a few days here, only one question :Where did all that money go? Not into Infrastructure, this place is STILLa mess. The FEB let Gilman Sachs Cook the Greek Accounts Book. Germany and France will never be paid Greek debt. They threw Billions on the bonfire of vanities that is Greek debt. Greece wants debt written… Read more »

Free range beef, chicken and eggs are good, but not free range kids.

Cuban youth may be better off sticking with the generic Cuban economy as the rest of the world goes into a tail spin.

Is this what the children of the revolution should be worrying about.