Rural broadband plan is a gift of billions to private firm 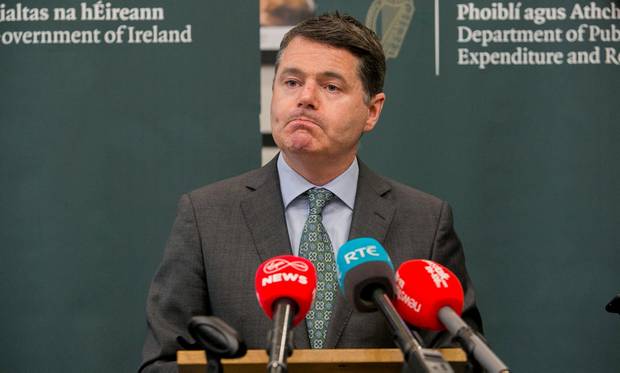 The Irish State is going to pay the lion’s share of the upfront cost of rolling out broadband around the country and then is going to gift this infrastructure to a private investment company. Take that in.

The private company has the potential to sell off these assets at a profit – even if the State allows itself some clawback of such funds. That is what private companies tend to do.

As a result, over the next 15 years or so the average Irish citizen will end up transferring billions to a small number of people. And we still won’t own the infrastructure.

The issue for us is not whether the country should be providing decent broadband to rural Ireland. We should. As someone who lives in Dún Laoghaire – hardly the remotest outcrop in the country – and does not have a fibre connection, I have much sympathy with my rural brethren.

High-speed connectivity in the 21st century is as necessary for development as a road network. Indeed the prize of total broadband coverage could have profoundly positive implications for people’s lives, for the ability of small companies to do business and for larger companies – particularly service companies – to set up in remote parts of the country.

So there is no qualm with the development objective of the broadband roll-out. Nor is there an issue with the private investment company, in this case Granahan McCourt, trying to get the best deal for itself and its shareholders.

And we should not be surprised that, ahead of an election, the Government times this broadband announcement to wrap itself in the cloak of “the saviour of rural Ireland”. That cynical strategy has never lost a vote in this country. We can all understand that there must be a bit of showtime and political manoeuvring ahead of the polls. Electorally, that is what being in government is about: you garner whatever advantage office gives you to help you keep your job. It’s not pleasant but it is an obvious consequence of democracy that could shock only the truly naive.

The politicians see an electoral opportunity and most have a real long-term interest in the prosperity of rural Ireland.

But the economist sees something else. The economist asks three additional questions: is the procedure/tender being executed in the most efficient manner; how much will it cost; and, in the end, who will own the network?

Let’s examine these questions in turn.

The original tender for the national broadband roll-out took the form of a public-private partnership. This is how we built the motorways. The State partners with a private operator after a competitive tender, where there are a number of bidders. Either the cost is borne entirely by the private operator, which is then given a licence to toll the roads for a set number of years to recoup its losses, or the cost is shared. The company shoulders the risk and then tries to recoup its revenues.

In some cases, if there is a particularly competitive bidding process and the private operator undertakes to build roads in places where there isn’t yet the population to justify the infrastructure, the State might provide a subsidy in the event that traffic numbers fail initially to hit the private company’s revenue targets.

Where the State agrees to make up this kind of shortfall it is called “gap-funding”. Gap-funding arises when there is risk-sharing. In well-conceived PPPs there is always risk-sharing; both parties jump together.

In the motorway case, after that set number of years comes to an end (during which time the company tries to make profits for its efforts), the motorway reverts to full State ownership. Therefore the national infrastructure is built, the builder gets paid and the network is ultimately owned by the people of Ireland.

The essence of the partnership is that (1) there is competition in the initial bid between competing bidders; and (2) there is risk-sharing between the developer and the State. However, in the case of the national broadband plan, we have a PPP with only one bidder, and gap-funding with no competition. So the risk is being borne by the State, rather than shared with the private investment company.

We learned some crucial details during the week. The State will inject about €3 billion of funds up front, and the private company will cough up about €2 billion – but most of this will come only once the network is up and running.

Why does the timing of the funding matter? It matters because it implies that the taxpayer pays the upfront costs when there is zero revenue – digging up roads and laying the cables – whereas the private company must inject most of its funds only when the network is up and running.

This suggests that the investment from the private company will be paid directly from the monthly broadband access fees forked out by the user. The risk to the private investor is minimised because its revenue will be streaming in, once the network is up and running. Therefore there is little injection of risk capital from Granahan McCourt.

This raises the question of what Granahan McCourt is bringing to the table. Securing finance in a world of zero interest rates, where the financial markets are falling over themselves to finance government-backed infrastructural projects, is not difficult. In fact, money has never been easier to raise.

This company will get the contract, then raise capital through borrowing from the markets. These borrowings will be underwritten by our State subsidy. Therefore the risk is on the State, not the leveraged company.

And now the coup de grace. The Department of Finance estimates that Granahan McCourt will have paid back all its borrowings by 2028. At which stage it will own the Irish broadband network. And we will be in its pocket. How does that make you feel?