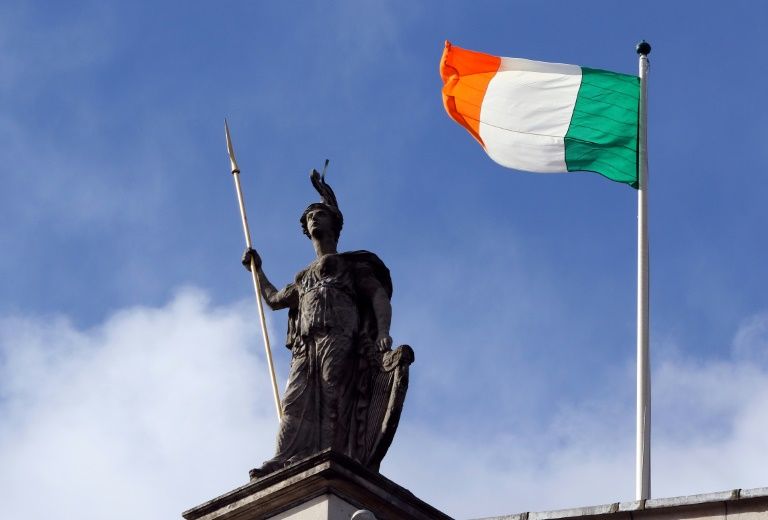 Strange things happen to countries’ establishments after serious crashes. Before the 2008 crash, it was deemed patriotic to talk up the economy and paint Panglossian scenarios about the future.

Back then putting on the “green jersey” meant cheerleading the credit/housing boom and vilifying the doubters. The disposition of the establishment was cavalier; these insiders could see the runway and a “soft landing” was imminent.

Today, chastened by experience, the preferred position of Ireland’s insiders is one of caution, probity and rectitude, at least in the tone of public statements. Putting on the green jersey isn’t half as much craic anymore.

(Such scrupulousness doesn’t always extend to their own salaries. For example, it was revealed this week that the new head of the Central Bank – a monetary authority with no exchange rate, no control over domestic interest rates, no ability to print money independently and no capital controls to monitor – will be paid more than the head of the US Federal Reserve, the person who holds the most important job in the global financial markets. It is, to be fair, lower than several of his European counterparts.)

In keeping with this tone of admonishment, the head of the National Treasury Management Agency, Conor O’Kelly, stated with “100 per cent” certainty that Ireland will enter a recession. When the man charged with borrowing money for the State announces such calamitous news, people sit up and worry.

In Ireland, because the searing memory of the bust remains, any talk of recession evokes deep anxiety.

But what if there is something else going on? My own suspicion is that, in the same way as the insiders got the economy wrong in the Celtic Tiger years, they might be off the mark again.

While I still believe in the economic cycle and the ebbs and flows of the economy, and I know the economy does not move in straight lines, I suspect that the world has changed a lot since 2008. The Irish economy, in particular, is now such a different proposition to the beast of 2008 that the next few years may turn out differently.

I have not forgotten about Brexit and the fact that the EU Commission, only this week, issued another warning about the economy’s exposure to the UK and our over-reliance on the multinationals. And I do take on board evidence – from rents to traffic– that points to overheating in the economy.

However, I do believe the 1998-2014 boom-bust was a one-off. The boom was ridiculously amplified and the subsequent crash dreadfully deep and painful. It was a credit boom misdiagnosed as an economic miracle. Easy credit drove housing and consumption, and when it evaporated, as easy credit does, the personal balance sheet of hundreds of thousands of people imploded because debts vastly exceeded assets for a period, and the credit squeeze forced many (including State agencies such as Nama) to sell, crystallising losses.

The crash was domestically created – actually by the cheer-leading insiders. It was the consequence of horrendous policymaking. Of course, the crash itself didn’t destroy wealth but merely revealed how much wealth had already been destroyed in the so-called boom by poor decisions.

As a result of this trauma, any mention of the word “recession” is now equated to this harrowing national experience.

But when you boil it down, Ireland suffered because we had all our eggs in one basket: local property, banking and credit. There is not much evidence that this is the case today. In fact, there is a strong counterargument that the present upswing could go on for some time, without the abrupt reversal of last time.

Historical and international evidence indicates that one of the most significant factors in determining whether an economy will avoid long slumps is diversity. If a country produces lots and lots of different things, rather than being dependent on one or two sectors, its chances of avoiding a slump is significantly greater.

In addition, if it is part of a global supply chain rather than a large self-contained domestic economy, it should also be able to roll with the punches. If its productivity is high, that too should help.

The best indicators of this flexibility are the types of industries that are here and the talent that has been attracted to the country. To date, the inflow of capital, innovative young companies and highly educated professional talent has been an ongoing feature of this economy.

Once you realise that we are not really a sovereign economy in the traditional sense of the word but a productive cog in an international manufacturing and services supply chain, then the biggest risk to our prosperity is very poor national decisions.

Once we avoid those, there’s not much reason to fear a cyclical slowdown because it will be short and shallow, even if it does come.

In recent economic history, prolonged economic expansions are the norm, not the exception. They tend to be underwritten by wise local government in the area of infrastructure, which is really all our State has to do. It has to build homes, trains, buses, undergrounds and what could be termed life and lifestyle infrastructure.

This extends to planning, education and health – all the aspect of government that improve people’s lives. This is the truly serious business of government. Once done, then demand – which is actually what evaporates in a recession – will look after itself.

And then there is Brexit. If you are unfortunate enough to live beside a rather delinquent neighbour, it is opportune to regard its delinquency as a one-off chance to show off to the world how sane you are.

Despite various populist insurgencies, the world is still hyperconnected. Money and talent will, like water, follow the path of least resistance. Both will stream in here, if the State does what it should. That will be more than enough to keep us recession-free for a long while and, if the British maintains its bizarre nativist position, we will benefit as the English-speaking, Anglo-American investment location.

Critically, whether the State can build infrastructure and unblock the planning process, facing down local nimbyism, will have much more impact on Ireland’s prosperity than Brexit or anything that English nativists conjure up.

For a small open economy, the key is getting the small things that you can control right; the big things will look after themselves.

Ireland’s insiders were wrong about the soft landing because they misdiagnosed the economy as a miracle; they could be wrong again now in dismissing the achievements as a mirage.