The break-up of the United Kingdom has just accelerated 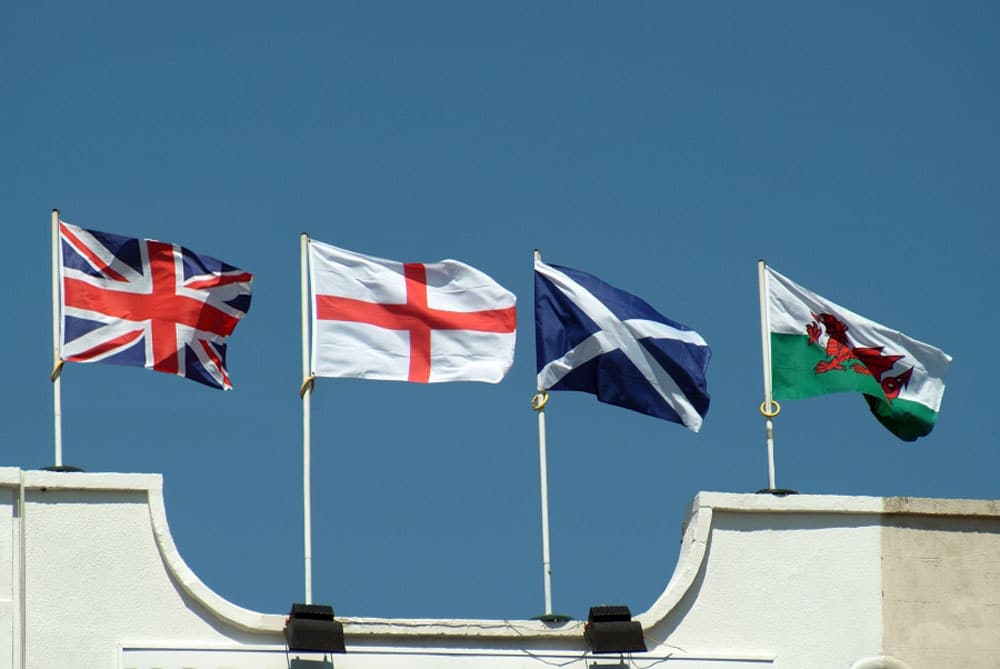 The break-up of the United Kingdom has just accelerated. The DUP, a party that never misses an opportunity to miss an opportunity, has done more to undermine the Union than Sinn Féin.

As leaders of unionism in the north-east of this island, the DUP’s manoeuvring over the past few years has culminated in customs checks between Northern Ireland and Great Britain for the first time since 1801. The English nationalists, otherwise known as Brexiteers, who lectured the world about the merits of buccaneering global free trade unencumbered by meddling Brussels, have ensured that the UK itself is actually a smaller free trade zone than it was before they started. Not only does the UK now have barriers with the EU, but it has barriers with itself. In short, the UK has declared, and successfully prosecuted, a trade war with itself.

The only ones smiling are Scottish nationalists, whose independence drive rolls on. At every twist in the Brexit saga, support for Scottish Independence has risen. Now polls suggest an independent Scotland could become a reality within a few years.

English nationalism has made Scottish nationalism respectable. The Nats are picking up support among previously unionist, middle-class Scots, who only a few years ago were the bulwark against independence. Scotland wants to be European too.

The only thing that can stop the Scots now might be a Labour government in London, but that looks remote. The Conservatives have a parliamentary majority and the “plucky-little-England” Brexiteer spiel goes down well in previous Labour heartlands. Johnson has created a “red trouser/blue collar” alliance of the posh south and the hard north, under the flag of nationalism. He won’t offer that mantle to anyone else soon.

All this means that the UK is going through a constitutional storm and an all-out culture war, the likes of which it hasn’t seen since the 17th century. An unmitigated disaster for Ireland, the legacy of the 17th century includes unionism, whose successors now hold a majority in only two of the 32 counties of Ireland.

Brexit means we will hear a lot more from them. The fact that there are more immigrants than there are unionists on this island will only fuel their feelings of isolation.

Imagine what this will be like when Scotland leaves the UK. The Scottish Nationalist Party, a cosmopolitan, pro-European movement, won’t be long in turning its back on the wannabe-Scots of Antrim.

The next decade is going to be convulsive. The enormous Brexit benefits that might accrue to Ireland will be entirely dependent on Dublin managing the Irish consequence of the break-up of Britain.

This column has always maintained that Brexit has the potential to be highly positive for the Irish economy. The Irish economic model is less a national economy and more akin to a trading city-state, open to ideas, people and capital. We fuse international and local talent/capital and re-export services and products from here. This model is a 21st century version of the Florentine Republic, the Hanseatic trading-states or Shanghai in its 1920-1948 heyday.

Stick to that game plan and we should be ok. It means that the local bits we can’t trade – the public sector and the land-economy – need to remain competitive and productive, otherwise they drag the trading economy backwards.

Really that’s all local economic policy has to do. We must make sure that land prices fall by banning hoarding with a site-value tax and a “use it or lose it” approach to planning, and we must ensure the public sector doesn’t get too big and too expensive. Global trade and commercial innovation will look after the rest. It seems easy, but don’t underestimate how hard easy is.

As the Brexit reality sets in and the incipient political, economic, financial and social instability in the friendless, and fragile UK becomes clear, capital and talent will flood in here. The Republic of Ireland is the one common-law, American-friendly, trading entrepot with full access to the 500 million market of the EU.

The investment decisions in corporate boardrooms all over the world will favour Ireland. Existing networks and alliances will all count. Remember, we sell to people we know, and we do business with people we are comfortable with. So, Ireland is in a strong position to benefit from technology transfers, capital investment and migrating talent.

However, as demographics in the North and the possible breakup of Britain, make Irish unity more likely, there is a pressing issue for Ireland: how to incorporate unionists into a new federal island.