The business trip is dead. Dublin goes into mourning 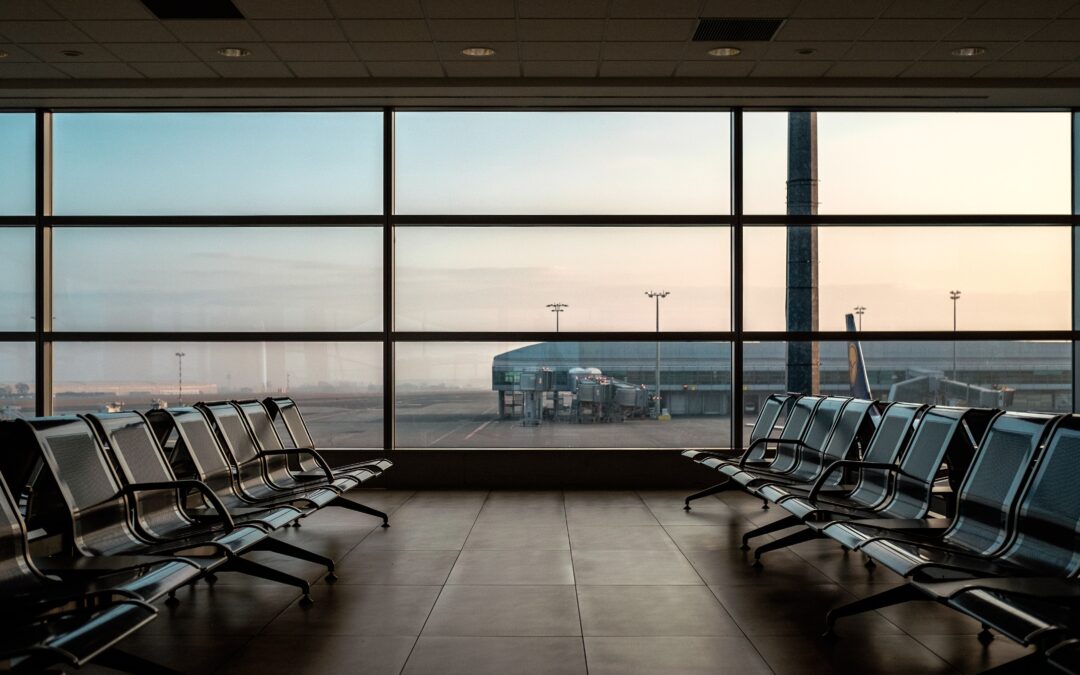 Now that we are looking at the beginning of the end of the pandemic, it is time to assess the likely long-term impact of this experience on the economy. Calling the end of a pandemic is obviously fraught with danger, but at some stage we have to believe in science.

The various successful vaccines that have recently been announced will allow us to re-enter the 21st century in terms of the tools we deploy to fight this disease. For nearly a year, we’ve been using medieval technology; the quarantine has its origins in the 6th century when the emperor Justinian sought to stop a plague by isolating certain groups arriving in Constantinople.

Social distancing was used effectively in 14th century Venice as a way of reducing human contact and diminishing the spread of pestilence. Although they hadn’t figured out how, the city state’s rulers knew disease jumped from the sick to the susceptible. The word quarantine comes from the Italian “quaranta” or 40, referring to the number of days of isolation required.

News about the vaccine makes it feels like we are back in the modern world of progress and science. Rarely has the world been so happy to see these recent images of men and women in white coats with test-tubes. The rollout may take time, and there will be glitches along the way, but we can see the way out, thankfully.

But what are the long-term consequences of the virus and how has it changed our behaviour? This week, let’s discuss the end of the business trip.

The chief executive of a large global company told me that the most significant budget adjustment his company has made for 2021 and beyond is an aggressive cut in travel expenses. Like many multinationals, this company’s managers and executives would have been on the move, filling up business lounges at airports, ordering taxis, splashing out expense accounts in top-of-the-range restaurants and, of course, turning left rather than right at the doors of aeroplanes.

For many, the business trip was an unpleasant burden, but one suspects for many others, the chance to be on your own, stay in some fancy hotel, have dinner, get to know your colleagues, do deals and generally get treated like a sovereign adult, was a massive perk of the job.

Who doesn’t like ordering wine with someone else’s money after all?

In the weird and fragile world of corporate hierarchy, who can’t admit that the frequent flyer was a bit more glamorous than the sedentary pen-pusher? Theatrical recitals of an extraordinary busy schedule, complaints about the awful traffic in Milan or the endless queues at JFK, are examples of corporate bragging – a type of social signalling, indicating that the hectic traveller is at a higher status than the stay-at-home commuter.

The traveller was indispensable; the marooned, sedentary team-player expendable. (Of course, the truly powerful have people come to them. The difference between those who go to meetings and those for whom the meeting comes to them, is an entire sub-genre of corporate etiquette that we might get into another time. )

For now, let’s stay with the fact that Zoom and working from home have led to a complete reconfiguration of the whole notion of international business travel, which has been a company staple since the beginning of the jet-age. If people don’t need to travel and if productivity in large service-based companies has not taken a hit, despite the fact that people and teams couldn’t meet face-to-face, then why spend money on travel?

Slashing travel budgets is much less painful than slashing head-count when it comes to cost cutting. And, Zoom apart, many global companies will want to reduce their carbon footprint and be good global citizens rather than polluters.

All this means a profound change for many businesses – from restaurants to conference centres and, most significantly, airlines. It is estimated that while business travellers constitute less than 10 per cent of passengers, they generate three quarters of airline profits.

What goes for airlines, goes – but in smaller proportions – for airports too. However, the biggest knock-on effect is likely to be in cities that have geared themselves to cater for the business traveller. Cities like Dublin. Not surprisingly, Dublin is a mecca for the commercial frequent flyer, as it is home to so many multinationals.

Planners have transformed the city to suit the corporate executive: from the conference centres and venues that are entirely dependent on travel and entertainment budgets, to the glass and steel buildings on the docks that are likely to remain vacant – or at far lower rates of occupancy – because workers don’t have to come into the office every day.

Consider city-centre restaurants and high-end bars. It’s difficult to imagine most of these remaining open without the free-spending corporate credit card, particularly during the week. From Monday to Thursday, much of our city hospitality is sustained by the business traveller.

Think of all the hotels that are now under construction or have just opened in Dublin and, to a lesser extent, elsewhere in the country. Boutique hotels might appeal to the tourist at the weekend, but who is going to stay in these places mid-week?

Some will argue that calling time on the business traveller is premature. People need to meet face to face. Teams are inspired by the big night out, the celebratory dinner, or the few pints. There can be no doubt of this and, for many, the business trip is the thing that keeps them going as it is a break from the drudge of the commute, the daily grind and the relentless anxiety induced by performance targets.

We understand that people do business with people they know, and it’s hard to get to know someone on Zoom. The essential chemistry of the sale is the personal connection, and as the salesperson is the critical player in any business, isolating the salesperson, the persuader in chief, within the sterile confines of Microsoft Teams may backfire on businesses.

However, right now business travel is down 96 per cent since the start of 2020. It is difficult to see how this returns to anything close to 2019 levels. The hassled business traveller, in the aisle of the plane, horn-rimmed glasses steaming up as he or she tries to ram hand-luggage into an overhead locker, may be a creature we think we can do without.

But we will miss them, not least because a surprising amount of our urban economy depends on the much maligned international business traveller*.