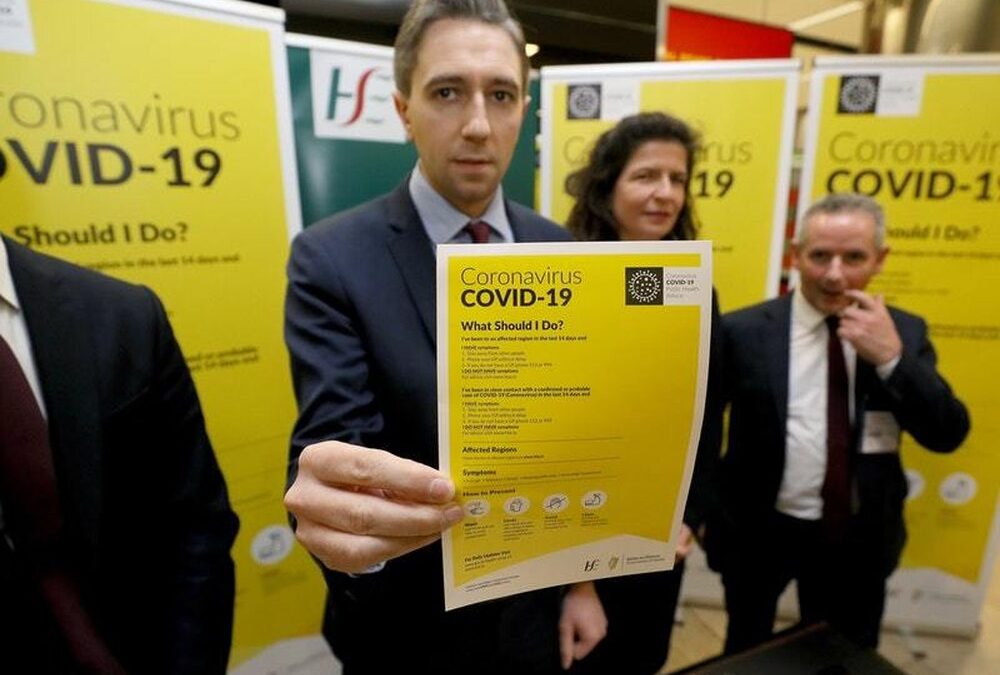 The loud woman at the bar of the French Roast on New York’s Upper West side is agitatedly telling her brunch partner, and (given her operatic volume), everyone else in the joint, how her business in China has stopped working.

“It’s gonna happen here too,” she admonishes. “We’re gonna have to shut the place down.”

It’s hard to imagine shutting New York down when much of city life is driven by the retail, entertainment and hospitality industries. These are corona virus breeding grounds. A virus loves company.

The official reaction here to the coronavirus’s potential economic threat, reveals the social nature of the US economy. The Federal Reserve’s 0.5 percentage-point cut in interest rates followed falls on Wall Street. It was designed to boost asset prices, make borrowing cheaper and keep the consumer show on the road. It was to encourage the public to load up on the credit card, go out and buy, and bring forward purchases.

The business of America is retail and froth: keeping people spending. The cut should have had the further effect of subsidising the rich: cutting interest rates in reaction to a falling stock market should put a floor under asset prices.

But the Fed’s move had a limited effect: share prices rose in the immediate wake of the cut and then quickly fell.

Constantly living on the credit-fuelled never-never makes America more fragile to the economic consequences of the coronavirus, and critical to this fragility is the Federal Reserve, the institution charged with making America stable.

William McChesney Martin, who was in charge of the Fed in the 1950s and 1960s and was its longest-serving chairman, described his job as “taking away the punch bowl just when the party gets going”. In other words, keeping the economy and assets prices on a tight rein.

Since 2000, the Fed has done the opposite. It has poured more booze even when it’s clear that the guests have had one too many, leading to quite predictable results, not just for the distribution of wealth in the US, but also for the astronomical debt taken out to boost those asset prices.

Remember, asset prices don’t go up on their own. They go up because investors buy them, and they buy them using borrowed money. Valuations are rented not earned, leading to “fur coat, no knickers” prosperity.

The more borrowing, the more exposed the economy is to a shock. The coronavirus might be one such shock.

China tells us what is to come for New York, if the virus takes hold. The woman in the French Roast was right: to beat a virus you have to introduce quarantine.

In China, the mass quarantine of millions of people has resulted in new confirmed cases declining steadily. Infection peaked at about 3,000 new cases a day in early February.

By contrast, the increase in the number of confirmed cases of the virus outside China has seen an exponential increase to about 1,800 each day.

China has sought to limit the spread by complete economic shutdown. The latest World Health Organization report says: “China’s bold approach to contain the rapid spread of this new respiratory pathogen has changed the course of a rapidly escalating and deadly epidemic. In the face of a previously unknown virus, China has rolled out perhaps the most ambitious, agile and aggressive disease containment effort in history.”

But quarantine means retail carnage. Traffic across 100 Chinese cities has plummeted relative to previous years. Passenger traffic is down more than 80 per cent compared with February last year.

According to BigOne Lab, a Beijing-based research firm, 83 per cent of the one million or so restaurants tracked on Meituan-Dianping (China’s biggest delivery platform) were closed in early February.

By the middle of the month, close to nine out of 10 of China’s 5,500 Luckin Coffee stores – China’s answer to Starbucks – were still closed.

According to Capital Economics, cinema tickets are down 99 per cent annually, car sales are down 92 per cent and property sales 83 per cent compared with this time last year.

Coal consumption in China’s power plants has ground to a halt, and there’s been a growing volume of shipping containers are sitting idly in Chinese ports waiting to be offloaded.

To control the virus, Chinese authorities had to put the economy to sleep.

In the US, the reaction to the threat of the same virus has been to encourage people to wake up, go out and spend. Going out, being social and spending money you don’t have involves congregating and chatting to strangers; in other words, creating precisely the most fertile ground for viral contagion.

Given that we are in an election year, shutting the US economy down is not an action president Donald Trump will want to pursue. However, things may soon be out of his sanitised hands.