The economics I learned are now wrong 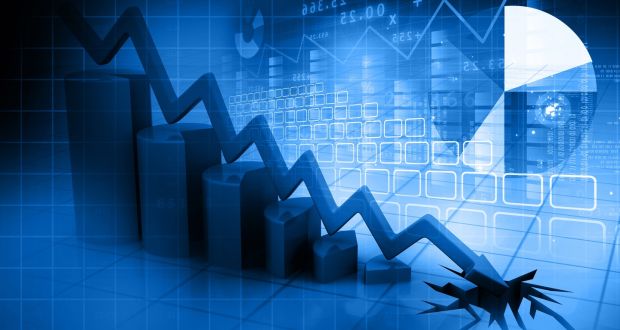 What if everything you know is wrong? Imagine what it would be like, had you devoted your professional life to a discipline governed by reasonably predictable rules, only to find out, 25 years later that the rules no longer applied?

Spare a thought for the traditional macroeconomist, who has seen this happen. But the changing economic rules also affect your pay packet, and not in a good way.

For most of the past century, the world’s policymakers have been on the alert for inflation. The 19th century was an era of practically zero inflation, whereas the 20th century, in economic terms, was a period characterised by inflation. This was most notable during the 1920s in Germany and Austria, the 1970s in the United Kingdom, and the late-1960s to early-1980s in the United States.

Many of those inflationary episodes were caused by countries printing money to get out of trouble, such as Germany in 1923. Others were less dramatic but ultimately also profoundly destabilising.

The core of this instability is that inflation destroys the return on savings, and savings are the nest-egg of the middle classes. The middle classes are the ballast that keep societies from lurching to extremes, because they have a stake in the future.

Indeed, a way to look at savings is that they signal a belief in the future: you postpone spending today to build up income for tomorrow, because you believe in tomorrow. If these savings are destroyed by inflation, which makes money worthless, then the promise of civilised society – that tomorrow will be better than today – is betrayed. Once this trust is betrayed, a chasm opens up, allowing extreme ideologies to fill the void.

For liberal democracies, inflation was much more than a monetary concept. Inflation – or more accurately the absence of inflation, was, a bedrock for political stability. Consequently, rules of thumb were adopted by the economic profession.

As a former central banker, I can tell you that these rules were dogma, regarded as articles of faith.

The central idea sounds reasonable: the economy has capacity constraints and, as an economy takes off, the idle capacity in the economy is used. Ultimately, what economists call the “output gap” (the gap between actual and maximum speed in the economic machine) closes, leading to overheating and higher prices, thus demanding that the central banks slam on the brakes.

The golden rule of macroeconomics (and thus, policymaking), was that the end of an economic upswing will be signalled by higher inflation, driven by wage inflation and the central bank slamming on the brakes. The brakes are higher interest rates.

Higher interest rates increase the cost of borrowing, penalise companies and punters who have borrowed too much and entice people with money to save rather than spend. Higher interest rates push up exchange rates, driving down import prices. This lowers the general level of prices.

Finally, the brakes force governments to borrow less, as borrowing would be more expensive. As a result, the domestic economy with its brakes on heads into a recession, bringing the overheating to a halt. As demand falls, prices fall, unemployment rises, and wages fall. Inflation falls, and we start all over again.

However, in recent years – at least since the 2008 crisis – the link between economic demand and inflation has broken down all over the world. For example, the US is in the 10th year of an expansion and its  economy is at full employment, yet inflation is nowhere to be seen.

The US 10-year long-term interest rate – the best leading indicator of future inflation – is at 1.7 per cent, meaning financial markets believe US inflation in 10 years will be no more than 1.7 per cent. And, if you think that is low, the Irish 10-year interest rate is 0.02 per cent, meaning the State can borrow here for nothing because the markets believe that the deflationary forces are so strong that there will be no inflation here in the next decade.

This is a new world. Why has inflation disappeared? And is it a good thing?

The first major reason is that great eras of technological innovation are always deflationary because they disrupt old business models. The late 19th century, with its great innovations such as electricity, telephones, fridges, cameras, typewriters and, of course, the combustion engine profoundly changed the world, smashed old businesses and dramatically decreased the costs of energy, communications and food preservation.

This was all deflationary and has its mirror today in the internet, smartphones, Airbnb, the Cloud and a host of new technologies that are changing the world. These innovations also bring consumers closer to producers, squeezing out the costs of “middlemen”.

The second major reason is the entry of billions of new workers to the global labour force. This has the effect of dragging wages in rich countries down to levels set in India and China.

As more and more companies have global supply chains, wages are dragged downwards. This means the ability of workers in wealthy countries to drive up their wages is limited by global conditions. So workers in richer countries tend to work harder for less.

Together, these two factors have caused inflation to disappear in the West. But the world needs a little inflation.

First, although hyper or prolonged high inflation destroys savings by making money worthless, very low or zero inflation and interest rates also destroy savings by making prudence pointless. If you are getting nothing on your deposits, why save for a rainy day?

Second, decades of very low interest rates profoundly amplify inequality because low interest rates drive up asset prices, stocks, property, houses, company valuation and the like. This means that those who depend on assets for their income – the already wealthy – get richer. Meanwhile, those who depend on wages for their income – employees – see their stake dwindle.

These ordinary people may not have a stake, but they do have votes. And they vote for protection from the global forces that are driving down their incomes and boosting the wealth of the elite. They vote for the slogan that will “Make America Great Again” or “Take Back Control” or “Get Brexit Done”.

Seeing this impact on politics, liberal democracies are learning that there are worse things than a bit of inflation.