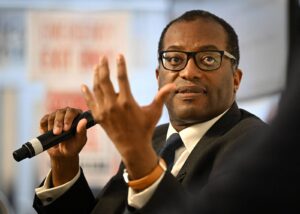 Balance sheets with too much debt, at variable rates, are about to be crushed. On the flip side, institutions that lent at fixed rates will also disappear.

Interest rates are the culprit. If interest rates are rising and your borrowings are at variable rates, you are facing a huge increase in monthly bills. If your rates of borrowing are fixed, you don’t have to worry too much – just yet.

On the other hand, if you are the lender and you have lent at fixed rates, you are screwed, because every time interest rates rise and you can’t pass on that rate rise, you are losing money. This is the new reality.

After almost a decade and a half of very low interest rates, global lending and borrowing has reached stratospheric proportions. Banks borrow from each other, while individuals lend to banks via their deposits and borrow from banks via their mortgages. Banks lend to private equity operations, who lend to developers to build, who sell to property funds, who themselves are nothing more than vehicles for other people’s lending.

In the global financial system, no one is too sure where borrowing starts and lending ends – everything is interrelated, interdependent, and ultimately fragile. The fragility is revealed as rates rise.

House prices will fall everywhere, obviously. It would be silly to put a figure on the extent of those falls or the precise time horizon, but when interest rates, led by the Fed, are on the way up, all asset prices are on their way down.

The extent of the fall in asset prices will be determined by the extent of the borrowing. All over the world, balance sheets are being wiped out. Carnage in 2023? 2008 all over again?

For now, the epicentre of the emerging global financial crisis is London. If the UK, for centuries the home of financial capitalism, can’t stabilise its own bond market, what hope has the rest of the world?

Thankfully, Ireland’s national balance sheet is in better shape than ever before. Irish punters have saved more than almost any other western country. And the Government, thanks to our multinational friends, is running a surplus. As a result, the balance of payments is in the black.

These figures may seem remote, but they are important and will be the difference between a short sharp shock and a debilitating balance-sheet recession. When a country enters a crisis with a robust balance between savings and borrowings it makes a difference.

Our balance sheet could’ve been even better had the National Treasury Management Agency taken advantage of negative or zero interest rates to refinance some of Ireland’s existing debt with perpetual bonds when we had the chance two years ago, but that opportunity wasn’t seized. That said, the Irish opening balance isn’t in bad shape as we head into the storm. But things can still go pear-shaped.

What is happening in London now could happen within the euro zone, meaning a rerun of the euro bond crisis, with immediate implications for people’s – particularly younger people’s – mortgages, debts and balance sheets.

The UK began October with a current account deficit of over 8 per cent of GDP, meaning its living standards were rented not earned, based on Brits buying stuff today on the national never-never. Once you are in debt like this, the country is dependent on the kindness of strangers.

Those strangers (international lenders to the UK) would have been reassured if the UK government had acknowledged their understandable anxiety. But, rather than explain to investors how the UK was going to balance its books, the new zealot government gave the strangers the two fingers and declared that the country was going to borrow yet more.

Unfunded tax cuts worth around 2 per cent of GDP, allied to an even larger energy-price-relief package were announced, burdening yet more a Brexit-haunted economy with GDP already 4 per cent below what it might have been without Brexit.

Not a pretty picture.

Add to that inflation rates of above 10 per cent. And a know-all, or was it know-nothing, sacked chancellor who appeared to think that he, and only he, understood the world. The major problem for those looking in from outside is you have a Bank of England that needs to rein in the economy because of inflation, and a government obsessed by going for borrowed growth. Something has to give.

The problem for the Tories is they eventually run out of other people’s money. With all this in the mix, it is not surprising the strangers took flight, selling UK gilts [fixed-interest loan securities issued by the UK government].

And here is where all the borrowing and lending, contagion and interdependency come into play. UK pension funds hold 30 per cent of all gilts. They take in punters’ money and promise to pay the punter in, say, 30 years on retirement. Therefore, they must match that 30-year promise with a 30-year asset. They buy UK government IOUs. So far so good.

But because interest rates were so low, the only way the pension fund managers could make money to keep them in fine wines, fancy offices and the odd ski holiday or three was to leverage up their gilt portfolio, buying up more and more gilts to squeeze a decent income out of these very low interest rates.

Who lent to them? The banks, using punters’ deposits. Banks lent on margin, meaning they took 10 per cent in cash and lent the rest in kind, taking the gilt as security with the stipulation that if the gilt price fell, the pension funds would stump up hard cash. As long as the gilt price was stable, this allowed the pension funds to make income on allegedly low risk and the banks to lend out to blue chip companies.

But due to the Brexit jihadists in government and their infantile grasp of economics, strangers sold gilts and prices collapsed, meaning the pension funds needed to come up with hard cash. They could only come up with cash if they sold assets. But what assets did they own? Gilts! They had to sell gilts to come up with cash calls that were being caused by selling gilts in the first place!

This is the conundrum the UK finds itself in. The Bank of England is just about holding the line, but this could collapse at any stage.

If you think this can’t happen anywhere else, don’t kid yourself. Watch this space.

An outstand?ng share! I have just forwarded this onto a friend who ?as conducting a little research on this. I used to b? checking continuously this website and I’m inspired! I used to be seeking this particular info for a very lengthy time. I am linking to this great post on my site: https://www.health-hot.com Thanks and good luck.