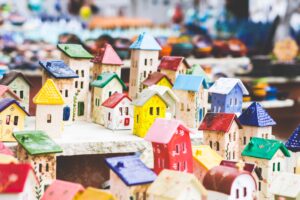 Nothing invites criticism quite like a column from an economist producing evidence, via facts and data, indicating that Ireland is not such a bad place. Critics on the hand-wringing left argue that Ireland is a neoliberal, fat-cat kleptocracy, while critics on the nativist right warn of a multicultural powder keg.

Both extremes have specific and legitimate grievances that represent real voter concern but the general picture in Ireland is far removed from the dystopia of the right and the left. The “Ireland is crap” brigade are way off the mark: Ireland is among the least unequal countries in the world, while the Irish tax and welfare systems, far from bolstering inequality, work the hardest in the world to redistribute income from the richest earners to the poorest.

The evidence you are about to read serves to reinforce the need to fix Ireland’s housing crisis, which undermines the achievements of our economy and besmirches our society. If we fix housing, we fix almost everything, as most of the other heavy lifting has been accomplished.

The Financial Times’ economics journalist John Burn-Murdoch is incredibly skilled at explaining dense data in a visual and comprehensible way. He wrote a column last week about the levels of income inequality in the UK and the United States, concluding that the two countries displayed levels of inequality far exceeding those in other well-off countries.

This description chimed with my own experience in the UK. A few years back, having accompanied an under-13s football team (Cabinteely Boys) on a trip to Birmingham, I remember being taken aback by the poverty. Watching schoolboy football takes you all over Dublin — you get to see it all, including Cherry Orchard, incidentally, one of the great Irish schoolboy football clubs. Nothing compares to the urban poverty on view in Stechford, east Birmingham.

The Financial Times article trawled the data for disposable income, covering various income groups from the poorest to the richest people in a variety of countries. It found that the gaps between the richest and poorest were most stark in the UK and the US, which is not so surprising. Much of the economic and social policy pursued by both countries was designed to engineer such an outcome. Fascinated by such a comprehensive investigation, I asked Burn-Murdoch to send me the Irish data. The result is the chart above comparing Norway and Switzerland, the two best countries in which to be born either rich or poor, with the UK, US and Ireland, showing progress since 2005.

Looking at the very richest first, the chart tells us that being in the richest cohort in Ireland, the UK or Norway puts you among the richest people in the world. These are Irish people who take home about €95,000 or more after tax. Only the Swiss rich are much richer. Being in the top 10 highest earners in the country also puts you in the extremely rich global club. As you can see, the American wealthy leave the rest behind. Interestingly, Irish wealthy people are wealthier than their UK counterparts, meaning they have more disposable income.

As we can see from the data, the poorest 10 per cent in Ireland rank well above the developed-world average and some 45 per cent above their counterparts in the UK, while the bottom 5 per cent of Irish earners have a standard of living which is 63 per cent higher than the poorest people in the UK.

Socially, Ireland left the UK behind a long time ago. And although it seems natural to benchmark ourselves against our neighbours, such comparisons flatter to deceive; we should compare ourselves with other developed social democratic countries in the European Union. However, this UK and international data will be interesting for the coming debate on a united Ireland. As Northern Ireland is among the poorest region in an already poor UK, one shudders to think what the comparators might reveal.

As is always the case with statistics, the old expression “every statistic has an agenda” should be kept in mind. Quite apart from disposable income survey data, which is the standardised way of measuring international living standards, there is another series published by the EU called actual individual consumption or AIC. This attempts to measure consumption per head of public and private goods. On this measure, Ireland comes out below the EU average and is used by others to argue that the country is poorer than the disposable income data indicates. However, AIC is an average figure, meaning you add up everything and divide it by the number of people to get a per-capita figure.

This approach masks a problem with averages. For example, say you were drinking with your four friends and those at the table had an average pretax income of €50,000. If Denis O’Brien joined you (worth €3.2 billion, apparently), the average income of the table would go up to €640 million. You get the picture.

Also, as AIC takes in health provision, Ireland, with not only the youngest population in Europe but also the smallest old population because of outsize emigration until the late 1980s, consumes less healthcare. Furthermore, AIC does not capture the fact that Irish people save a lot more than the rest of the EU — 19.1 per cent compared with 14.5 per cent, meaning a full 4.5 per cent of income is not captured.

The evidence reveals that Irish standards of living are high relative to the rest of our peers and that levels of income inequality between top earners and bottom earners are far better than the UK and are on par with other EU countries. Our tax and welfare systems are highly progressive. But the big problem is housing. Unless Ireland faces down property interests and builds tens of thousands of homes at every price range, then all the good work will come to nowt.

What better incentive can there be to get our houses in order?